How to Become a Fuel Truck Driver

What is a Fuel Truck Driver

Without fuel truck drivers, gas stations wouldn't have a steady supply of gas to provide to the public. Therefore, the job of a fuel truck driver is imperative to maintaining the normal way of life.

In essence, a fuel truck driver is responsible for transporting fuel to various destinations, be it gas stations or fuel reservoirs. Like other truck drivers, they must use proper driving techniques and be on high alert to be able to transport fuel safely and efficiently. Furthermore, a fuel truck driver is also responsible for conducting regular inspections on their tucks and performing basic maintenance on and off the road.

The basic requirements for this job are a high school diploma, a commercial driver's license, and basic training in truck driving. The length of training that one would need to qualify depends on their employer, but in general, it can take around three to six months before one can drive independently.

When it comes to compensation, the salary of a fuel truck driver is around $53,000 a year. Aside from good pay, this job also offers a lot of great benefits.

There is more than meets the eye when it comes to being a Fuel Truck Driver. For example, did you know that they make an average of $27.39 an hour? That's $56,969 a year!

What Does a Fuel Truck Driver Do

There are certain skills that many Fuel Truck Drivers have in order to accomplish their responsibilities. By taking a look through resumes, we were able to narrow down the most common skills for a person in this position. We discovered that a lot of resumes listed Hand-eye coordination, Physical health and Visual ability.

How To Become a Fuel Truck Driver

In addition to switching up your job search, it might prove helpful to look at a career path for your specific job. Now, what's a career path you ask? Well, it's practically a map that shows how you might advance from one job title to another. Our career paths are especially detailed with salary changes. So, for example, if you started out with the role of Hauler you might progress to a role such as Transportation Driver eventually. Later on in your career, you could end up with the title Operations Manager.

Fuel Truck Drivers in America make an average salary of $56,969 per year or $27 per hour. The top 10 percent makes over $84,000 per year, while the bottom 10 percent under $38,000 per year.
Average Salary
$56,969
Find Your Salary Estimate
How much should you be earning as an Fuel Truck Driver? Use Zippia's Salary Calculator to get an estimation of how much you should be earning.

Learn How To Write a Fuel Truck Driver Resume

At Zippia, we went through countless Fuel Truck Driver resumes and compiled some information about how to optimize them. Here are some suggestions based on what we found, divided by the individual sections of the resume itself.

Zippia allows you to choose from different easy-to-use Fuel Truck Driver templates, and provides you with expert advice. Using the templates, you can rest assured that the structure and format of your Fuel Truck Driver resume is top notch. Choose a template with the colors, fonts & text sizes that are appropriate for your industry. 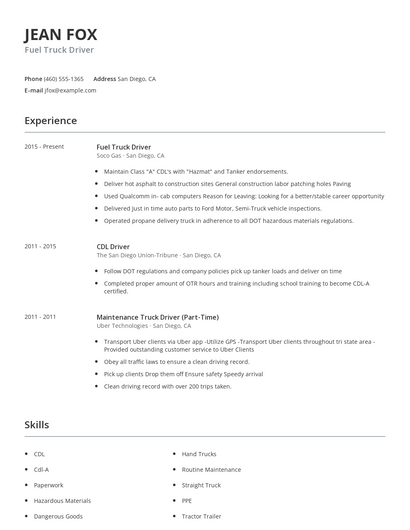 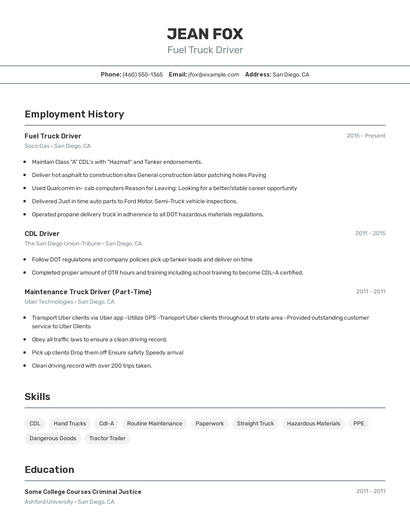 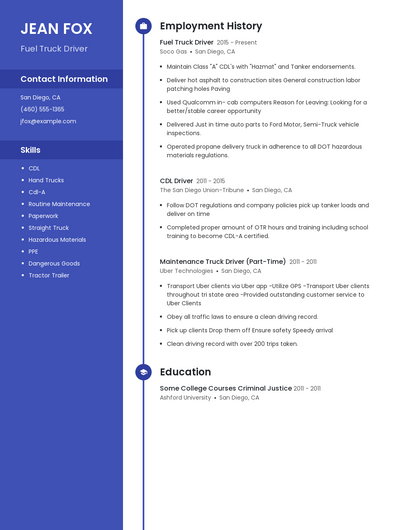 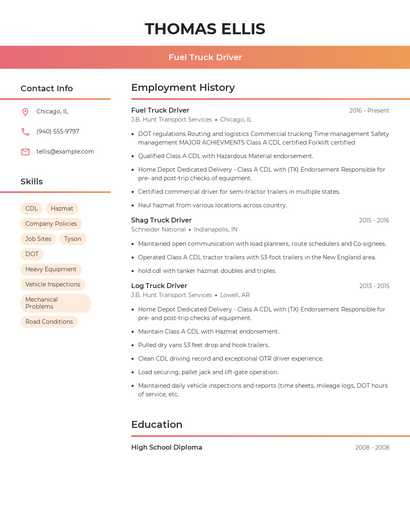 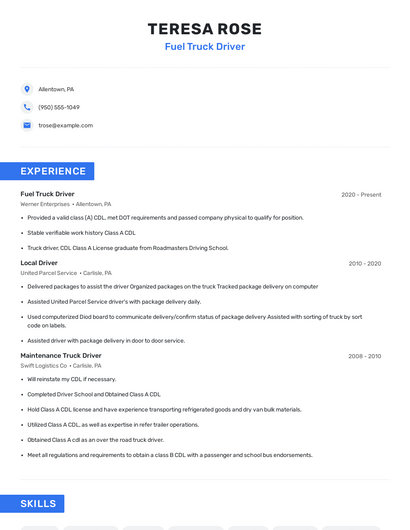 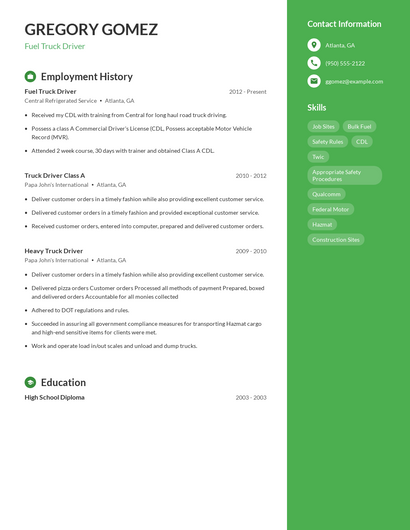 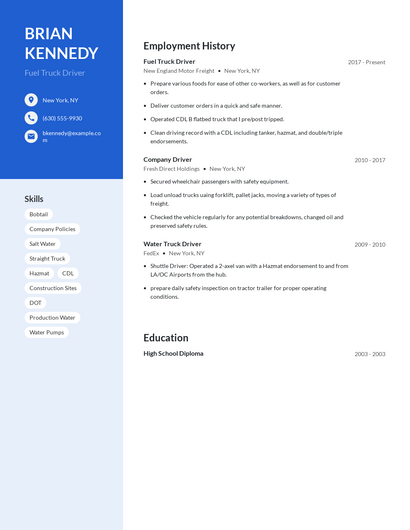 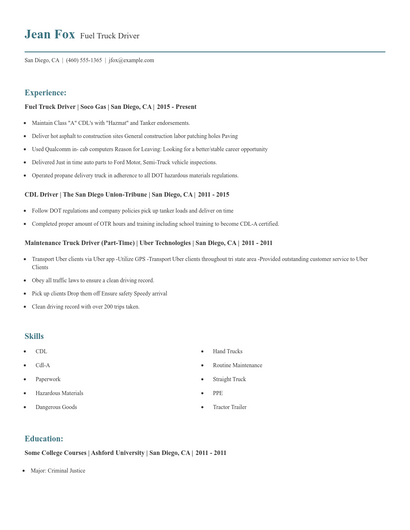 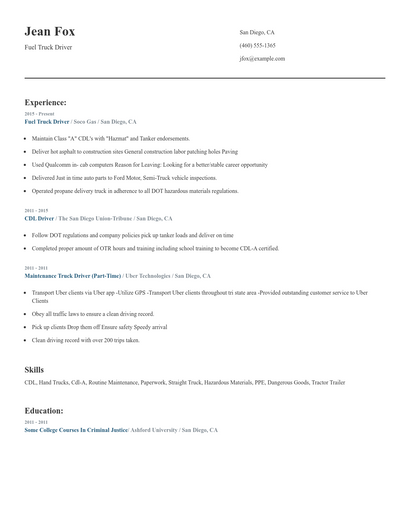 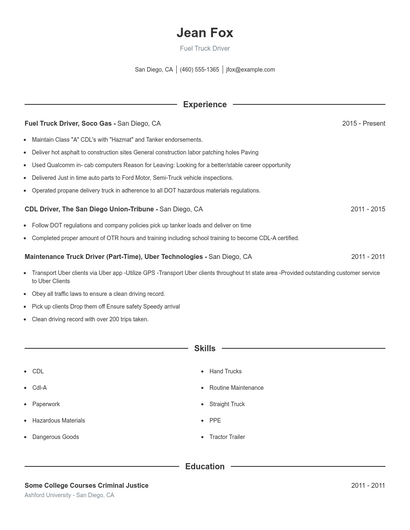 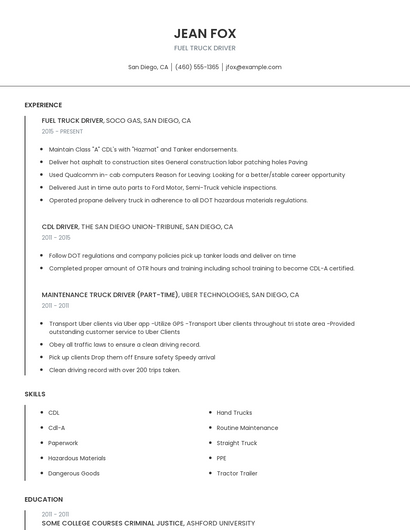 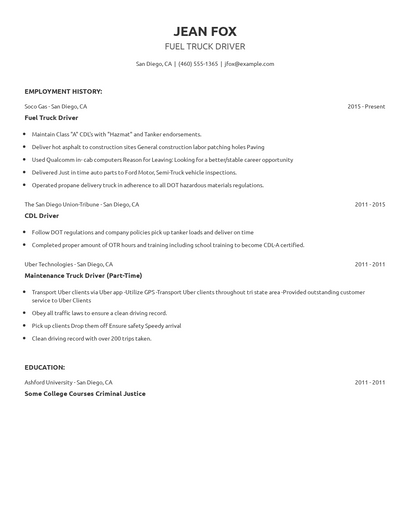 Find the best Fuel Truck Driver job for you

Find the best Fuel Truck Driver job for you

Online Courses For Fuel Truck Driver That You May Like

Batteries, Fuel Cells, and their Role in Modern Society

In today's world, we see game-changing movements in transportation and energy markets. A better understanding of the processes involved can help you to find your own role in these incipient shifts and take advantage of monumental changes down the road. This course is an elementary introduction to batteries and fuel cell, the cornerstone of electromobility and renewable energy, the main drivers of sustainable development. Learning the lessons of history, understanding the main driving forces,...

How to give the best customer service in your industry and keep those customers raving about your business...

The skills section on your resume can be almost as important as the experience section, so you want it to be an accurate portrayal of what you can do. Luckily, we've found all of the skills you'll need so even if you don't have these skills yet, you know what you need to work on. Out of all the resumes we looked through, 29.2% of Fuel Truck Drivers listed CDL on their resume, but soft skills such as Hand-eye coordination and Physical health are important as well.

How Do Fuel Truck Driver Rate Their Jobs? 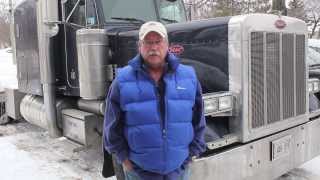 Should I Become an Owner Operator? 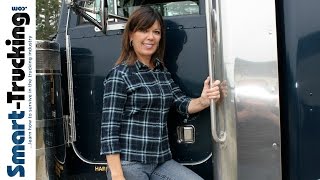