How to Become a General Contractor

What is a General Contractor

A general contractor is responsible for overseeing work at a construction site. They communicate with clients and coordinate subcontractors, taking care of various segments of the work. They consult with designers, provide an estimate for the budget, and carry out the plan.

General contractors are responsible for the outcome of a building project, sometimes participating in the actual manual labor as well, while other times they manage several construction crews at different sites. They manage everything from schedules to work permits and equipment.

Becoming a general contractor is less about textbook knowledge than hands-on experience in the construction business. Reading blueprints, drawing up estimates, keeping track of things, and communicating with clients and workers is most of the job. More often than not, general contractors start out as skilled builders and pick up the rest along the way.

There is more than meets the eye when it comes to being a General Contractor. For example, did you know that they make an average of $34.48 an hour? That's $71,726 a year!

What Does a General Contractor Do

There are certain skills that many General Contractors have in order to accomplish their responsibilities. By taking a look through resumes, we were able to narrow down the most common skills for a person in this position. We discovered that a lot of resumes listed Analytical skills, Business skills and Customer-service skills.

How To Become a General Contractor

In addition to switching up your job search, it might prove helpful to look at a career path for your specific job. Now, what's a career path you ask? Well, it's practically a map that shows how you might advance from one job title to another. Our career paths are especially detailed with salary changes. So, for example, if you started out with the role of Project Manager you might progress to a role such as Director Of Construction eventually. Later on in your career, you could end up with the title Director Of Construction.

Average Salary for a General Contractor

General Contractors in America make an average salary of $71,726 per year or $34 per hour. The top 10 percent makes over $122,000 per year, while the bottom 10 percent under $41,000 per year.
Average Salary
$71,726
Find Your Salary Estimate
How much should you be earning as an General Contractor? Use Zippia's Salary Calculator to get an estimation of how much you should be earning.

Learn How To Write a General Contractor Resume

At Zippia, we went through countless General Contractor resumes and compiled some information about how to optimize them. Here are some suggestions based on what we found, divided by the individual sections of the resume itself.

Zippia allows you to choose from different easy-to-use General Contractor templates, and provides you with expert advice. Using the templates, you can rest assured that the structure and format of your General Contractor resume is top notch. Choose a template with the colors, fonts & text sizes that are appropriate for your industry. 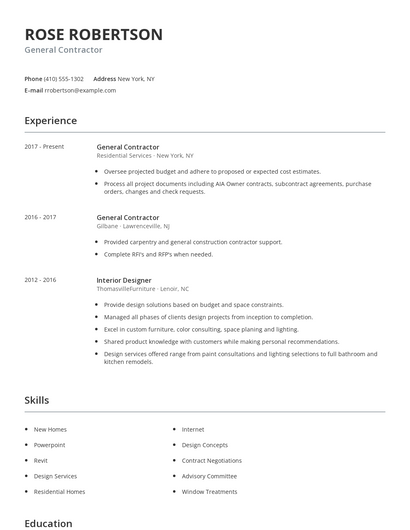 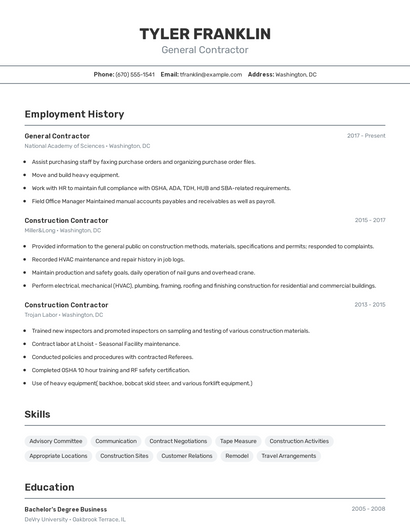 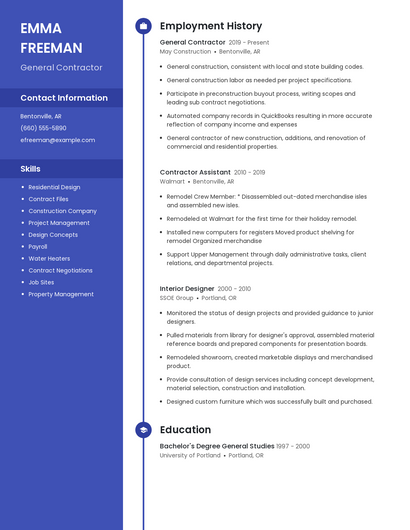 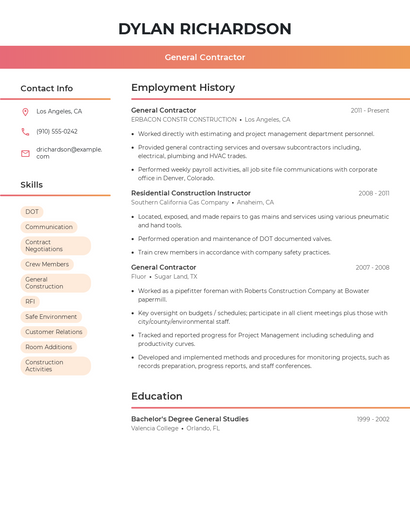 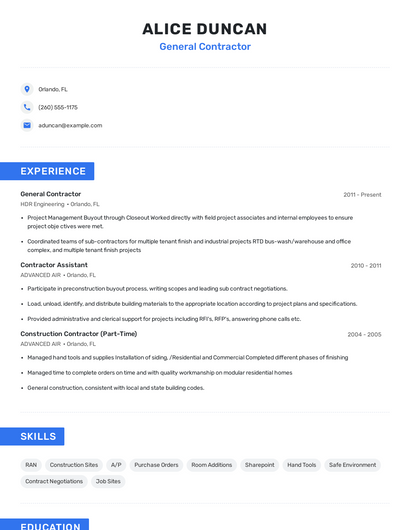 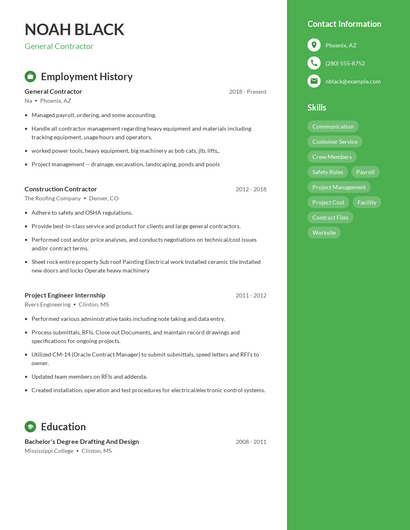 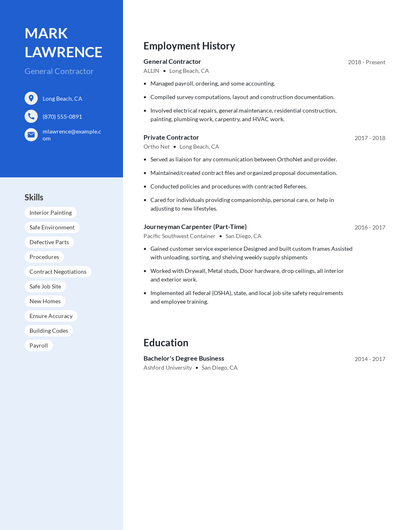 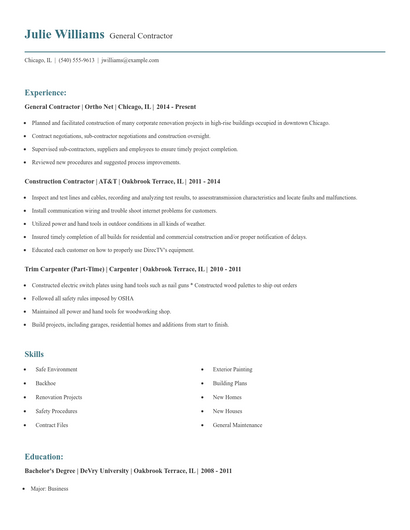 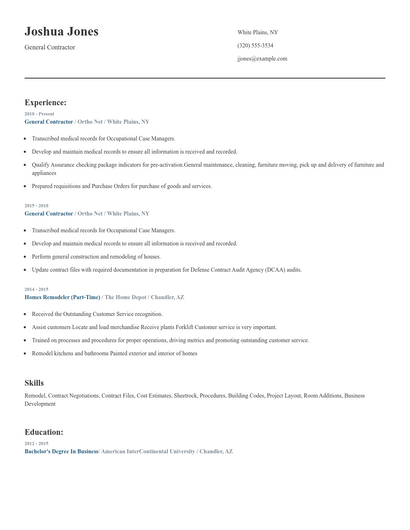 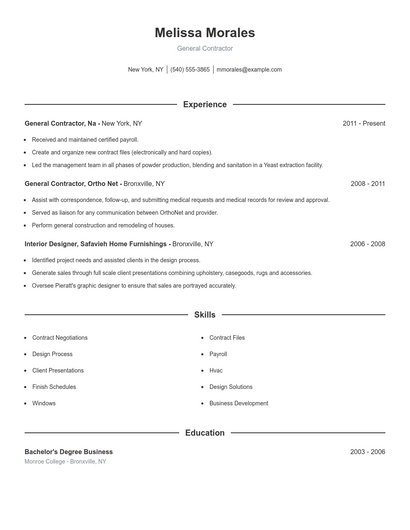 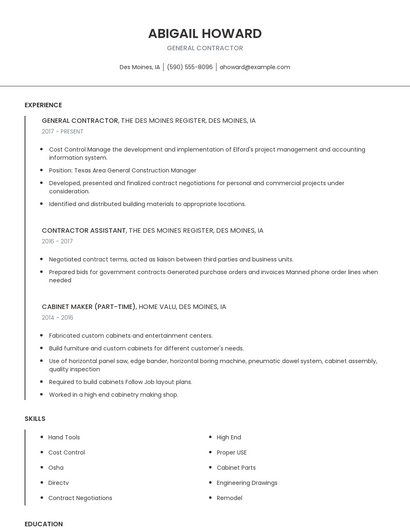 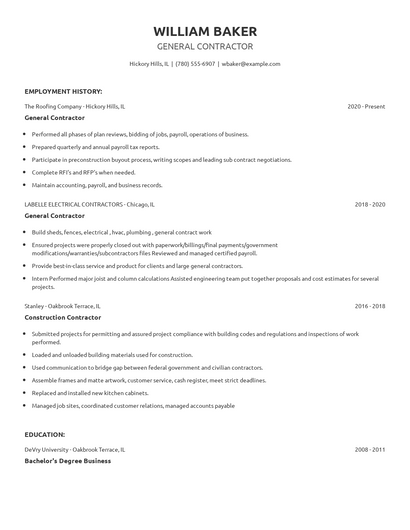 Find the best General Contractor job for you

Find the best General Contractor job for you

Online Courses For General Contractor That You May Like

Top Skills For a General Contractor

The skills section on your resume can be almost as important as the experience section, so you want it to be an accurate portrayal of what you can do. Luckily, we've found all of the skills you'll need so even if you don't have these skills yet, you know what you need to work on. Out of all the resumes we looked through, 13.9% of General Contractors listed Safety Rules on their resume, but soft skills such as Analytical skills and Business skills are important as well.

How Do General Contractor Rate Their Jobs?

Most Common Employers For General Contractor 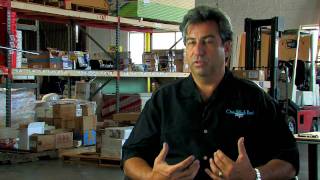 What are the Responsibilities of a General Contractor? 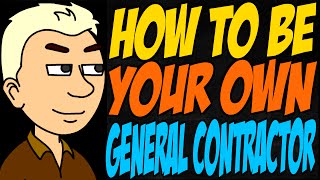 How to Be Your Own General Contractor 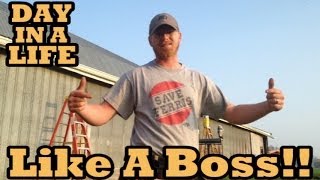 DAY IN A LIFE | General Contractor | Like A Boss!!