How to Become a General Manager

What is a General Manager

General managers are pretty important in the workplace. Employees look up to people in these positions for guidance on policies and management of daily operations. A general manager can be useful in almost every industry, that's why this is a great position if you're looking for lots of opportunity.

General Managers are generally found in business settings, but they can also work in industries like the sound recording industry. There's no limit to where you can take this position. The possibilities are truly endless.

There is more than meets the eye when it comes to being a general manager. For example, did you know that they make an average of $39.8 an hour? That's $82,775 a year!

What Does a General Manager Do

There are certain skills that many general managers have in order to accomplish their responsibilities. By taking a look through resumes, we were able to narrow down the most common skills for a person in this position. We discovered that a lot of resumes listed communication skills, leadership skills and management skills.

Learn more about what a General Manager does

How To Become a General Manager

Our resume builder tool will walk you through the process of creating a stand-out General Manager resume.

Average Salary for a General Manager

General Managers in America make an average salary of $82,775 per year or $40 per hour. The top 10 percent makes over $128,000 per year, while the bottom 10 percent under $53,000 per year.
Average Salary
$82,775
Find Your Salary Estimate
How much should you be earning as an General Manager? Use Zippia's Salary Calculator to get an estimation of how much you should be earning.
See More Salary Information

Designing and figuring out what to include on your resume can be tough, not to mention time-consuming. That's why we put together a guide that is designed to help you craft the perfect resume for becoming a General Manager. If you're needing extra inspiration, take a look through our selection of templates that are specific to your job.

Learn How To Write a General Manager Resume

At Zippia, we went through countless General Manager resumes and compiled some information about how to optimize them. Here are some suggestions based on what we found, divided by the individual sections of the resume itself.

Find the best General Manager job for you

Our resume builder tool will walk you through the process of creating a stand-out General Manager resume.

Find the best General Manager job for you

Online Courses For General Manager That You May Like

Top Skills For a General Manager

The skills section on your resume can be almost as important as the experience section, so you want it to be an accurate portrayal of what you can do. Luckily, we've found all of the skills you'll need so even if you don't have these skills yet, you know what you need to work on. Out of all the resumes we looked through, 23.5% of general managers listed customer service on their resume, but soft skills such as communication skills and leadership skills are important as well.

Best States For a General Manager

Some places are better than others when it comes to starting a career as a general manager. The best states for people in this position are Washington, California, Nevada, and New Jersey. General managers make the most in Washington with an average salary of $106,762. Whereas in California and Nevada, they would average $105,238 and $104,812, respectively. While general managers would only make an average of $99,107 in New Jersey, you would still make more there than in the rest of the country. We determined these as the best states based on job availability and pay. By finding the median salary, cost of living, and using the Bureau of Labor Statistics' Location Quotient, we narrowed down our list of states to these four.

Total General Manager Jobs:
931
Highest 10% Earn:
$193,000
Location Quotient:
0.93
Location Quotient is a measure used by the Bureau of Labor Statistics (BLS) to determine how concentrated a certain industry is in a single state compared to the nation as a whole. You can read more about how BLS calculates location quotients here

Total General Manager Jobs:
13,137
Highest 10% Earn:
$195,000
Location Quotient:
0.93
Location Quotient is a measure used by the Bureau of Labor Statistics (BLS) to determine how concentrated a certain industry is in a single state compared to the nation as a whole. You can read more about how BLS calculates location quotients here

Total General Manager Jobs:
2,768
Highest 10% Earn:
$165,000
Location Quotient:
1.04
Location Quotient is a measure used by the Bureau of Labor Statistics (BLS) to determine how concentrated a certain industry is in a single state compared to the nation as a whole. You can read more about how BLS calculates location quotients here

How Do General Manager Rate Their Jobs?

I have direct impact on building structure into the organisation. Creating policies that make our company safe and efficient. Develop and mentor employees to achieve company goals. Show More

The only thing that would make my career a little better is the pay. Show More

Being the captain of the team and encouraging positive results. Show More

The company I worked for didn't do a lot to upgrade their processes and got caught up in some greedy business that hasn't paid off for the company. Show More
1
2 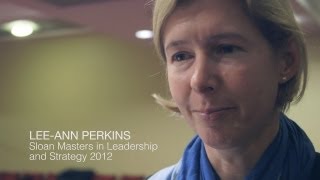 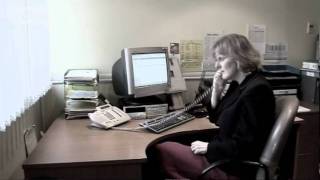 Is a GM higher than a director?

No, a general manager is not higher than a director. General managers typically report to directors of operation and are ranked just below them in a company's hierarchy.

The distinction between the two professions is defined by their education and experience. The superior ranking of a director of operations sometimes comes down to advanced degrees or certifications.

A director of operations may hold an MBA and/or project manager certification. Both of these qualifications can set them apart from a general manager.

The biggest distinction between a general manager and a director of operations is the amount of job experience they have. Only very few directors have less than ten years of experience. Because directors oversee general managers, it is important that they have worked in that capacity or are very familiar with the GM's duties.

Is a general manager higher than a VP?

No, a general manager is not higher than a VP. Although companies can structure their management hierarchy in a variety of ways, general managers have a focus on the day-to-day operations of a division of a company or stand-alone branch.

General managers will report to upper management, which in turn set the GM's goals and targets. Vice presidents often work with general managers of divisions within the company to ensure that the overall goals of the company are being met.

It is also the role of a vice president to appoint division general managers if necessary and make sure that the larger company goals are reflected in the decisions made by general managers for their individual divisions.

What is a good salary for a general manager?

A good salary for a general manager is $100,000 per year, or close to it. There are many factors that influence the salary of a general manager, including their work experience and field of expertise.

General managers with degrees in agriculture and engineering make an average of $90,000 a year. General managers that work in these specialized areas and have senior-level experience often make well over $100,000 annually.

What is the career path for a general manager?

These degrees, along with internships and entry-level management experience, will prepare them for the many responsibilities of a general manager.

Because of the numerous responsibilities of a general manager, working in full-time positions that offer experience with teams, budgets, and the daily overseeing operations of a company or division is very important.

GMs have often worked in the role of a project manager or functioned as the head of a branch or division of a company. All of these work experiences help prepare a general manager for both day-to-day and big picture responsibilities connected to the job.

What is the difference between COO and general manager?

The biggest difference between a COO and a general manager involves the scope of their responsibilities. A COO is the second-highest member of management and typically oversees multiple general managers.

There isn't one specific type of COO. Rather, each company chooses a COO to meet its specific needs. While general managers oversee the day-to-day operations of a company division, a COO is often hired to fulfill several unique responsibilities.

Some COO hires are agents of change for a company. They are brought in to change the culture and oversee changes in strategy and personnel. Other times, an experienced COO is hired to mentor a less experienced CEO.

The role of a general manager nearly always focuses on running a division and overseeing employees, while a COO may be hired to act in a variety of unique roles at the top of a company's management team.