The Culture At General Mills

Information provided by the company
Developmental emphasis will focus on integrity, honor and advocacy for early career exploration. You will have a unique opportunity to develop yourself both professionally and socially.
Are you passionate about the future of food You've come to the right table.
If you're passionate about what motivates consumers to buy and thrive on building innovative marketing plans, we would love to hear from you.
We're passionate about food and driven by data.
NAR's objective is to become the most innovative food company in North America and its mission is to Be a Force for Good.

General Mills is one of the world's largest food companies. They're one of the world's largest food companies, marketing in more than 100 countries. They categorize their sales into three core business segments: - U.S. Retail - International - Convenience Stores & Foodservice U.S. Retail includes seven divisions that market brands such as Cheerios, Yoplait yogurt, Pillsbury refrigerated dough and Betty Crocker baking products. Its International sales excludes their proportionate share of two joint ventures: Cereal Partners Worldwide and Häagen-Dazs Japan.
The staff at General Mills come from unusually diverse demographic backgrounds. The company is 39.1% female and 34.7% ethnic minorities. General Mills employees are slightly more likely to be members of the Democratic Party than the Republican Party, with 63.0% of employees identifying as members of the Democratic Party. Despite their political differences, employees at General Mills seem to be happy. The company has great employee retention with staff members usually staying for 5.4 years. The average employee at General Mills makes $50,125 per year. In comparison, some of its highest paying competitors, like Ecolab, Campbell Soup, and The Clorox Company, pay $70,166, $59,491, and $59,008, respectively.
General Mills is an industry leader with 35,000 employees and an annual revenue of $17.6B that is headquartered in Minneapolis, MN.

We serve the world by making food people love.

Perks of Working at General Mills

General Mills is committed to providing employees with a progressive work environment that encourages innovation, productivity and balance. They also offer comprehensive medical and dental benefits as well as retirement benefits including 401(k) and a savings program.

Being part of the General Mills Community.

Their commitment to sustainability, regenerative agriculture, diversity, work/life balance, ability to WFH and use vacation without hesitation

Teams can be cliquey, if I bring up an issue with a coworker to management they blame me instead

I've had nothing but a positive experience working for General Mills. Employee self-care and balance have been widely encouraged during the pandemic. The pay and benefits far surpass my previous employers, the main campus in Golden Valley is amazing. They have a culture of development and rotating into other roles is encouraged. Very pleased.

I appreciate the half days on Fridays during the summer

The pay is good and I like interacting with different people.

12 hour long shifts and not being able to have time for myself.

High level of expertise among employees throughout all areas/departments of the company. Competitive pay and benefits.

Onboarding/training for promotions within the organization was sometimes lacking.

Golden Valley campus has everything you could need!
1
2
Anonymous review of General Mills

How would you rate working at General Mills?

What do you like about working for General Mills?

The Team At General Mills

The Inside Scoop
General Mills, Inc. is an American multinational manufacturer and marketer of branded consumer foods sold through retail stores. This company is one of the largest consumer products manufacturers and marketers in the world with over 100 brands that millions of people know and love. They market brands such as Cheerios cereal, Yoplait yogurt, Nature Valley, Pillsbury refrigerated dough and Betty Crocker baking products.
Show More

General Mills is ranked #44 on the Best Companies to Work For in Minnesota list. Zippia's Best Places to Work lists provide unbiased, data-based evaluations of companies. Rankings are based on government and proprietary data on salaries, company financial health, and employee diversity.

Do you Work At General Mills? 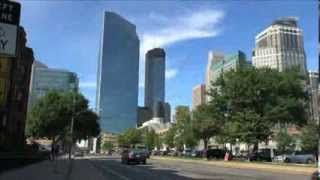 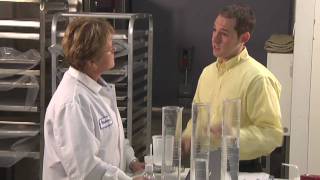 Meet General Mills and its Employees

How Would You Rate The Company Culture Of General Mills?

When was General Mills founded?

General Mills was founded in 1866.

How many Employees does General Mills have?

How much money does General Mills make?

General Mills generates $17.6B in revenue.

What industry is General Mills in?

General Mills is in the food processing industry.

What is General Mills's mission?

What type of company is General Mills?

General Mills is a public company.

Who are General Mills's competitors?

Who works at General Mills?

Are You An Executive, HR Leader, Or Brand Manager At General Mills?

Yes, General Mills drug tests. The company is known to drug test all potential hires during the pre-employment period before training. General Mills also often performs random drug tests on current employees. Sometimes these random drug screens can happen as frequently as on a monthly basis.

What is the dress code at General Mills?

The dress code at General Mills is business casual for corporate employees and a company uniform for factory workers.

Factory workers wear a uniform provided by General Mills. They also must wear steel-toed boots. Long hair and beards need to be restrained by a hair net in this setting as well.

Most Common Jobs At General Mills

Zippia gives an in-depth look into the details of General Mills, including salaries, political affiliations, employee data, and more, in order to inform job seekers about General Mills. The employee data is based on information from people who have self-reported their past or current employments at General Mills. The data on this page is also based on data sources collected from public and open data sources on the Internet and other locations, as well as proprietary data we licensed from other companies. Sources of data may include, but are not limited to, the BLS, company filings, estimates based on those filings, H1B filings, and other public and private datasets. While we have made attempts to ensure that the information displayed are correct, Zippia is not responsible for any errors or omissions or for the results obtained from the use of this information. None of the information on this page has been provided or approved by General Mills. The data presented on this page does not represent the view of General Mills and its employees or that of Zippia.