Operating for nearly 30 years, GEO has successfully completed well over 100 remediation projects, recovering over 10,000,000 pounds of contaminants.
The staff at GEO come from unusually diverse demographic backgrounds. The company is 40.4% female and 43.8% ethnic minorities. GEO employees are more likely to be members of the Republican Party than the Democratic Party, with 57.9% of employees identifying as members of the Republican Party. But those numbers could change quickly because the turnover rate at GEO is relatively high. Employees at GEO stay with the company for an average of 2.6 years before leaving. The average employee at GEO makes $55,731 per year. In comparison, some of its highest paying competitors, like East Mississippi Electric Power Association, Salisbury City Police Department, and Colonial, pay $65,401, $63,092, and $61,677, respectively.
GEO is a medium energy company with 690 employees and an annual revenue of $750,000 that is headquartered in California.

The Team At GEO

What do people say about GEO

GEO is ranked #64 on the Best Utilities Companies to Work For in California list. Zippia's Best Places to Work lists provide unbiased, data-based evaluations of companies. Rankings are based on government and proprietary data on salaries, company financial health, and employee diversity.

The average employee at GEO earns a yearly salary of $54,908 per year, but different jobs can earn drastically different salaries.

Some of the positions that earn high wages at GEO include team leader, geologist, senior consultant, and community relations director.

A worker with the title team leader salary at GEO can earn an average yearly salary of $100,693.

Some of the other roles at GEO are cashier and cleaner. A worker with the title cashier at GEO earns an average salary of $22,079 per year.

Do you Work At GEO? 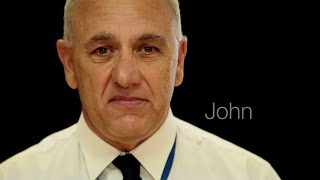 GEO Group Australia A Career in Corrections with GEO 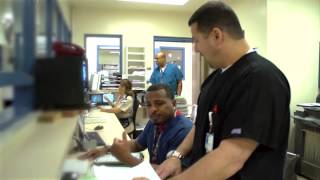 Day in the Life

4.5
Performance Score
We calculated the performance score of companies by measuring multiple factors, including revenue, longevity, and stock market performance.

How Would You Rate The Company Culture Of GEO?

Have you worked at GEO? Help other job seekers by rating GEO.

Some of the competitors of GEO are East Mississippi Electric Power Association, Salisbury City Police Department, and Colonial.

The average salaries at East Mississippi Electric Power Association rank the highest, with their employees earning an average salary of $64,880 per year.

The employees at Salisbury City Police Department earn an average yearly salary of $61,773 per year, and the salaries at Colonial average $61,313 per year.

How many Employees does GEO have?

How much money does GEO make?

What industry is GEO in?

GEO is in the utilities industry.

What type of company is GEO?

GEO is a private company.

Who are GEO's competitors?

Who works at GEO?

Where is GEO's headquarters?

GEO's headquarters is in Corona, CA.

Are You An Executive, HR Leader, Or Brand Manager At GEO?

Zippia gives an in-depth look into the details of GEO, including salaries, political affiliations, employee data, and more, in order to inform job seekers about GEO. The employee data is based on information from people who have self-reported their past or current employments at GEO. While we have made attempts to ensure that the information displayed are correct, Zippia is not responsible for any errors or omissions, or for the results obtained from the use of this information. The data presented on this page does not represent the view of GEO and its employees or that of Zippia.

GEO may also be known as or be related to GEO and Geo Inc.