The Culture At Giant Eagle

Information provided by the company
An interest in food doesn't quite scratch the surface for you; you're passionate about the business, the trends, and what makes customers tick. You have culinary vision beyond a simple "What's for dinner"
Giant Eagle Leaders are honest, engaging, respectful and authentic and display a curiosity about food. Leaders are an integral part of Giant Eagle's distinct point of difference.
Market, our mission is to be the fastest growing, most innovative, and best Cafe . Market in North America. We are driven by quality people, food and fuel providing an inviting place to get all the things our customers need right now! With you on our team, we can reach those goals every day.
Show More
Must have passion about shopping for others (shop as though you are shopping for someone you love) and understand the store and vast array of product offerings
Cultivate a fast, friendly culture by sharing warmth and passion for service with a smile with all Team Members and customers.

Ever wonder what happens to all the food in the world that doesn't get bought or even eaten? That's a big question, and one I don't really have an answer for. But what I do know is that American supermarket chain Giant Eagle is doing their part to make sure that lost and forgotten food gets used for good.

Giant Eagle was founded in Pittsburgh in 1931. They now have stores all over the northeastern part of the United States, in Pennsylvania, Ohio, West Virginia, Indiana and Maryland.

They've made it their mission to ingrain themselves deeply within the communities they serve. That means creating economic growth opportunities for people as well as creating a culture of giving back and helping those in need.

Diving Into the Values at Giant Eagle

Community Enrichment for a Finer Life

Giant Eagle is very much into community enrichment. It is clear that they understand that when they have the opportunity to pitch in and improve a community, their own little community will become better.

They sponsor a slew of charitable events in their communities, events which Giant Eagle employees are always volunteering at. Areas they focus on in their communities are hunger relief, general health and wellness, education, and, of course, community enrichment.

The community enrichment aspect is pitching in with things such as libraries, gardens, zoos, science centers and anything in a community that increases the quality of life for all.

The People at Giant Eagle

Giant Eagle looks to recruit people in all stages of life! You've never worked before but are finally starting to get that empty feeling? Submit your application! Maybe you've worked in corporate America for 50 years and are tired of the hustle and bustle. See what Giant Eagle has got. Those are the folks that comprise this progressive market.

This Eagle is Giant Enough For Everyone

When it comes to their culture of inclusion and diversity, Giant Eagle isn't just winging it... That felt a little forced. But really, Giant Eagle puts a huge emphasis on their inclusionary policies. It's become part of their identity.

They even have an executive position, along with an organized diversity council, that is solely dedicated to ensuring that the company is being as inclusive as possible. This is a company where everybody gets a chance. You'll get the chance to be a part of Team Member Point of View activities, which aren't things that most places offer. Those Team Member Point of View activities consists of employees working together to create presentations on things they find important. For example, Black History Month.

Another super cool thing that Giant Eagle does is organize Business Resource Groups. These BRGs key functions are basically to keep their place of work in check. They're also great networking opportunities and chances to share ideas that could influence the company's direction.

The 6 different types of BRGs are:

These types of groups show that the company is really invested in the growth of their employees. It isn't about just showing up on time and getting your work done with Giant Eagle. It's more about becoming a great person. It's about learning what it means to be a member of a community, which tends to be a blurred concept for us modern folks.

Giant Eagle doesn't play around with this type of stuff. Since 2016, they've won 11 national awards for their diversity and inclusion methods. I guess what I'm saying is you'll feel right at home.

The Benefits at Giant Eagle

You might not think that a grocery store chain would have the greatest benefits to offer. But Giant Eagle has a giant amount to offer when it comes to taking care of its employees. Their benefits go right along with their community enrichment ethos.

Some benefits of getting on with Giant Eagle are:

Make Sure To Pack Those Thinking Caps

Because there is such a varied set of positions for people in all stages of their lives at this company -- they could have a fourteen-year-old high school student interviewing the same day that someone with a master's degree and 15 years of marketing experience is interviewing -- there isn't really an average interview with Giant Eagle.

But what you can expect is that other than wanting to get to know you and hear about your goals, they will likely put you through some testing. So come prepared with your thinking cap!

A Spot for Anyone at Giant Eagle

The types of job opportunities available at Giant Eagle are as diverse as their workforce. It's hard to think of a more American first job than a bag boy/girl, a role that Giant Eagle has in spades. But they also hire for high-level managerial and executive positions. They have analysts on staff, recruiters, administrators for third party contractors. They've got night stockers (if you're an insomniac like me) and customer service reps.

Because of the global digitization pandemic, they also have tech and marketing jobs available. Giant Eagle is definitely a company pushing to remain as modern as possible and thrive across all digital platforms. Check them out on social, they do a bang-up job.

We are committed to doing business in socially and environmentally responsible ways that are good for our Team Members, customers, communities, shareholders and our planet.

I have nothing to say at this time. Great environment and I look forward to working with my co workers.

Weekly pay. 10% discount on Giant Eagle products. Whats not to like?

Pay is good for part time

Some of the people I have met there

The lack of communication between managers and departments

The people I work with are lovely

How would you rate working at Giant Eagle?

What do you like about working for Giant Eagle?

The Team At Giant Eagle

Giant Eagle is ranked #55 on the Best Retail Companies to Work For in America list. Zippia's Best Places to Work lists provide unbiased, data-based evaluations of companies. Rankings are based on government and proprietary data on salaries, company financial health, and employee diversity.

Do you Work At Giant Eagle? 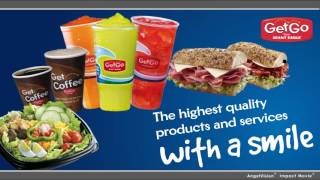 How Would You Rate The Company Culture Of Giant Eagle?

Have you worked at Giant Eagle? Help other job seekers by rating Giant Eagle.

Based on our research, similar companies to Giant Eagle are The Great Atlantic & Pacific Tea Company, Hannaford Bros Co, and Trader Joe's. The wages at The Great Atlantic & Pacific Tea Company average higher than the other similar companies, where the median salary is $44,157 per year. The employees at Hannaford Bros Co earn an average yearly salary of $33,908 per year, and the salaries at Trader Joe's average $33,774 per year.
Company

When was Giant Eagle founded?

How many Employees does Giant Eagle have?

How much money does Giant Eagle make?

Giant Eagle generates $8.9B in revenue.

What industry is Giant Eagle in?

Giant Eagle is in the retail (grocery) industry.

What is Giant Eagle's mission?

Giant Eagle's mission statement is "We are committed to doing business in socially and environmentally responsible ways that are good for our Team Members, customers, communities, shareholders and our planet."

What type of company is Giant Eagle?

Giant Eagle is a private company.

Who are Giant Eagle's competitors?

Who works at Giant Eagle?

Are You An Executive, HR Leader, Or Brand Manager At Giant Eagle?

Zippia gives an in-depth look into the details of Giant Eagle, including salaries, political affiliations, employee data, and more, in order to inform job seekers about Giant Eagle. The employee data is based on information from people who have self-reported their past or current employments at Giant Eagle. The data on this page is also based on data sources collected from public and open data sources on the Internet and other locations, as well as proprietary data we licensed from other companies. Sources of data may include, but are not limited to, the BLS, company filings, estimates based on those filings, H1B filings, and other public and private datasets. While we have made attempts to ensure that the information displayed are correct, Zippia is not responsible for any errors or omissions or for the results obtained from the use of this information. None of the information on this page has been provided or approved by Giant Eagle. The data presented on this page does not represent the view of Giant Eagle and its employees or that of Zippia.