The Culture At Graco

Information provided by the company
QED is the leading manufacturer of innovative environmental products.
If you are highly motivated and ambitious, ready to make a direct impact on our business and looking for a challenging and rewarding environment, you are looking at the right opportunity!

Since 1926, Graco Inc. has been a leading provider of premium pumps and spray equipment for fluid handling in the construction, manufacturing, processing and maintenance industries. Headquartered in Minneapolis, Minnesota, Graco works closely with distributors around the world to offer innovative products that set the quality standard for spray finishing, paint circulation, lubrication, sealant and adhesives dispensing, process application, and contractor power equipment. These best-in-class products are manufactured in the U.S. and China and supplied through our distribution centers in Minnesota, Belgium, Japan, Korea, China and Australia.
The staff at Graco come from unusually diverse demographic backgrounds. The company is 30.1% female and 30.5% ethnic minorities. Despite its diversity in other areas, Graco employees are noticeably lacking in political diversity. It has an unusually high proportion of employees who are members of the Republican Party, at 73.0%. Employees seem to enjoy working in an otherwise diverse workplace that is dominated by members of the Republican Party. Graco has great employee retention with staff members usually staying with the company for 4.1 years. The average employee at Graco makes $45,190 per year. Pay at Graco is significantly lower than some of its highest paying competitors, like Roper Technologies, Ecolab, and Koch Industries, which pay $77,669, $70,166, and $65,927, respectively.
Based in Minneapolis, MN, Graco is a key player in the manufacturing industry with 3,700 employees and an annual revenue of $1.7B.

No structure or consistency to the onboarding/inconsistent manager support

Good opportunities to work on projects and develop skills

Hard to advance past mid level

Do you work at Graco? Rate Graco as an Employer.

How would you rate working at Graco?

The Team At Graco

Graco is ranked #64 on the Best Companies to Work For in Minnesota list. Zippia's Best Places to Work lists provide unbiased, data-based evaluations of companies. Rankings are based on government and proprietary data on salaries, company financial health, and employee diversity.

Research Summary. Using a database of 30 million profiles, Zippia estimates demographics and statistics for Graco. Our estimates are verified against BLS, Census, and current job openings data for accuracy. After extensive research and analysis, Zippia's data science team found that:

Do you Work At Graco? 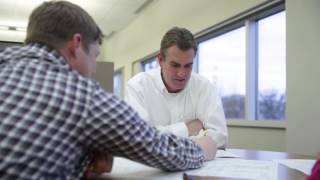 A Glance into Graco Employment 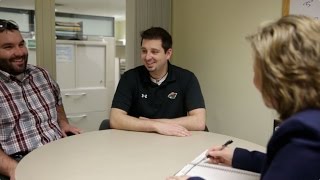 A Glance into Graco 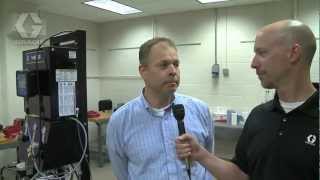 How Would You Rate The Company Culture Of Graco?

Have you worked at Graco? Help other job seekers by rating Graco.

When was Graco founded?

How many Employees does Graco have?

How much money does Graco make?

Graco generates $1.7B in revenue.

What industry is Graco in?

Graco is in the machinery industry.

What is Graco's mission?

What type of company is Graco?

Graco is a public company.

Who are Graco's competitors?

Who works at Graco?

Are You An Executive, HR Leader, Or Brand Manager At Graco?

Most Common Jobs At Graco

Zippia gives an in-depth look into the details of Graco, including salaries, political affiliations, employee data, and more, in order to inform job seekers about Graco. The employee data is based on information from people who have self-reported their past or current employments at Graco. The data on this page is also based on data sources collected from public and open data sources on the Internet and other locations, as well as proprietary data we licensed from other companies. Sources of data may include, but are not limited to, the BLS, company filings, estimates based on those filings, H1B filings, and other public and private datasets. While we have made attempts to ensure that the information displayed are correct, Zippia is not responsible for any errors or omissions or for the results obtained from the use of this information. None of the information on this page has been provided or approved by Graco. The data presented on this page does not represent the view of Graco and its employees or that of Zippia.

Graco may also be known as or be related to GRACO INC, Graco, Graco Inc, Graco Inc. and Graco India Pvt. Ltd.