H&R Block, Inc., or H&R Block, is an American tax preparation company operating in North America, Australia, and India. The company was founded in 1955 by brothers Henry W. Bloch and Richard Bloch. As of 2018, H&R Block operates approximately 12,000 retail tax offices staffed by tax professionals worldwide.
The staff at H&R Block come from unusually diverse demographic backgrounds. The company is 67.1% female and 38.9% ethnic minorities. Even though it has great demographic diversity, H&R Block notably lacks in political diversity. It has an unusually high proportion of employees who are members of the Democratic Party, at 65.6%. Despite having coworkers who agree with each other about politics, employees at H&R Block tend to have relatively short tenures. Staff members usually stay with the company for 2.5 years. The average employee at H&R Block makes $40,367 per year. Pay at H&R Block is significantly lower than some of its highest paying competitors, like PricewaterhouseCoopers, Ernst & Young, and Rehmann, which pay $89,336, $75,390, and $65,930, respectively.
A large professional company with 2,300 employees and an annual revenue of $3.0B, H&R Block is headquartered in Kansas City, Missouri.

We look at your life through tax, and we find ways to help.

The Team At H&R Block

The Culture At H&R Block

Information provided by the company
Maybe it's how determined, forward thinking and innovative we are, or how accessible our leadership is. We believe it's all those things, and much more.
A passion for differentiating experiences

Great co-workers on a local level. Very dedicated, caring people who are wiling to help each other. Also some great office managers and district managers on the local level. Show More

Same theme as many corporations today--corporate does not really care about the employees who are responsible for producing revenue and interfacing with clients. Block talks about valuing tax professionals; yet the tax preparers are squeezed every year. Two great examples---first take a look online at salaries for Block. District General Managers average roughly $120K per year and do not do taxes. Tax professionals with 2-3 years of experience make $14-$15 per hour during tax season (January-April) and are paid $10 per hour to work limited hours the other 8 months. All Block tax professionals are required to take 8 weeks per year off without pay. All Block tax professionals are required to complete a minimum of 19 hours of continuing education per year. It must be completed on your own time without pay, and Block even charges their tax professionals $35 per year to access the continuing education system. Show More

You can file your own taxes for free. Show More

They are forcing us to work through the Coronavirus without proper cleaning supplies. Show More

Pick your own schedule. Show More

I like the diversity in the staff. Show More

The compensation is not adequate for the job performed. Show More

Don't care about our clients. This season was all about the money. Forcing us to charge $50.00 to all Uber drivers just to give them advice. Show More

Do you work at H&R Block? Rate H&R Block as an Employer.

How would you rate working at H&R Block?

What do you like about working for H&R Block?

H&R Block is ranked #39 on the Best Companies to Work For in Missouri list. Zippia's Best Places to Work lists provide unbiased, data-based evaluations of companies. Rankings are based on government and proprietary data on salaries, company financial health, and employee diversity.

How much does H&R Block pay?
The national average salary for a H&R Block employee in the United States is $40,274 per year. Employees in the top 10 percent can make over $73,000 per year, while employees at the bottom 10 percent earn less than $22,000 per year.
9.3
Salary Score
Categories
Professional Companies
High Paying Jobs
District Manager, Technical Support Specialist
Highest Paying Location
Cambridge, MA
Want to know more?
Show Salaries
Average Employee Earnings
$50,393
$40,274
$37,831
$28,479
$27,089

The average employee at H&R Block earns a yearly salary of $40,274 per year, but different jobs can earn drastically different salaries.

Some of the positions that earn high wages at H&R Block include district manager, technical support specialist, tax associate, and marketing coordinator.

To get a better sense of the salaries at H&R Block, other roles such as cashier and receptionist can be considered as well. For comparison, the title cashier at H&R Block earns $24,168 per year.

On average, employees at H&R Block stay with the company for 2.5 years. Employees most commonly join H&R Block after leaving Walmart. When they leave H&R Block, they most frequently get their next job at Walmart.

9.4
Diversity Score
We calculated the diversity score of companies by measuring multiple factors, including the ethnic background, gender identity, and language skills of their workforce.

Do you Work At H&R Block? 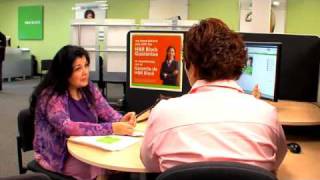 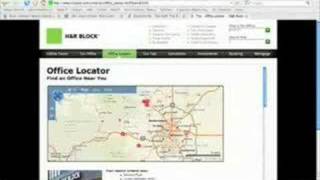 How Would You Rate The Company Culture Of H&R Block?

Have you worked at H&R Block? Help other job seekers by rating H&R Block.

Based on our research, similar companies to H&R Block are PricewaterhouseCoopers, Ernst & Young, and Rehmann.

The average salaries at PricewaterhouseCoopers rank the highest, with their employees earning an average salary of $89,082 per year.

How many Employees does H&R Block have?

How much money does H&R Block make?

H&R Block generates $3.0B in revenue.

What industry is H&R Block in?

H&R Block is in the personal services industry.

What is H&R Block's mission?

H&R Block's mission statement is "We look at your life through tax, and we find ways to help."

What type of company is H&R Block?

H&R Block is a public company.

Who are H&R Block's competitors?

Who works at H&R Block?

Where is H&R Block's headquarters?

Are You An Executive, HR Leader, Or Brand Manager At H&R Block?

Zippia gives an in-depth look into the details of H&R Block, including salaries, political affiliations, employee data, and more, in order to inform job seekers about H&R Block. The employee data is based on information from people who have self-reported their past or current employments at H&R Block. While we have made attempts to ensure that the information displayed are correct, Zippia is not responsible for any errors or omissions, or for the results obtained from the use of this information. The data presented on this page does not represent the view of H&R Block and its employees or that of Zippia.