The Culture At Hearst

Information provided by the company
We are looking for someone who is passionate about their city and passionate about digital sales. They are self-directed and entrepreneurial, ready to build a new business and learn along the way.
Cosmo passionately delivers content with purpose in an unapologetic and uniquely fun way. We're looking for an enterprising .
Our success is fueled by our talented technology teams that are driven by their passion to make a difference in patient care. Our employees work in a culture that is guided by values of caring, action, respect, excellence, and smile (a positive attitude).
Show More
What we do starts with our people. We are part of the Hearst Corporation, the world's leading media, entertainment, and content company, which gives us access to the most valuable insights, talent and audiences.
Hearst Television stations are the recipients of many of television's other highest awards for excellence in journalism, programming and community service, including the Walter Cronkite Awards, Peabody, the du Pont-Columbia University Journalism Award, the Sigma Delta Chi Award, the Gabriel, the Ad Council Silver Bell, the National Headliner Award, the Edward R. Murrow Award and the Emmy. Hearst Television is a wholly owned subsidiary of Hearst Corporation.
Show More

The Hearst Corporation is an American multinational diversified media and information company group that publishes daily and weekly newspapers, and magazines. The company also operates television stations and radio stations, and cable networks; and provides information, insights, analytics, and workflow solutions to finance, healthcare, and transportation markets. Some of its major ownership interests include 15 daily and 36 weekly newspapers and more than 300 magazines worldwide, including Harper's Bazaar, Cosmopolitan, Esquire, Elle, and O, The Oprah Magazine; 30 television stations through Hearst Television, Inc., which reach a combined 19% of U.S. viewers; ownership in leading cable networks, including A+E Networks, and ESPN Inc.; as well as business publishing, digital distribution, television production, newspaper features distribution, and real estate ventures. The Hearst Corporation was founded in 1887 and is based in New York City.
The staff at Hearst come from unusually diverse demographic backgrounds. The company is 53.8% female and 40.8% ethnic minorities. Despite its diversity in other areas, Hearst employees are noticeably lacking in political diversity. It has an unusually high proportion of employees who are members of the Democratic Party, at 81.0%. Employees seem to enjoy working in an otherwise diverse workplace that is dominated by members of the Democratic Party. Hearst has great employee retention with staff members usually staying with the company for 4.4 years. The average employee at Hearst makes $62,831 per year. In comparison, some of its highest paying competitors, like iCrossing, American Express Publishing, and A+E Networks, pay $98,135, $74,517, and $70,922, respectively.
Hearst is an industry leader with 20,000 employees and an annual revenue of $11.4B that is headquartered in New York, NY.

Our company's mission is still to inform, entertain and inspire.

The compensation is low and their are very few growth opportunities

Do you work at Hearst? Rate Hearst as an Employer.

How would you rate working at Hearst?

The Team At Hearst

Hearst is ranked #54 on the Best Media Companies to Work For in New York list. Zippia's Best Places to Work lists provide unbiased, data-based evaluations of companies. Rankings are based on government and proprietary data on salaries, company financial health, and employee diversity.

Research Summary. Using a database of 30 million profiles, Zippia estimates demographics and statistics for Hearst. Our estimates are verified against BLS, Census, and current job openings data for accuracy. After extensive research and analysis, Zippia's data science team found that:

Do you Work At Hearst?

Hearst employees are most likely to be members of the Democratic Party. The largest donation made to a political party by a Hearst employee was by Victor Ganzi. Victor Ganzi donated $140,300 to the Republican Party. 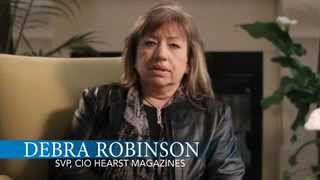 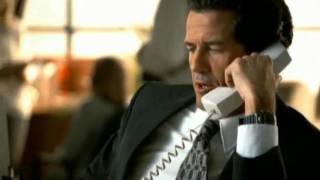 How Would You Rate The Company Culture Of Hearst?

Have you worked at Hearst? Help other job seekers by rating Hearst.

When was Hearst founded?

How many Employees does Hearst have?

How much money does Hearst make?

Hearst generates $11.4B in revenue.

What industry is Hearst in?

Hearst is in the mass media industry.

What is Hearst's mission?

Hearst's mission statement is "Our company's mission is still to inform, entertain and inspire."

What type of company is Hearst?

Hearst is a private company.

Who are Hearst's competitors?

Who works at Hearst?

William Randolph Hearst (Chairman of The Board)

Are You An Executive, HR Leader, Or Brand Manager At Hearst?

Most Common Jobs At Hearst

Zippia gives an in-depth look into the details of Hearst, including salaries, political affiliations, employee data, and more, in order to inform job seekers about Hearst. The employee data is based on information from people who have self-reported their past or current employments at Hearst. The data on this page is also based on data sources collected from public and open data sources on the Internet and other locations, as well as proprietary data we licensed from other companies. Sources of data may include, but are not limited to, the BLS, company filings, estimates based on those filings, H1B filings, and other public and private datasets. While we have made attempts to ensure that the information displayed are correct, Zippia is not responsible for any errors or omissions or for the results obtained from the use of this information. None of the information on this page has been provided or approved by Hearst. The data presented on this page does not represent the view of Hearst and its employees or that of Zippia.