The Culture At Hologic

Hologic, Inc. engages in the development, manufacture, and supply of medical imaging systems and diagnostic and surgical products focused on the healthcare needs of women. Products The company operates in four segments: Breast Health; Diagnostics; GYN Surgical; and Skeletal Health. BREAST HEALTH PRODUCTS The company's breast health business offers a line of breast imaging products, including the Selenia full field digital mammography system, a series of screen-film mammography systems, breast biopsy image guidance systems, computer-aided detection (CAD) systems for both screen-film and digital mammography, and DirectRay digital detectors. Its breast health business also includes its Interventional Breast Solutions family of products including breast biopsy devices, its MammoSite radiation therapy system and the MammoPad breast cushion. The company's photoconductor coating business, which it acquired in connection with its acquisition of its selenium coating capabilities for its digital detectors, is also a component of its breast health business. DirectRay Digital Detector: The company's DirectRay flat panel detector technology employs an amorphous selenium (a-Se) photoconductor to directly convert x-ray photons into an electrical signal. Selenia Full Field Digital Mammography System: The Selenia full field digital mammography system is based on its proprietary, amorphous selenium DirectRay digital detector, which preserves image quality by using amorphous selenium to directly convert x-rays to electronic signals, without first converting them to light. This direct conversion process preserves image sharpness by eliminating light diffusion.
The staff at Hologic come from unusually diverse demographic backgrounds. The company is 38.6% female and 39.1% ethnic minorities. Despite its diversity in other areas, Hologic employees are noticeably lacking in political diversity. It has an unusually high proportion of employees who are members of the Democratic Party, at 67.0%. Employees seem to enjoy working in an otherwise diverse workplace that is dominated by members of the Democratic Party. Hologic has great employee retention with staff members usually staying with the company for 4.9 years. The average employee at Hologic makes $71,662 per year. Pay at Hologic is significantly lower than some of its highest paying competitors, like Vertex Pharmaceuticals, Intuitive Surgical, and Amgen, which pay $98,515, $98,194, and $96,507, respectively.
A large health care company with 6,478 employees and an annual revenue of $3.8B, Hologic is headquartered in Massachusetts.

Great company, highly dedicated people. We all had a mission.

Do you work at Hologic? Rate Hologic as an Employer.

How would you rate working at Hologic?

The Team At Hologic

Hologic is ranked #54 on the Best Companies to Work For in Massachusetts list. Zippia's Best Places to Work lists provide unbiased, data-based evaluations of companies. Rankings are based on government and proprietary data on salaries, company financial health, and employee diversity.

Research Summary. Using a database of 30 million profiles, Zippia estimates demographics and statistics for Hologic. Our estimates are verified against BLS, Census, and current job openings data for accuracy. After extensive research and analysis, Zippia's data science team found that:

Do you Work At Hologic? 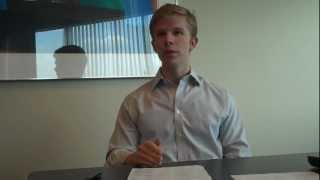 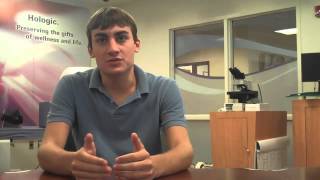 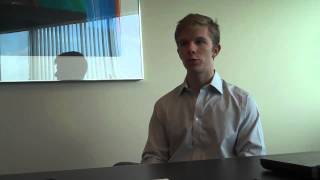 How Would You Rate The Company Culture Of Hologic?

Have you worked at Hologic? Help other job seekers by rating Hologic.

Some of the competitors of Hologic are Vertex Pharmaceuticals, Intuitive Surgical, and Amgen. The wages at Vertex Pharmaceuticals average higher than the other similar companies, where the median salary is $98,515 per year. The employees at Intuitive Surgical earn an average yearly salary of $98,194 per year, and the salaries at Amgen average $96,507 per year.
Company

When was Hologic founded?

How many Employees does Hologic have?

How much money does Hologic make?

Hologic generates $3.8B in revenue.

What industry is Hologic in?

Hologic is in the medical devices industry.

What is Hologic's mission?

What type of company is Hologic?

Hologic is a public company.

Who are Hologic's competitors?

Who works at Hologic?

Are You An Executive, HR Leader, Or Brand Manager At Hologic?

Zippia gives an in-depth look into the details of Hologic, including salaries, political affiliations, employee data, and more, in order to inform job seekers about Hologic. The employee data is based on information from people who have self-reported their past or current employments at Hologic. The data on this page is also based on data sources collected from public and open data sources on the Internet and other locations, as well as proprietary data we licensed from other companies. Sources of data may include, but are not limited to, the BLS, company filings, estimates based on those filings, H1B filings, and other public and private datasets. While we have made attempts to ensure that the information displayed are correct, Zippia is not responsible for any errors or omissions or for the results obtained from the use of this information. None of the information on this page has been provided or approved by Hologic. The data presented on this page does not represent the view of Hologic and its employees or that of Zippia.