What is a Hvac Installer?

So you bought a new HVAC and are now facing trouble installing the programs?. Don't worry; HVAC Installers will always be there for you. They can precisely deal with the installation process to keep you away from that mess. They are experts at the art and will perfectly fit it in your building without any sort of damage.

Installation is not their sole expertise, as they are well aware of the repair and maintenance of HVAC systems. You may contact them if your HVAC is not working well or is displaying poor performance. Clients also seek them for advice regarding basic troubleshooting of faults and proper use of the technology.

Legally speaking, you don't need any sort of education to become one. But a technical school diploma in heating and air conditioning will give you an edge. HVAC contractors and other companies pay them $13.11 per hour, on average. They usually work 40 hours every week but also may operate on weekends or evenings.

What Does a Hvac Installer Do

There are certain skills that many hvac installers have in order to accomplish their responsibilities. By taking a look through resumes, we were able to narrow down the most common skills for a person in this position. We discovered that a lot of resumes listed customer-service skills, detail oriented and math skills.

Learn more about what a Hvac Installer does

How To Become a Hvac Installer

As you move along in your career, you may start taking on more responsibilities or notice that you've taken on a leadership role. Using our career map, a hvac installer can determine their career goals through the career progression. For example, they could start out with a role such as hvac technician, progress to a title such as maintenance supervisor and then eventually end up with the title maintenance director.

Average Salary for a Hvac Installer

States With The Most Hvac Installer Jobs

Mouse over a state to see the number of active hvac installer jobs in each state. The darker areas on the map show where hvac installers earn the highest salaries across all 50 states.

2. SUNY College of Technology at Alfred

8. SUNY College of Technology at Canton

Top Skills For a Hvac Installer

The skills section on your resume can be almost as important as the experience section, so you want it to be an accurate portrayal of what you can do. Luckily, we've found all of the skills you'll need so even if you don't have these skills yet, you know what you need to work on. Out of all the resumes we looked through, 13.8% of hvac installers listed hvac on their resume, but soft skills such as customer-service skills and detail oriented are important as well.

Zippia allows you to choose from different easy-to-use Hvac Installer templates, and provides you with expert advice. Using the templates, you can rest assured that the structure and format of your Hvac Installer resume is top notch. Choose a template with the colors, fonts & text sizes that are appropriate for your industry.

Online Courses For Hvac Installer That You May Like

Advertising Disclosure  The courses listed below are affiliate links. This means if you click on the link and purchase the course, we may receive a commission.
HVAC Fundamentals and BMS Controls
4.6
(791)

Build your knowledge systematically, from building cooling load estimation, to sizing and selection of AHU and ductings...

your Practical Guide in the Heating Ventilation & Air Conditioning with Programs & Layouts (A Complete Project Included)...

Best States For a Hvac Installer

Some places are better than others when it comes to starting a career as a hvac installer. The best states for people in this position are Alaska, Washington, California, and Connecticut. Hvac installers make the most in Alaska with an average salary of $63,314. Whereas in Washington and California, they would average $62,246 and $60,508, respectively. While hvac installers would only make an average of $54,869 in Connecticut, you would still make more there than in the rest of the country. We determined these as the best states based on job availability and pay. By finding the median salary, cost of living, and using the Bureau of Labor Statistics' Location Quotient, we narrowed down our list of states to these four.

Total Hvac Installer Jobs:
189
Highest 10% Earn:
$84,000
Location Quotient:
1.6 Location Quotient is a measure used by the Bureau of Labor Statistics (BLS) to determine how concentrated a certain industry is in a single state compared to the nation as a whole. You can read more about how BLS calculates location quotients here

Total Hvac Installer Jobs:
273
Highest 10% Earn:
$93,000
Location Quotient:
1.05 Location Quotient is a measure used by the Bureau of Labor Statistics (BLS) to determine how concentrated a certain industry is in a single state compared to the nation as a whole. You can read more about how BLS calculates location quotients here

Total Hvac Installer Jobs:
96
Highest 10% Earn:
$76,000
Location Quotient:
1.29 Location Quotient is a measure used by the Bureau of Labor Statistics (BLS) to determine how concentrated a certain industry is in a single state compared to the nation as a whole. You can read more about how BLS calculates location quotients here

How Do Hvac Installer Rate Their Jobs?

Most Common Employers For Hvac Installer 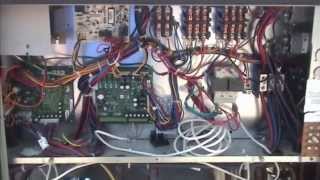 A Day in the Life of an HVAC Tech. 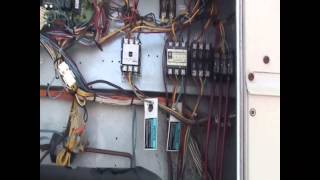 Another Day in the Life of an HVAC Technician 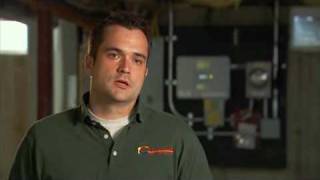