The Culture At iRobot

Information provided by the company
An environment that values and acts on new ideas. An attractive salary package with good benefits. Excellent career growth opportunities
Passion for creating innovative solutions for consumers
The iRobot design team is growing, and we are looking for curious designers who have a passion for making and creating.
We have a collaborative and supportive culture.
A beautiful office in Old Town Pasadena with great views of the San Gabriel mountains

iRobot designs and builds robots that empower people to do more. The company's home robots help people find smarter ways to clean and accomplish more in their daily lives. iRobot's portfolio of solutions features proprietary technologies for the connected home and advanced concepts in navigation, mobility, manipulation and artificial intelligence. iRobot was founded in 1990 by Massachusetts Institute of Technology roboticists with the vision of making practical robots a reality. iRobot's home robots are revolutionizing the way people clean - inside and out. More than 15 million home robots have been sold worldwide. The award-winning iRobot Roomba Vacuum Cleaning Robot is leading the charge. Roomba made practical robots a reality for the first time and showed the world that robots are here to stay. iRobot's acclaimed line of home robots also includes the iRobot Scooba Floor Scrubbing Robot, the iRobot Braava™ Floor Mopping Robot, the iRobot Mirra™ Pool Cleaning Robot and the iRobot Looj Gutter Cleaning Robot. In 2015, iRobot generated $617 million in revenue and employed more than 600 of the robot industry's top professionals, including mechanical, electrical and software engineers and related support staff. iRobot stock trades on the NASDAQ stock market under the ticker symbol IRBT. iRobot's corporate headquarters are located in Bedford, Mass. The company also has offices in California, the United Kingdom, Shanghai and Hong Kong.
Founded in 1990, iRobot is an established company that loves to hire graduates from Northeastern University, with 28.1% of its employees having attended Northeastern University. iRobot has established itself as a great place to work in Massachusetts, and it is number 3 on Zippia's list of Best Companies to Work for in Bedford, MA. The average employee at iRobot makes $88,585 per year. Pay at iRobot is significantly lower than some of its highest paying competitors, like Rambus, Synopsys, and Skyworks Solutions, which pay $128,259, $109,421, and $107,063, respectively.
iRobot is a medium technology company with 920 employees and an annual revenue of $1.4B that is headquartered in Bedford, MA.

To change the world by building practical robots that make a difference, while delivering increased value to our shareholders.

What do people say about iRobot

The Team At iRobot

iRobot is ranked #56 on the Best Companies to Work For in Massachusetts list. Zippia's Best Places to Work lists provide unbiased, data-based evaluations of companies. Rankings are based on government and proprietary data on salaries, company financial health, and employee diversity.

Do you Work At iRobot? 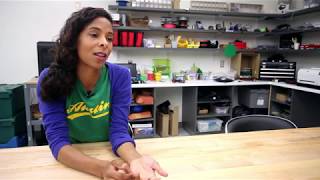 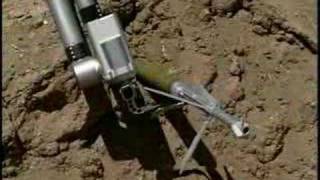 How Would You Rate The Company Culture Of iRobot?

Have you worked at iRobot? Help other job seekers by rating iRobot.

Based on our research, similar companies to iRobot are Rambus, Synopsys, and Skyworks Solutions. The wages at Rambus average higher than the other similar companies, where the median salary is $128,259 per year. Employees at Synopsys earn an average of $109,421 per year, and the employees at Skyworks Solutions earn an average salary of $107,063 per year.
Company

When was iRobot founded?

How many Employees does iRobot have?

How much money does iRobot make?

iRobot generates $1.4B in revenue.

What industry is iRobot in?

iRobot is in the robotics industry.

What is iRobot's mission?

iRobot's mission statement is "To change the world by building practical robots that make a difference, while delivering increased value to our shareholders."

What type of company is iRobot?

iRobot is a public company.

Who are iRobot's competitors?

Who works at iRobot?

Are You An Executive, HR Leader, Or Brand Manager At iRobot?

Zippia gives an in-depth look into the details of iRobot, including salaries, political affiliations, employee data, and more, in order to inform job seekers about iRobot. The employee data is based on information from people who have self-reported their past or current employments at iRobot. The data on this page is also based on data sources collected from public and open data sources on the Internet and other locations, as well as proprietary data we licensed from other companies. Sources of data may include, but are not limited to, the BLS, company filings, estimates based on those filings, H1B filings, and other public and private datasets. While we have made attempts to ensure that the information displayed are correct, Zippia is not responsible for any errors or omissions or for the results obtained from the use of this information. None of the information on this page has been provided or approved by iRobot. The data presented on this page does not represent the view of iRobot and its employees or that of Zippia.

iRobot may also be known as or be related to IROBOT CORP, Irobot, Irobot Corporation, Puresight Systems Private Limited, iRobot and iRobot Corporation.