The Culture At Jabil

Information provided by the company
Seeks challenges and opportunities to learn.
We work on innovative, state-of-the-art technologies from some of the world's most recognizable brands in the technology space.

Jabil is a product solutions company providing comprehensive design, manufacturing, supply chain and product management services. At Jabil, they are a product solutions company focused on empowering brands that have their sights set on empowering the world - it's their reason for being, and the guiding force driving them to become the most technologically advanced and most trusted in their field. Whether they are serving one of the world's biggest and best-known brands or the coolest tech startups, their resolve never wavers. They share common desires and values with these brands: to make a difference by empowering a better, healthier, safer, and cleaner world, in all they do.
The staff at Jabil come from unusually diverse demographic backgrounds. The company is 40.9% female and 41.7% ethnic minorities. Jabil employees are slightly more likely to be members of the Democratic Party than the Republican Party, with 63.0% of employees identifying as members of the Democratic Party. Despite their political differences, employees at Jabil seem to be happy. The company has great employee retention with staff members usually staying for 4.1 years. The average employee at Jabil makes $56,489 per year. In comparison, some of its highest paying competitors, like Thermo Fisher Scientific, ITW, and Terex, pay $64,129, $63,774, and $60,968, respectively.
Based in Saint Petersburg, FL, Jabil is an industry leader with 200,001 employees and an annual revenue of $27.3B.

Perks of Working at Jabil

Ability to grow and move up in the company due to it is a new start up company. I also like the way they work with you on time off if needed.

I wish we would go back to working 4-10 hr shifts. I prefer that schedule the best of any I worked.

all of them I feel like it is a great place to work. But can be alot of hours when the peek season is upon us.

The factory/warehouse is clean, somewhat organized.

I enjoyed taking apart the machines and putting them back together, like Humpty Dumpty.

Not having a lot of things to do, and waiting around.

favoritism , people getting jobs before it even being posted.

Do you work at Jabil? Rate Jabil as an Employer.

How would you rate working at Jabil?

The Team At Jabil

The Inside Scoop
Jabil (NYSE: JBL) is a manufacturing solutions provider that delivers comprehensive design, manufacturing, supply chain and product management services. Leveraging the power of over 200,000 people across 100 sites strategically located around the world, Jabil simplifies complexity and delivers value in a broad range of industries, enabling innovation, growth and customer success.
Show More

Jabil is ranked #64 on the Best Companies to Work For in Florida list. Zippia's Best Places to Work lists provide unbiased, data-based evaluations of companies. Rankings are based on government and proprietary data on salaries, company financial health, and employee diversity.

Research Summary. Using a database of 30 million profiles, Zippia estimates demographics and statistics for Jabil. Our estimates are verified against BLS, Census, and current job openings data for accuracy. After extensive research and analysis, Zippia's data science team found that:

Do you Work At Jabil? 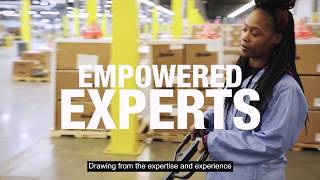 Who is Jabil? | Jabil

How Would You Rate The Company Culture Of Jabil?

Have you worked at Jabil? Help other job seekers by rating Jabil.

When was Jabil founded?

How many Employees does Jabil have?

How much money does Jabil make?

Jabil generates $27.3B in revenue.

What industry is Jabil in?

Jabil is in the manufacturing industry.

What type of company is Jabil?

Jabil is a public company.

Who works at Jabil?

Are You An Executive, HR Leader, Or Brand Manager At Jabil?

Most Common Jobs At Jabil

Zippia gives an in-depth look into the details of Jabil, including salaries, political affiliations, employee data, and more, in order to inform job seekers about Jabil. The employee data is based on information from people who have self-reported their past or current employments at Jabil. The data on this page is also based on data sources collected from public and open data sources on the Internet and other locations, as well as proprietary data we licensed from other companies. Sources of data may include, but are not limited to, the BLS, company filings, estimates based on those filings, H1B filings, and other public and private datasets. While we have made attempts to ensure that the information displayed are correct, Zippia is not responsible for any errors or omissions or for the results obtained from the use of this information. None of the information on this page has been provided or approved by Jabil. The data presented on this page does not represent the view of Jabil and its employees or that of Zippia.

Jabil may also be known as or be related to Jabil, Jabil Circuit Ukraine Ltd., Jabil Inc and Jabil Inc.