What is a Judge?

Judges primarily officiate court proceedings. They are also responsible for signing restraining orders, subpoenas, and other legal documents. Federal judges in the United States have to be appointed or elected to their positions. People who aspire to become a Judge must run for their local elections, garner their state governor's approval, or be directly appointed by the United States President.

Most states require their Judges to have a college diploma, at least. We found that Judges commonly hold specialized degrees in Law, Criminal Justice, Legal Research, and Advanced Professional Studies. Because this is such a high-skill job, many candidates take more time to establish their expertise by pursuing a Master's degree or Doctorate in those fields.

What Does a Judge Do

Learn more about what a Judge does

How To Become a Judge

Judges and hearing officers typically must have a law degree and work experience as a lawyer.

As you move along in your career, you may start taking on more responsibilities or notice that you've taken on a leadership role. Using our career map, a judge can determine their career goals through the career progression. For example, they could start out with a role such as law clerk, progress to a title such as attorney and then eventually end up with the title partner.

Average Salary for a Judge

States With The Most Judge Jobs

Mouse over a state to see the number of active judge jobs in each state. The darker areas on the map show where judges earn the highest salaries across all 50 states.

Number Of Judge Jobs By State

Top Skills For a Judge

The skills section on your resume can be almost as important as the experience section, so you want it to be an accurate portrayal of what you can do. Luckily, we've found all of the skills you'll need so even if you don't have these skills yet, you know what you need to work on. Out of all the resumes we looked through, 18.2% of judges listed legal issues on their resume, but soft skills such as listening skills and reading skills are important as well.

Zippia allows you to choose from different easy-to-use Judge templates, and provides you with expert advice. Using the templates, you can rest assured that the structure and format of your Judge resume is top notch. Choose a template with the colors, fonts & text sizes that are appropriate for your industry.

Advertising Disclosure  The courses listed below are affiliate links. This means if you click on the link and purchase the course, we may receive a commission.
Effective Legal Office Administration
4.3
(760)

About this Course This four-week course titled AI and Law explores the way in which the increasing use of artificially intelligent technologies (AI) affects the practice and administration of law defined in a broad sense. Subject matters discussed include the connection be between AI and Law in the context of legal responsibility, law-making, law-enforcing, criminal law, the medical sector and intellectual property law. The course aims to equip members of the general public with an elementary ab...

Best States For a Judge

Some places are better than others when it comes to starting a career as a judge. The best states for people in this position are New Mexico, New Jersey, New York, and Texas. Judges make the most in New Mexico with an average salary of $153,754. Whereas in New Jersey and New York, they would average $149,783 and $149,457, respectively. While judges would only make an average of $141,565 in Texas, you would still make more there than in the rest of the country. We determined these as the best states based on job availability and pay. By finding the median salary, cost of living, and using the Bureau of Labor Statistics' Location Quotient, we narrowed down our list of states to these four.

Total Judge Jobs:
6
Highest 10% Earn:
$237,000
Location Quotient:
1.32 Location Quotient is a measure used by the Bureau of Labor Statistics (BLS) to determine how concentrated a certain industry is in a single state compared to the nation as a whole. You can read more about how BLS calculates location quotients here

Total Judge Jobs:
78
Highest 10% Earn:
$231,000
Location Quotient:
2.63 Location Quotient is a measure used by the Bureau of Labor Statistics (BLS) to determine how concentrated a certain industry is in a single state compared to the nation as a whole. You can read more about how BLS calculates location quotients here

Total Judge Jobs:
8
Highest 10% Earn:
$219,000
Location Quotient:
1.12 Location Quotient is a measure used by the Bureau of Labor Statistics (BLS) to determine how concentrated a certain industry is in a single state compared to the nation as a whole. You can read more about how BLS calculates location quotients here

How Do Judge Rate Their Jobs?

Most Common Employers For Judge 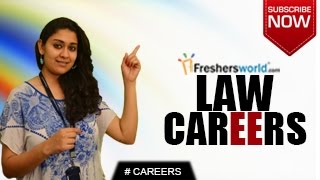 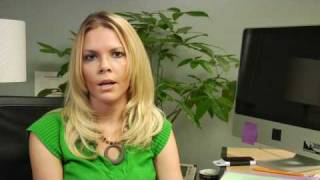 Career Planning : How to Become a Judge 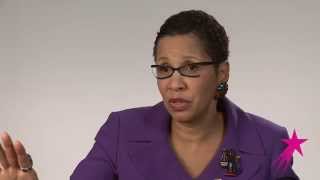