The Culture At Kodak

Information provided by the company
We do it with energy, passion, and curiosity, and we're backed by our rich heritage and culture of innovation. We're looking for an exceptionally talented Electrical Engineer to join our team.
Kodak has a rich heritage of leadership & innovation and is truly a place where you can make a difference.
Strong sense of commitment, loyalty and passion to the job and company.
Consistently demonstrates Kodak values.
Kodak has a rich heritage of leadership and innovation, but is also, in many ways, still inventing itself.

A global technology company providing industry-leading products and services for commercial print, packaging, publishing, manufacturing and entertainment.
The staff at Kodak come from unusually diverse demographic backgrounds. The company is 32.4% female and 39.7% ethnic minorities. Kodak employees are slightly more likely to be members of the Democratic Party than the Republican Party, with 58.0% of employees identifying as members of the Democratic Party. Despite their political differences, employees at Kodak seem to be happy. The company has great employee retention with staff members usually staying for 9.5 years. The average employee at Kodak makes $68,446 per year. Pay at Kodak is significantly lower than some of its highest paying competitors, like Dolby Laboratories, HP, and Texas Instruments, which pay $117,409, $103,010, and $100,618, respectively.
A large professional company with 4,500 employees and an annual revenue of $1.0B, Kodak is headquartered in Rochester, NY.

At Kodak, we believe that by doing well by shareholders also means doing right by customers, employees, neighbors, and suppliers. With that in mind, Kodak operates its facilities, and designs and markets its products and services , not only to increase shareholder value, but also to promote development of the individual, the well being of the community, and respect for the environment.

Perks of Working at Kodak

KP Graphics employees are provided with great career opportunities and access to the wide network of the company.

They don't know what they're doing so you can do whatever you want.

They don't know what they're doing and keeps changing direction

Very little accountability from them

The type of technical objectives

The people I worked with

I dont have any perks here that is why i am seeking a new job.

Hefty Chemical Warehouse work is not what I planned to do upon graduating from college but it is a stepping stone nonetheless. I've had to really learn the job on my own companies won't put any time/effort into simple training regiments.No compensation for promotions/added responsibility
Anonymous review of Kodak

Do you work at Kodak? Rate Kodak as an Employer.

How would you rate working at Kodak?

The Team At Kodak

Key People
The Inside Scoop
KP Graphics provide online marketing services to its clients. Banking on the growing awareness of the importance of having an online presence, KP Graphics provide emerging businesses and exising business entities with information and services related to online marketing. As an organization that specializes in search engine optimization, KP Graphics understands the needs of its clients in this growing market.
Show More

Kodak is ranked #15 on the Best Companies to Work For in Rochester, NY list. Zippia's Best Places to Work lists provide unbiased, data-based evaluations of companies. Rankings are based on government and proprietary data on salaries, company financial health, and employee diversity.

While Kodak employees earn an average yearly salary of $68,446, different roles can command different wages. Some of the positions that earn high wages at Kodak include Director, Research Scientist, Senior Scientist, and Account Executive. A typical Director salary at Kodak is $211,946 per year. Some of the other roles at Kodak are Cleaner and Cashier. A worker with the title Cleaner at Kodak earns an average salary of $29,630 per year.
Title

On average, employees at Kodak stay with the company for 9.5 years. Employees most commonly join Kodak after leaving Xerox. When they leave Kodak, they most frequently get their next job at Xerox.

Of the 4,500 employees at Kodak, 35.8% attended Rochester Institute of Technology. Employees at Kodak most frequently majored in Business, and most employees’ highest level of education is a Bachelors.

Do you Work At Kodak? 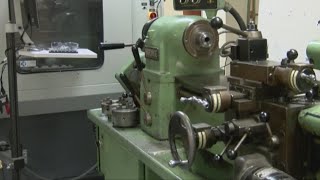 8.6
Performance Score
We calculated the performance score of companies by measuring multiple factors, including revenue, longevity, and stock market performance.

How Would You Rate The Company Culture Of Kodak?

Have you worked at Kodak? Help other job seekers by rating Kodak.

When was Kodak founded?

How many Employees does Kodak have?

How much money does Kodak make?

Kodak generates $1.0B in revenue.

What industry is Kodak in?

Kodak is in the photography industry.

What is Kodak's mission?

Kodak's mission statement is "At Kodak, we believe that by doing well by shareholders also means doing right by customers, employees, neighbors, and suppliers. With that in mind, Kodak operates its facilities, and designs and markets its products and services , not only to increase shareholder value, but also to promote development of the individual, the well being of the community, and respect for the environment."

What type of company is Kodak?

Kodak is a public company.

Who are Kodak's competitors?

Who works at Kodak?

Are You An Executive, HR Leader, Or Brand Manager At Kodak?

Zippia gives an in-depth look into the details of Kodak, including salaries, political affiliations, employee data, and more, in order to inform job seekers about Kodak. The employee data is based on information from people who have self-reported their past or current employments at Kodak. The data on this page is also based on data sources collected from public and open data sources on the Internet and other locations, as well as proprietary data we licensed from other companies. Sources of data may include, but are not limited to, the BLS, company filings, estimates based on those filings, H1B filings, and other public and private datasets. While we have made attempts to ensure that the information displayed are correct, Zippia is not responsible for any errors or omissions or for the results obtained from the use of this information. None of the information on this page has been provided or approved by Kodak. The data presented on this page does not represent the view of Kodak and its employees or that of Zippia.