If you like working outdoors, are looking for variety on the job, and want to work with your hands and with power tools, you should consider the role of a labor worker. Generally, most labor workers perform manual tasks such as cleaning, removing debris, loading and unloading materials, putting up scaffolding, or digging trenches on construction or building sites.

Working as a laborer, you may use various tools and machines to lift, carry, assemble, and disassemble temporary structures. Typically, you would also provide support to skilled craftspeople on worksites. While maintaining a safe and clean construction site, you may handle dangerous chemicals, power tools, and machines. Usually you would work 40 hours a week. However, you may work overtime during peak periods of construction.

Generally most aspiring labor workers hold a high school diploma or equivalent. However, earning a vocational-technical certificate as well may help boost your chances of landing this position. Since being a labor worker is physically demanding and strenuous, you need to have good stamina and endurance. When preparing and cleaning up construction sites, you may earn a median annual wage of $22,000, which would likely increase with your experience and your skill level. Not only that, but with advanced training and skills, you may become a qualified tradesperson, site supervisor, or construction manager.

What Does a Labour Worker Do

There are certain skills that many labour workers have in order to accomplish their responsibilities. By taking a look through resumes, we were able to narrow down the most common skills for a person in this position. We discovered that a lot of resumes listed color vision, math skills and mechanical skills.

When it comes to searching for a job, many search for a key term or phrase. Instead, it might be more helpful to search by industry, as you might be missing jobs that you never thought about in industries that you didn't even think offered positions related to the labour worker job title. But what industry to start with? Most labour workers actually find jobs in the professional and construction industries.

How To Become a Labour Worker

As you move along in your career, you may start taking on more responsibilities or notice that you've taken on a leadership role. Using our career map, a labour worker can determine their career goals through the career progression. For example, they could start out with a role such as driver, progress to a title such as technician and then eventually end up with the title project manager.

Average Salary for a Labour Worker

Labour Workers in America make an average salary of $24,407 per year or $12 per hour. The top 10 percent makes over $29,000 per year, while the bottom 10 percent under $20,000 per year.
Average Salary
$24,407
Find Your Salary Estimate
How much should you be earning as an Architect? Use Zippia's Salary Calculator to get an estimation of how much you should be earning.

Designing and figuring out what to include on your resume can be tough, not to mention time-consuming. That's why we put together a guide that is designed to help you craft the perfect resume for becoming a Labour Worker. If you're needing extra inspiration, take a look through our selection of templates that are specific to your job.

Learn How To Write a Labour Worker Resume

At Zippia, we went through countless Labour Worker resumes and compiled some information about how to optimize them. Here are some suggestions based on what we found, divided by the individual sections of the resume itself.

Online Courses For Labour Worker That You May Like

Labor and production standards, meant to ensure the safety of workers and consumers, are neither universally accepted nor always enforced. Where local governments fail to act, global corporations may receive pressure to step in. In this course, you will consider ethical questions about the role of international businesses in preventing harm abroad. Should international retailers require their foreign suppliers to pay workers a living wage? Should products that are banned domestically be...

Top Skills For a Labour Worker

The skills section on your resume can be almost as important as the experience section, so you want it to be an accurate portrayal of what you can do. Luckily, we've found all of the skills you'll need so even if you don't have these skills yet, you know what you need to work on. Out of all the resumes we looked through, 14.9% of labour workers listed manual labor on their resume, but soft skills such as color vision and math skills are important as well.

Best States For a Labour Worker

Some places are better than others when it comes to starting a career as a labour worker. The best states for people in this position are Wisconsin, Ohio, North Dakota, and New Mexico. Labour workers make the most in Wisconsin with an average salary of $33,344. Whereas in Ohio and North Dakota, they would average $32,674 and $30,494, respectively. While labour workers would only make an average of $29,989 in New Mexico, you would still make more there than in the rest of the country. We determined these as the best states based on job availability and pay. By finding the median salary, cost of living, and using the Bureau of Labor Statistics' Location Quotient, we narrowed down our list of states to these four.

Total Labour Worker Jobs:
154
Highest 10% Earn:
$33,000
Location Quotient:
1.4
Location Quotient is a measure used by the Bureau of Labor Statistics (BLS) to determine how concentrated a certain industry is in a single state compared to the nation as a whole. You can read more about how BLS calculates location quotients here

Total Labour Worker Jobs:
303
Highest 10% Earn:
$34,000
Location Quotient:
1.33
Location Quotient is a measure used by the Bureau of Labor Statistics (BLS) to determine how concentrated a certain industry is in a single state compared to the nation as a whole. You can read more about how BLS calculates location quotients here

Total Labour Worker Jobs:
212
Highest 10% Earn:
$37,000
Location Quotient:
1.05
Location Quotient is a measure used by the Bureau of Labor Statistics (BLS) to determine how concentrated a certain industry is in a single state compared to the nation as a whole. You can read more about how BLS calculates location quotients here

How Do Labour Worker Rate Their Jobs? 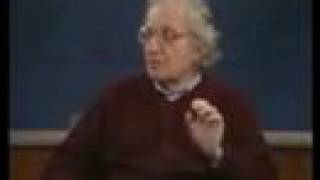 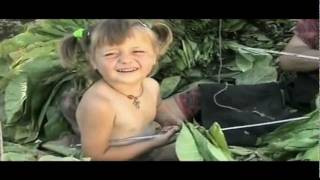 Child Labour: A Day in the Life