How to Become a Layout Designer

Layout designers are creative individuals who work as graphic artists or graphic designers. They may be freelancers who take work on a commission basis or are employed in a creative agency. They manage client requests and set expectations based on the requirements of the client. They work with images and text that are intended for publishing or printing. The bulk of their work is ensuring that the images and texts in the projects they are working on are balanced and eye-catching. Layout designers are adept at various graphic design software, applications, or programs. They are able to use the different functions of the programs to achieve the desired effect, as agreed upon with their client.

Layout designers are bachelor's degree holders of courses related to graphic designing, visual communication, and visual arts. They should also have extensive knowledge and familiarity with editing and layout software. While there are some individuals who are creative enough to make it as a layout designer without having a formal educational background, it is still important to have one as it will anchor the individual with theories and techniques involved in designing.

What Does a Layout Designer Do

There are certain skills that many layout designers have in order to accomplish their responsibilities. By taking a look through resumes, we were able to narrow down the most common skills for a person in this position. We discovered that a lot of resumes listed analytical skills, artistic ability and communication skills.

Learn more about what a Layout Designer does

How To Become a Layout Designer

As you move along in your career, you may start taking on more responsibilities or notice that you've taken on a leadership role. Using our career map, a layout designer can determine their career goals through the career progression. For example, they could start out with a role such as senior designer, progress to a title such as lead designer and then eventually end up with the title lead designer.

Average Salary for a Layout Designer

Top Skills For a Layout Designer

The skills section on your resume can be almost as important as the experience section, so you want it to be an accurate portrayal of what you can do. Luckily, we've found all of the skills you'll need so even if you don't have these skills yet, you know what you need to work on. Out of all the resumes we looked through, 12.3% of layout designers listed cad on their resume, but soft skills such as analytical skills and artistic ability are important as well.

Zippia allows you to choose from different easy-to-use Layout Designer templates, and provides you with expert advice. Using the templates, you can rest assured that the structure and format of your Layout Designer resume is top notch. Choose a template with the colors, fonts & text sizes that are appropriate for your industry.

Online Courses For Layout Designer That You May Like

Advertising Disclosure  The courses listed below are affiliate links. This means if you click on the link and purchase the course, we may receive a commission.
SketchUp to LayOut
4.7
(251)

How to apply ESD protection to analog/mixed signal ICs...

You should complete the VLSI CAD Part I: Logic course before beginning this course. A modern VLSI chip is a remarkably complex beast: billions of transistors, millions of logic gates deployed for computation and control, big blocks of memory, embedded blocks of pre-designed functions designed by third parties (called "intellectual property" or IP blocks). How do people manage to design these complicated chips? Answer: a sequence of computer aided design (CAD) tools takes an abstract description...

Best States For a Layout Designer

Some places are better than others when it comes to starting a career as a layout designer. The best states for people in this position are California, Texas, Washington, and Arizona. Layout designers make the most in California with an average salary of $100,585. Whereas in Texas and Washington, they would average $89,654 and $88,734, respectively. While layout designers would only make an average of $85,267 in Arizona, you would still make more there than in the rest of the country. We determined these as the best states based on job availability and pay. By finding the median salary, cost of living, and using the Bureau of Labor Statistics' Location Quotient, we narrowed down our list of states to these four.

Total Layout Designer Jobs:
2,724
Highest 10% Earn:
$161,000
Location Quotient:
1.63 Location Quotient is a measure used by the Bureau of Labor Statistics (BLS) to determine how concentrated a certain industry is in a single state compared to the nation as a whole. You can read more about how BLS calculates location quotients here

Total Layout Designer Jobs:
777
Highest 10% Earn:
$133,000
Location Quotient:
1.86 Location Quotient is a measure used by the Bureau of Labor Statistics (BLS) to determine how concentrated a certain industry is in a single state compared to the nation as a whole. You can read more about how BLS calculates location quotients here

Total Layout Designer Jobs:
415
Highest 10% Earn:
$127,000
Location Quotient:
1.75 Location Quotient is a measure used by the Bureau of Labor Statistics (BLS) to determine how concentrated a certain industry is in a single state compared to the nation as a whole. You can read more about how BLS calculates location quotients here

How Do Layout Designer Rate Their Jobs?

Most Common Employers For Layout Designer 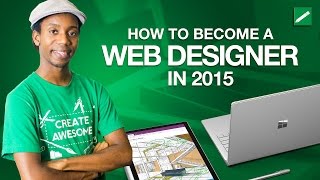 How to Become a Web Designer in 2015 | Design Careers 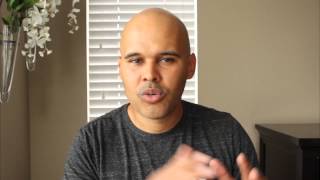