Find The Best Licensed Social Worker Jobs For You

Licensed social workers identify those in need and work with them in a bid to solve their daily problems. They conduct research and refer clients to community resources when needed and help clients adjust to changes and challenges in their lives, such as illness, divorce, or unemployment. Licensed social workers earn an average salary of $57,000 annually or $27 per hour.

Licensed social workers create treatment plans and may also be contacted during crisis times to provide emotional support to the patient involved. They help the patients find the proper resources to get the care or supplement they need to sustain a certain quality of life while also serving as the link between people and caregivers in the health and psychology professions. Licensed social workers most commonly hold a bachelor's degree in social work from an accredited university.

After fieldwork, they require some hours of supervised fieldwork or an internship. Some employers prefer candidates with a bachelor's degree in a similar field such as psychology or sociology.

There is more than meets the eye when it comes to being a licensed social worker. For example, did you know that they make an average of $26.85 an hour? That's $55,840 a year!

There are certain skills that many licensed social workers have in order to accomplish their responsibilities. By taking a look through resumes, we were able to narrow down the most common skills for a person in this position. We discovered that a lot of resumes listed communication skills, emotional skills and interpersonal skills.

When it comes to searching for a job, many search for a key term or phrase. Instead, it might be more helpful to search by industry, as you might be missing jobs that you never thought about in industries that you didn't even think offered positions related to the licensed social worker job title. But what industry to start with? Most licensed social workers actually find jobs in the health care and non profits industries.

In addition to switching up your job search, it might prove helpful to look at a career path for your specific job. Now, what's a career path you ask? Well, it's practically a map that shows how you might advance from one job title to another. Our career paths are especially detailed with salary changes. So, for example, if you started out with the role of clinical social worker you might progress to a role such as case manager eventually. Later on in your career, you could end up with the title director of social services.

Designing and figuring out what to include on your resume can be tough, not to mention time-consuming. That's why we put together a guide that is designed to help you craft the perfect resume for becoming a Licensed Social Worker. If you're needing extra inspiration, take a look through our selection of templates that are specific to your job.

Learn How To Write a Licensed Social Worker Resume

At Zippia, we went through countless Licensed Social Worker resumes and compiled some information about how best to optimize them. Here are some suggestions based on what we found, divided by the individual sections of the resume itself.

The skills section on your resume can be almost as important as the experience section, so you want it to be an accurate portrayal of what you can do. Luckily, we've found all of the skills you'll need so even if you don't have these skills yet, you know what you need to work on. Out of all the resumes we looked through, 10.8% of licensed social workers listed treatment plans on their resume, but soft skills such as communication skills and emotional skills are important as well.

Some places are better than others when it comes to starting a career as a licensed social worker. The best states for people in this position are California, Alaska, Connecticut, and Nevada. Licensed social workers make the most in California with an average salary of $77,554. Whereas in Alaska and Connecticut, they would average $72,603 and $72,015, respectively. While licensed social workers would only make an average of $65,272 in Nevada, you would still make more there than in the rest of the country. We determined these as the best states based on job availability and pay. By finding the median salary, cost of living, and using the Bureau of Labor Statistics' Location Quotient, we narrowed down our list of states to these four.

Total Licensed Social Worker Jobs:
8,758
Highest 10% Earn:
$113,000
Location Quotient:
1.34
Location Quotient is a measure used by the Bureau of Labor Statistics (BLS) to determine how concentrated a certain industry is in a single state compared to the nation as a whole. You can read more about how BLS calculates location quotients here

Total Licensed Social Worker Jobs:
231
Highest 10% Earn:
$91,000
Location Quotient:
1.24
Location Quotient is a measure used by the Bureau of Labor Statistics (BLS) to determine how concentrated a certain industry is in a single state compared to the nation as a whole. You can read more about how BLS calculates location quotients here

Total Licensed Social Worker Jobs:
723
Highest 10% Earn:
$105,000
Location Quotient:
0.97
Location Quotient is a measure used by the Bureau of Labor Statistics (BLS) to determine how concentrated a certain industry is in a single state compared to the nation as a whole. You can read more about how BLS calculates location quotients here

High professional output for unprofessional respect or, finacial gains in the world of work! • November 2019

High professional output for unprofessional respect or, finacial gains in the world of work! • November 2019

Making a positive impact for my client that they wanted. Show More

The accredited MSW should be sufficient to practice the specialized areas of social work. The Ridiculous testing after so much schooling is further decreasing our earning power. This is causing the averaged alumni with a MSW to work knowing they are just a few paychecks shy of seeking someone within our own profession for help. The LICENSE should be based on confirmation of school accreditation and graduation...not re-testing. Quite frankly, it's insulting to all MSW graduates! The excessive paperwork places Additional undue stress upon SW and should be trimmed as much as possible. This also applies to the Health Information Technology (HIT) selected by the company. The HIT should have the capabilities to process forms necessary for daily work, data collection, and. ease of access. Show More 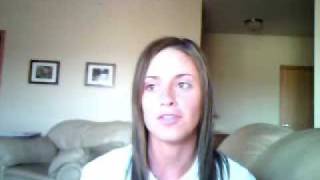 A Day in the Life- Social Worker 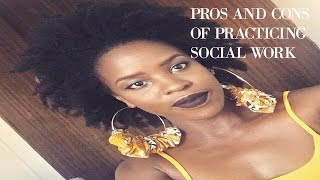 Pros And Cons Of Being A Social Worker 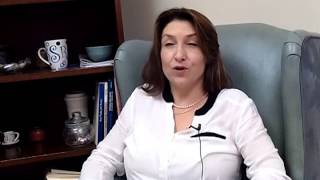