The Culture At M&T Bank

(1,343 Jobs)
Information provided by the company
We have a strong commitment to our customers and the communities we serve, and we continue to grow with a focus on the future. So, when looking to advance your career, look to M&T.
We build trust with each other by valuing curiosity, humility and transparency-whatever makes our most creative work possible. Things are changing here every day, and so are we.
And through our longstanding tradition of careful, conservative and consistent management and a strong commitment to the communities we serve, we continue to grow with a focus on the future.
This has been one of the fasted growing businesses within our Company.
Contribute to our culture and aspire to become a T-shaped contributor to the team

M&T Bank traces its origins to the founding of Manufacturers and Traders Bank in Buffalo, New York. As a result of mergers, acquisitions and name changes, M&T Bank Corporation's principal bank is now known as Manufacturers and Traders Trust Company, or M&T Bank. M&T Bank reorganized under a bank holding company in 1969 called First Empire State Corporation. The name was changed in 1998 to M&T Bank Corporation, whose common stock is listed on the New York Stock Exchange and trades under the symbol "MTB." M&T Bank Corporation had $123 billion in assets as of December 31, 2015, and is one of the 20 largest commercial bank holding companies in the U.S. M&T Bank has over 800 domestic branches & over 1,500 ATM's across New York, Maryland, New Jersey, Pennsylvania, Delaware, Connecticut, Virginia, West Virginia, and Washington D.C.
The staff at M&T Bank come from unusually diverse demographic backgrounds. The company is 55.1% female and 42.2% ethnic minorities. Despite its diversity in other areas, M&T Bank employees are noticeably lacking in political diversity. It has an unusually high proportion of employees who are members of the Democratic Party, at 66.0%. Employees seem to enjoy working in an otherwise diverse workplace that is dominated by members of the Democratic Party. M&T Bank has great employee retention with staff members usually staying with the company for 5.0 years. The average employee at M&T Bank makes $40,713 per year. Pay at M&T Bank is significantly lower than some of its highest paying competitors, like Morgan Stanley, The Bank of New York Mellon, and Citizens Financial Group, which pay $105,676, $83,066, and $80,535, respectively.
M&T Bank is an industry leader with 16,354 employees and an annual revenue of $6.0B that is headquartered in Buffalo, NY.

We strive to be the best company our employees ever work for, the best bank our customers ever do business with, and the best investment our shareholders ever make.

There was no support in certain situations.

Not enough money and not being remote

Freedom to set my own course of action.

Ability to work from home some days.
Anonymous review of M&T Bank

Do you work at M&T Bank? Rate M&T Bank as an Employer.

How would you rate working at M&T Bank?

What do you like about working for M&T Bank?

The Team At M&T Bank

M&T Bank is ranked #67 on the Best Finance Companies to Work For in New York list. Zippia's Best Places to Work lists provide unbiased, data-based evaluations of companies. Rankings are based on government and proprietary data on salaries, company financial health, and employee diversity.

On average, employees at M&T Bank stay with the company for 5.0 years. Employees most commonly join M&T Bank after leaving Bank of America. When they leave M&T Bank, they most frequently get their next job at Bank of America.

Do you Work At M&T Bank? 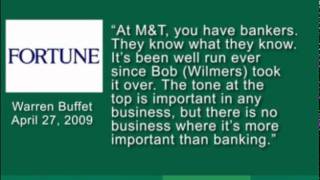 How Would You Rate The Company Culture Of M&T Bank?

Have you worked at M&T Bank? Help other job seekers by rating M&T Bank.

Based on our research, similar companies to M&T; Bank are Morgan Stanley, The Bank of New York Mellon, and Citizens Financial Group. The wages at Morgan Stanley average higher than the other similar companies, where the median salary is $105,676 per year. Employees at The Bank of New York Mellon earn an average of $83,066 per year, and the employees at Citizens Financial Group earn an average salary of $80,535 per year.
Company

When was M&T Bank founded?

How many Employees does M&T Bank have?

How much money does M&T Bank make?

What industry is M&T Bank in?

M&T Bank is in the finance industry.

What is M&T Bank's mission?

M&T Bank's mission statement is "We strive to be the best company our employees ever work for, the best bank our customers ever do business with, and the best investment our shareholders ever make."

What type of company is M&T Bank?

M&T Bank is a public company.

Who are M&T Bank's competitors?

Who works at M&T Bank?

Are You An Executive, HR Leader, Or Brand Manager At M&T Bank?

Zippia gives an in-depth look into the details of M&T Bank, including salaries, political affiliations, employee data, and more, in order to inform job seekers about M&T Bank. The employee data is based on information from people who have self-reported their past or current employments at M&T Bank. While we have made attempts to ensure that the information displayed are correct, Zippia is not responsible for any errors or omissions, or for the results obtained from the use of this information. The data presented on this page does not represent the view of M&T Bank and its employees or that of Zippia.