Marin County is in Northern California, across the Golden Gate Strait from San Francisco. The sprawling Marin Headlands has Golden Gate Bridge views, trails and the 1855 Point Bonita Lighthouse. North are the giant redwood trees of Muir Woods National Monument. Mount Tamalpais State Park's namesake peak has panoramic views. The Frank Lloyd Wright-designed Marin County Civic Center is in county seat San Rafael.
The staff at Marin County come from unusually diverse demographic backgrounds. The organization is 43.1% female and 46.6% ethnic minorities. Despite its diversity in other areas, Marin County employees are noticeably lacking in political diversity. It has an unusually high proportion of employees who are members of the Democratic Party, at 92.3%. Employees seem to enjoy working in an otherwise diverse workplace that is dominated by members of the Democratic Party. Marin County has great employee retention with staff members usually staying with the organization for 3.5 years. The average employee at Marin County makes $73,062 per year, which is competitive for its industry and location. Some of its highest paying competitors, Orange County Superior Court, Capital Area Service Co, and Pact, pay $80,990, $69,286, and $68,880, respectively.
Based in the United States, Marin County is a medium-sized construction organization with 750 employees and a revenue of $75.0M.

The team at Marin County

What do people say about Marin County

What do you like about working for Marin County?

On average, employees at Marin County stay with the company for 3.5 years. Employees most commonly join Marin County after leaving Wells Fargo. When they leave Marin County, they most frequently get their next job at City and County of Denver.

Do you Work At Marin County? 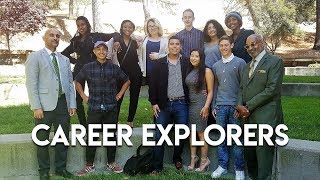 6.6
Performance Score
We calculated the performance score of companies by measuring multiple factors, including revenue, longevity, and stock market performance.

How Would You Rate The Company Culture Of Marin County?

Some of the competitors of Marin County are Orange County Superior Court, Capital Area Service Co Inc., and Pact. Employees at Orange County Superior Court earn more than most of the competition, with an average yearly salary of $80,990. The employees at Capital Area Service Co Inc. earn an average yearly salary of $69,286 per year, and the salaries at Pact average $68,880 per year.
Show More

How many Employees does Marin County have?

How much money does Marin County make?

What industry is Marin County in?

Marin County is in the construction industry.

What type of company is Marin County?

Marin County is a government company.

Who are Marin County's competitors?

Who works at Marin County?

You can find the Marin County website at www.marincounty.org.

Are you an executive, HR leader, or brand manager at Marin County?

Zippia gives an in-depth look into the details of Marin County, including salaries, political affiliations, employee data, and more, in order to inform job seekers about Marin County. The employee data is based on information from people who have self-reported their past or current employments at Marin County. While we have made attempts to ensure that the information displayed are correct, Zippia is not responsible for any errors or omissions, or for the results obtained from the use of this information. The data presented on this page does not represent the view of Marin County and its employees or that of Zippia.