Given the change of course that has happened in the world, we wanted to provide expert opinions on what aspiring graduates can do to start off their careers in an uncertain economic climate. We wanted to know what skills will be more important, where the economy is doing relatively well, and if there will be any lasting effects on the job market.

Companies are looking for candidates that can handle the new responsibilities of the job market. Recent graduates actually have an advantage because they are comfortable using newer technologies and have been communicating virtually their whole lives. They can take what they've learned and apply it immediately.

We spoke to professors and experts from several universities and companies to get their opinions on where the job market for recent graduates is heading, as well as how young graduates entering the industry can be adequately prepared. Here are their thoughts.

Our Panel of Experts 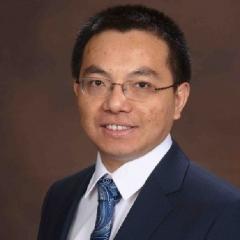 What skills stand out on Marine Engineer resumes?

Vincent Xiaochuan Yu Ph.D.: Marine engineers are different from ocean engineers. The title of this email is about ocean engineering skills, so I hope to focus on "Ocean Engineers."

What soft skills should all Marine Engineers possess?

Vincent Xiaochuan Yu Ph.D.: Communications and passions to ocean engineering. My suggestion is to actively get involved in some domestic or international conferences or symposiums, like OTC, SNAME Offshore Symposium, OMAE, etc., to meet with professionals from industry and academia.

What hard/technical skills are most important for Marine Engineers?

Vincent Xiaochuan Yu Ph.D.: Some project experiences focusing on hydrodynamics analysis, hydrostatic analysis, mooring analysis, and design may be useful. So internship may be important for you to know this industry.

What skills will help Marine Engineers earn the most?

Vincent Xiaochuan Yu Ph.D.: Solid engineering background is important if your target is to become an excellent engineer in the future. In other words, know how to analyze and solve real engineering problems.

What are the biggest trends we'll see in the Marine Engineer job market given the pandemic?

Dr. David Singer Ph.D.: The pandemic caused a downturn in the oil industry and has impacted the cruise industry. Traditionally both industries provide a large number of summer internships to our students as well as permanent employment. While these markets have experienced hardship, our students have had no issues finding a job. Over the last five years, there have been large increases in defense, marine alternative energy, maritime autonomy, marine digitization, and U.S. market commercial shipbuilding. Our students have just taken jobs in those fields instead of traditionally going to the higher-paying oil industry.

What skills stand out on Marine Engineer resumes?

Dr. David Singer Ph.D.: As someone who has been in the industry and hired young engineers, GPA only matters if it is terrible. The three skills that matter most are the non-academic transferable skills, grade trend, and involvement in the field. You hire a young engineer based on their potential. The real questions are their potential, whether they have the base knowledge and skills needed to exercise their potential, have they demonstrated a passion for the field, and have acquired softer transferable skills such as writing, speaking, and emotional intelligence.

Non-academic transferable skills include volunteer work, leadership activities, teams, etc. Anything outside of class in which they are actively involved would have provided them the experiences needed to achieve personal growth.

However, when I do look at a person's GPA, the question I always ask is, why? Suppose students have a lower GPA because they messed up during their first year but got high grades in their junior and senior years when real naval architecture education occurs. In that case, the trend is good, and their GPA does not correctly reflect their potential. On the other hand, if they did well in their first and second years but did not do well in their junior and senior year, this would raise a red flag. That is an alarming trend.

Are there any particularly good places in the United States for Marine Engineers to find work opportunities?

Find Out More About Marine Engineers

Overview
Jobs
Salary
Top Skills
What They Do
Best States