How to Become a Media Relations Director

In today's digital age, the Media Relations Director is at the forefront of brand management and engagement with a company's audience. This is a position worth looking into if you're looking to help your company strike out against the competition.

This position wears many marketing hats, with the ability to organize, develop and regularly increase the efficiency of many tasks. Press release creation, audience spokesperson, risk management, and internal communications are just a few of the common responsibilities a Media Relations Director has. You'll also be coordinating with many of the managers and directors from other teams within the company to have a constant flow of updated knowledge on the company's projects and achievements.

Most Media Relations Directors hold a bachelor's degree in marketing, communications, or business. Having experience in journalism or audience analysis is beneficial when applying for this position, as companies are looking for talented market researchers. This is generally a full-time position with a high possibility of early mornings or long nights. When it comes to annual salary, a Media Relations Director can make anywhere between $48,000 to $148,000 a year.

There is more than meets the eye when it comes to being a media relations director. For example, did you know that they make an average of $53.55 an hour? That's $111,389 a year!

What Does a Media Relations Director Do

There are certain skills that many media relations directors have in order to accomplish their responsibilities. By taking a look through resumes, we were able to narrow down the most common skills for a person in this position. We discovered that a lot of resumes listed communication skills, leadership skills and organizational skills.

Learn more about what a Media Relations Director does

How To Become a Media Relations Director

As you move along in your career, you may start taking on more responsibilities or notice that you've taken on a leadership role. Using our career map, a media relations director can determine their career goals through the career progression. For example, they could start out with a role such as communications director, progress to a title such as executive director and then eventually end up with the title executive director.

The skills section on your resume can be almost as important as the experience section, so you want it to be an accurate portrayal of what you can do. Luckily, we've found all of the skills you'll need so even if you don't have these skills yet, you know what you need to work on. Out of all the resumes we looked through, 13.4% of media relations directors listed web content on their resume, but soft skills such as communication skills and leadership skills are important as well.

Online Courses For Media Relations Director That You May Like

Advertising Disclosure  The courses listed below are affiliate links. This means if you click on the link and purchase the course, we may receive a commission.
Public Relations: Media Crisis Communications
4.5
(805)

Public Relations: You can shape and control your media messages at the worst possible times...

View Details on Udemy
Introduction to Public Relations and the Media

This specialization is ideal for learners interested in how to practice public relations and branding communication. You will learn how to use different tools to manage your company's reputation. You will learn about different forms of media, how to work with journalists, and how to plan strategic communication to enhance your company. And you will emerge from this specialization with several portfolio pieces, including a media contact list, press release, pitch, and crisis communication plan...

Some places are better than others when it comes to starting a career as a media relations director. The best states for people in this position are Washington, Nevada, Pennsylvania, and New York. Media relations directors make the most in Washington with an average salary of $148,879. Whereas in Nevada and Pennsylvania, they would average $141,368 and $139,008, respectively. While media relations directors would only make an average of $136,761 in New York, you would still make more there than in the rest of the country. We determined these as the best states based on job availability and pay. By finding the median salary, cost of living, and using the Bureau of Labor Statistics' Location Quotient, we narrowed down our list of states to these four.

Total Media Relations Director Jobs:
94
Highest 10% Earn:
$202,000
Location Quotient:
1.38 Location Quotient is a measure used by the Bureau of Labor Statistics (BLS) to determine how concentrated a certain industry is in a single state compared to the nation as a whole. You can read more about how BLS calculates location quotients here

Total Media Relations Director Jobs:
1,161
Highest 10% Earn:
$204,000
Location Quotient:
1.67 Location Quotient is a measure used by the Bureau of Labor Statistics (BLS) to determine how concentrated a certain industry is in a single state compared to the nation as a whole. You can read more about how BLS calculates location quotients here

Total Media Relations Director Jobs:
370
Highest 10% Earn:
$213,000
Location Quotient:
0.93 Location Quotient is a measure used by the Bureau of Labor Statistics (BLS) to determine how concentrated a certain industry is in a single state compared to the nation as a whole. You can read more about how BLS calculates location quotients here

How Do Media Relations Director Rate Their Jobs? 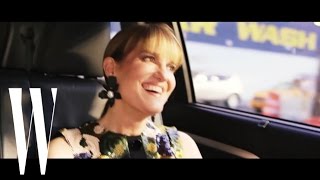 A Day in the Life of W's Beauty Director, Part 3 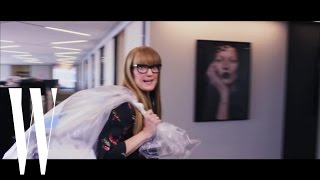 A Day in the Life of W's Beauty Director, Part 1 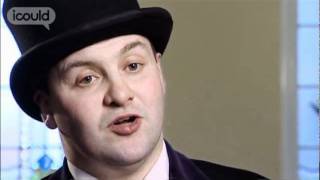