How to Become a Medical Dosimetrist

Medical dosimetrists are responsible for ensuring that radiation treatment promotes the most lethal radiation dose with the fewest side effects to the patient's healthy organs. They create a plan to deliver the prescribed radiation dose using a computer with three-dimensional imaging software to contour normal organs on a treatment planning CT scan. They also calibrate equipment and ensure that radiation safety procedures are followed.

Medical dosimetrists earn a median sum of $101,000 annually or $49 per hour. Their duties include designing radiation treatment plans to deliver precise radiation doses with optimal beam geometry, identifying and contouring normal and dose-limiting structures by utilizing images from one or more data sets. They create and transfer reference images and localization markers for portal verification and treatment delivery.

Medical dosimetrists typically hold a bachelor's degree in radiation therapy, chemistry, or other related fields. They are expected to have some years of experience as a dosimetrist or in a similar role. Some employers prefer candidates with the ability to pay close attention to the radiation oncologist in order to understand the treatment goals.

There is more than meets the eye when it comes to being a medical dosimetrist. For example, did you know that they make an average of $49.06 an hour? That's $102,037 a year!

What Does a Medical Dosimetrist Do

There are certain skills that many medical dosimetrists have in order to accomplish their responsibilities. By taking a look through resumes, we were able to narrow down the most common skills for a person in this position. We discovered that a lot of resumes listed technical skills, communication skills and critical-thinking skills.

Learn more about what a Medical Dosimetrist does

How To Become a Medical Dosimetrist

Average Salary for a Medical Dosimetrist

Top Skills For a Medical Dosimetrist

The skills section on your resume can be almost as important as the experience section, so you want it to be an accurate portrayal of what you can do. Luckily, we've found all of the skills you'll need so even if you don't have these skills yet, you know what you need to work on. Out of all the resumes we looked through, 12.7% of medical dosimetrists listed dosimetry on their resume, but soft skills such as technical skills and communication skills are important as well.

Zippia allows you to choose from different easy-to-use Medical Dosimetrist templates, and provides you with expert advice. Using the templates, you can rest assured that the structure and format of your Medical Dosimetrist resume is top notch. Choose a template with the colors, fonts & text sizes that are appropriate for your industry.

Online Courses For Medical Dosimetrist That You May Like

Advertising Disclosure  The courses listed below are affiliate links. This means if you click on the link and purchase the course, we may receive a commission.
Introduction to Medical Imaging
4.4
(401)

AI is transforming the practice of medicine. It's helping doctors diagnose patients more accurately, make predictions about patients' future health, and recommend better treatments. This Specialization will give you practical experience in applying machine learning to concrete problems in medicine. Medical treatment may impact patients differently based on their existing health conditions. In this third course, you'll recommend treatments more suited to individual patients using data from random...

Cannabis is a group of flowering plants that has been long used for industrial, recreational and medical purposes. When relating to its medical use, the terms "Medical Cannabis" or "Medical marijuana" has become prevalent. In this course we will use the term "Medical Cannabis". Nowadays, Medical Cannabis involves multiple medical disciplines such as neuroscience, pain, pharmacology, oncology, psychiatry and more. Moreover, it has cultural, agricultural and social, legal and political implication...

Best States For a Medical Dosimetrist

Some places are better than others when it comes to starting a career as a medical dosimetrist. The best states for people in this position are Mississippi, North Dakota, Missouri, and California. Medical dosimetrists make the most in Mississippi with an average salary of $169,289. Whereas in North Dakota and Missouri, they would average $167,638 and $165,951, respectively. While medical dosimetrists would only make an average of $162,987 in California, you would still make more there than in the rest of the country. We determined these as the best states based on job availability and pay. By finding the median salary, cost of living, and using the Bureau of Labor Statistics' Location Quotient, we narrowed down our list of states to these four.

Total Medical Dosimetrist Jobs:
219
Highest 10% Earn:
$254,000
Location Quotient:
2.46 Location Quotient is a measure used by the Bureau of Labor Statistics (BLS) to determine how concentrated a certain industry is in a single state compared to the nation as a whole. You can read more about how BLS calculates location quotients here

Total Medical Dosimetrist Jobs:
778
Highest 10% Earn:
$250,000
Location Quotient:
3.17 Location Quotient is a measure used by the Bureau of Labor Statistics (BLS) to determine how concentrated a certain industry is in a single state compared to the nation as a whole. You can read more about how BLS calculates location quotients here

Total Medical Dosimetrist Jobs:
7
Highest 10% Earn:
$248,000
Location Quotient:
0.18 Location Quotient is a measure used by the Bureau of Labor Statistics (BLS) to determine how concentrated a certain industry is in a single state compared to the nation as a whole. You can read more about how BLS calculates location quotients here

How Do Medical Dosimetrist Rate Their Jobs?

Most Common Employers For Medical Dosimetrist 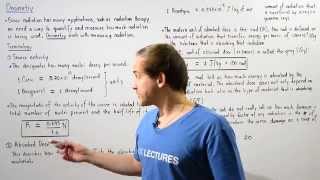