How to Become a Medical Examiner

A medical examiner also referred to as a forensic medical examiner, is a doctor who performs autopsies on dead bodies to determine the cause and manner of death. They are professional forensic pathologists called upon to investigate and determine the circumstances and causes of the death of an individual. They do this by gathering information from the deceased's body to arrive at appropriate conclusions. They also assist in the preparation of death certificates after determining the cause of death.

Medical examiners work closely with other doctors, law enforcement officers, and government agencies. They work for states, counties, cities, medical schools, and commercial laboratories. They must think critically to be able to analyze evidence and make credible conclusions on the cause, circumstances, time of death, and other elements of crime scenes. They also must be attentive to details during the examination of bodies and conduct thorough examinations to get accurate results.

Medical examiners working in big medical establishments work on shifts of 10 to 12 hours a day as their work requires them to travel to crime scenes.

There is more than meets the eye when it comes to being a medical examiner. For example, did you know that they make an average of $85.6 an hour? That's $178,057 a year!

What Does a Medical Examiner Do

There are certain skills that many medical examiners have in order to accomplish their responsibilities. By taking a look through resumes, we were able to narrow down the most common skills for a person in this position. We discovered that a lot of resumes listed analytical skills, detail oriented and interpersonal skills.

Learn more about what a Medical Examiner does

How To Become a Medical Examiner

In addition to switching up your job search, it might prove helpful to look at a career path for your specific job. Now, what's a career path you ask? Well, it's practically a map that shows how you might advance from one job title to another. Our career paths are especially detailed with salary changes. So, for example, if you started out with the role of office manager you might progress to a role such as owner eventually. Later on in your career, you could end up with the title co-owner.

Average Salary for a Medical Examiner

Top Skills For a Medical Examiner

The skills section on your resume can be almost as important as the experience section, so you want it to be an accurate portrayal of what you can do. Luckily, we've found all of the skills you'll need so even if you don't have these skills yet, you know what you need to work on. Out of all the resumes we looked through, 14.5% of medical examiners listed ekg on their resume, but soft skills such as analytical skills and detail oriented are important as well.

Zippia allows you to choose from different easy-to-use Medical Examiner templates, and provides you with expert advice. Using the templates, you can rest assured that the structure and format of your Medical Examiner resume is top notch. Choose a template with the colors, fonts & text sizes that are appropriate for your industry.

Online Courses For Medical Examiner That You May Like

Advertising Disclosure  The courses listed below are affiliate links. This means if you click on the link and purchase the course, we may receive a commission.
Financial Analysis of Insurance Companies Professional Certificate Examination

Ready to earn a professional certificate and stand out in your field? If you've gained a clear, comprehensive understanding of the courses, your next step is to complete the Financial Analysis of Insurance Companies Professional Certificate Examination from the New York Institute of Finance. The exam comprises 24 questions, timed at one hour. To qualify for the certificate, learners must receive a grade of at least 70% or higher. Prerequisite for this exam: Earn a Verified Certificate in all...

Introduction to the meaning of various roots, terms and combining forms that are components of medical words...

Best States For a Medical Examiner

Some places are better than others when it comes to starting a career as a medical examiner. The best states for people in this position are Alaska, Washington, Minnesota, and Massachusetts. Medical examiners make the most in Alaska with an average salary of $222,644. Whereas in Washington and Minnesota, they would average $204,299 and $201,966, respectively. While medical examiners would only make an average of $197,563 in Massachusetts, you would still make more there than in the rest of the country. We determined these as the best states based on job availability and pay. By finding the median salary, cost of living, and using the Bureau of Labor Statistics' Location Quotient, we narrowed down our list of states to these four.

Total Medical Examiner Jobs:
830
Highest 10% Earn:
$291,000
Location Quotient:
2.12 Location Quotient is a measure used by the Bureau of Labor Statistics (BLS) to determine how concentrated a certain industry is in a single state compared to the nation as a whole. You can read more about how BLS calculates location quotients here

Total Medical Examiner Jobs:
2
Highest 10% Earn:
$322,000
Location Quotient:
0.04 Location Quotient is a measure used by the Bureau of Labor Statistics (BLS) to determine how concentrated a certain industry is in a single state compared to the nation as a whole. You can read more about how BLS calculates location quotients here

Total Medical Examiner Jobs:
150
Highest 10% Earn:
$302,000
Location Quotient:
1.52 Location Quotient is a measure used by the Bureau of Labor Statistics (BLS) to determine how concentrated a certain industry is in a single state compared to the nation as a whole. You can read more about how BLS calculates location quotients here

How Do Medical Examiner Rate Their Jobs?

Most Common Employers For Medical Examiner 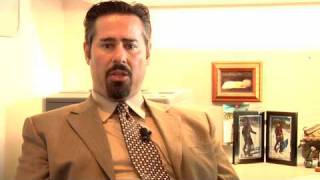 Medical Careers : How to Become a Medical Examiner 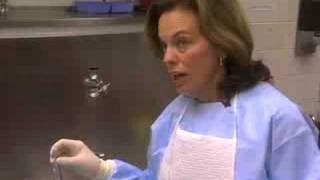 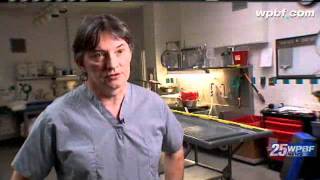 Find Out What It's Like To Be Medical Examiner