Meritor, Inc. is a leading global supplier of drivetrain, mobility, braking and aftermarket solutions for commercial vehicle and industrial markets. With more than a 100-year legacy of providing innovative products that offer superior performance, efficiency and reliability, the company serves commercial truck, trailer, off-highway, defense, specialty and aftermarket customers around the world. Meritor is based in Troy, Mich., United States, and is made up of more than 9,000 diverse employees who apply their knowledge and skills in manufacturing facilities, engineering centers, joint ventures, distribution centers and global offices in 18 countries. Common stock is traded on the New York Stock Exchange under the ticker symbol MTOR. For important information, visit the company's website at meritor.com
The staff at Meritor come from unusually diverse demographic backgrounds. The company is 28.6% female and 33.2% ethnic minorities. Meritor employees are slightly more likely to be members of the Democratic Party than the Republican Party, with 64.0% of employees identifying as members of the Democratic Party. Despite their political differences, employees at Meritor seem to be happy. The company has great employee retention with staff members usually staying for 5.3 years. The average employee at Meritor makes $58,325 per year. Pay at Meritor is significantly lower than some of its highest paying competitors, like FCA Us, International Automotive Components Group North America, and Brose North America, which pay $92,405, $76,310, and $76,154, respectively.
A large automotive company with 8,200 employees and an annual revenue of $3.0B, Meritor is headquartered in Troy, MI.

We anticipate our customers' needs by developing innovative products that provide superior performance, energy efficiency and reliability. We provide a leading portfolio of differentiated services supporting our customers' products throughout their lifecycle. We distinguish ourselves through our ability to consistently deliver on our commitments while maximizing value for our shareholders, customers, and employees.

Customer service of our company. I enjoyed the relationship between the staffs as well.

Do you work at Meritor? Rate Meritor as an Employer.

How would you rate working at Meritor?

The Team At Meritor

Meritor is ranked #28 on the Best Automotive Companies to Work For in America list. Zippia's Best Places to Work lists provide unbiased, data-based evaluations of companies. Rankings are based on government and proprietary data on salaries, company financial health, and employee diversity.

Research Summary. Using a database of 30 million profiles, Zippia estimates demographics and statistics for Meritor. Our estimates are verified against BLS, Census, and current job openings data for accuracy. After extensive research and analysis, Zippia's data science team found that:

Do you Work At Meritor? 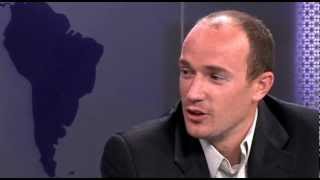 How Would You Rate The Company Culture Of Meritor?

Have you worked at Meritor? Help other job seekers by rating Meritor.

When was Meritor founded?

How many Employees does Meritor have?

How much money does Meritor make?

Meritor generates $3.0B in revenue.

What industry is Meritor in?

Meritor is in the automotive industry.

Meritor's mission statement is "We anticipate our customers' needs by developing innovative products that provide superior performance, energy efficiency and reliability. We provide a leading portfolio of differentiated services supporting our customers' products throughout their lifecycle. We distinguish ourselves through our ability to consistently deliver on our commitments while maximizing value for our shareholders, customers, and employees."

What type of company is Meritor?

Meritor is a public company.

Who works at Meritor?

Are You An Executive, HR Leader, Or Brand Manager At Meritor?

Zippia gives an in-depth look into the details of Meritor, including salaries, political affiliations, employee data, and more, in order to inform job seekers about Meritor. The employee data is based on information from people who have self-reported their past or current employments at Meritor. The data on this page is also based on data sources collected from public and open data sources on the Internet and other locations, as well as proprietary data we licensed from other companies. Sources of data may include, but are not limited to, the BLS, company filings, estimates based on those filings, H1B filings, and other public and private datasets. While we have made attempts to ensure that the information displayed are correct, Zippia is not responsible for any errors or omissions or for the results obtained from the use of this information. None of the information on this page has been provided or approved by Meritor. The data presented on this page does not represent the view of Meritor and its employees or that of Zippia.

Meritor may also be known as or be related to ArvinMeritor, Arvinmeritor Exhaust Systems Inc, Meritor, Meritor Inc and Meritor, Inc.