How to Become a Military Police Officer

The key duty of a military police officer is to protect lives and properties and to provide direction and leadership to the military police. Also, you will need to regularly patrol the military facility to detect and address any breaches in security. Your job requires you to occasionally transport and ensure the safety of important dignitaries, government officials, and criminals between locations. You are also expected to maintain a good relationship with your superiors and subordinates to fulfill your duties and obligations. Another duty of a military police officer is to investigate and curb suspicious activity on time.

There is more than meets the eye when it comes to being a military police officer. For example, did you know that they make an average of $19.91 an hour? That's $41,412 a year!

What Does a Military Police Officer Do

There are certain skills that many military police officers have in order to accomplish their responsibilities. By taking a look through resumes, we were able to narrow down the most common skills for a person in this position. We discovered that a lot of resumes listed communication skills, empathy and good judgment.

How To Become a Military Police Officer

The skills section on your resume can be almost as important as the experience section, so you want it to be an accurate portrayal of what you can do. Luckily, we've found all of the skills you'll need so even if you don't have these skills yet, you know what you need to work on. Out of all the resumes we looked through, 24.5% of military police officers listed basic training on their resume, but soft skills such as communication skills and empathy are important as well.

Online Courses For Military Police Officer That You May Like

Advertising Disclosure  The courses listed below are affiliate links. This means if you click on the link and purchase the course, we may receive a commission.
Introduction to International Criminal Law

How Do Military Police Officer Rate Their Jobs? 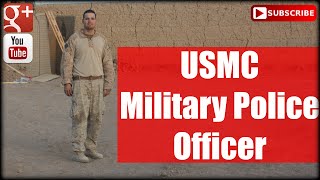 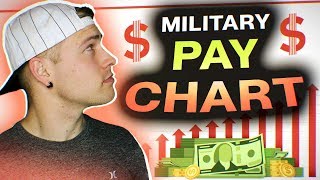 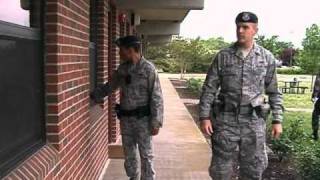 Day in the Life of a Cop