How to Become a Movie Critic

What is a Movie Critic

What Does a Movie Critic Do

There are certain skills that many Movie Critics have in order to accomplish their responsibilities. By taking a look through resumes, we were able to narrow down the most common skills for a person in this position. We discovered that a lot of resumes listed Communication skills, Social perceptiveness and Writing skills.

How To Become a Movie Critic

Average Salary for a Movie Critic

Movie Critics in America make an average salary of $65,661 per year or $32 per hour. The top 10 percent makes over $152,000 per year, while the bottom 10 percent under $28,000 per year.
Average Salary
$65,661
Find Your Salary Estimate
How much should you be earning as an Movie Critic? Use Zippia's Salary Calculator to get an estimation of how much you should be earning.

Zippia allows you to choose from different easy-to-use Movie Critic templates, and provides you with expert advice. Using the templates, you can rest assured that the structure and format of your Movie Critic resume is top notch. Choose a template with the colors, fonts & text sizes that are appropriate for your industry. 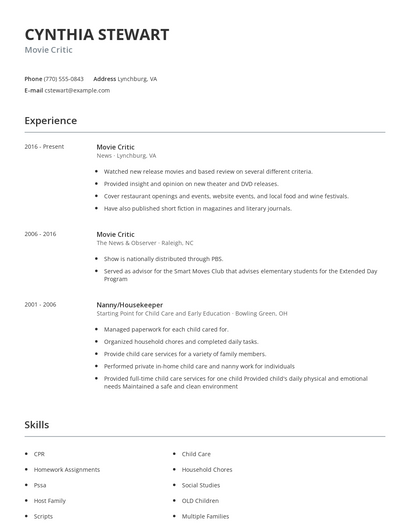 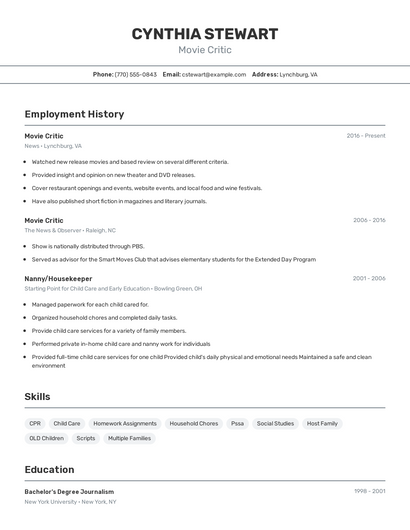 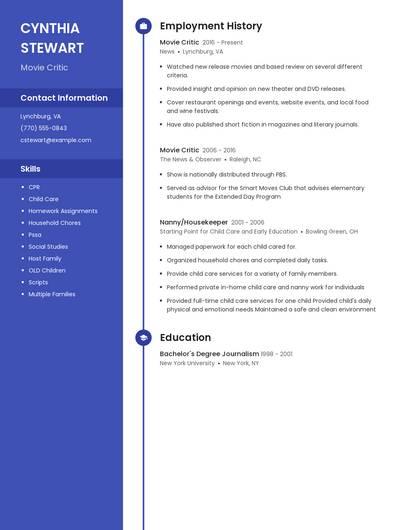 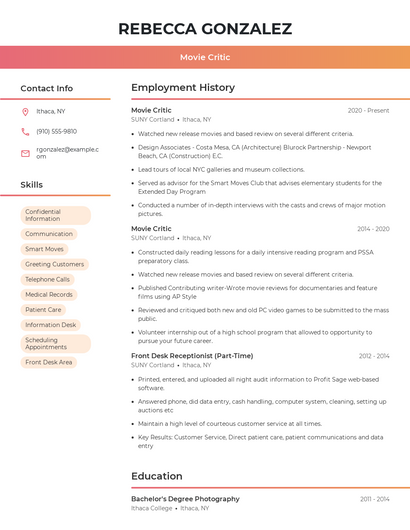 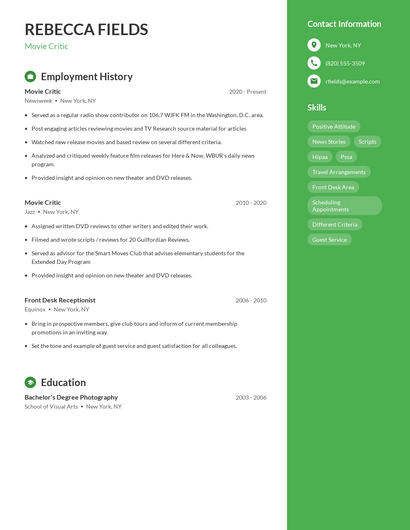 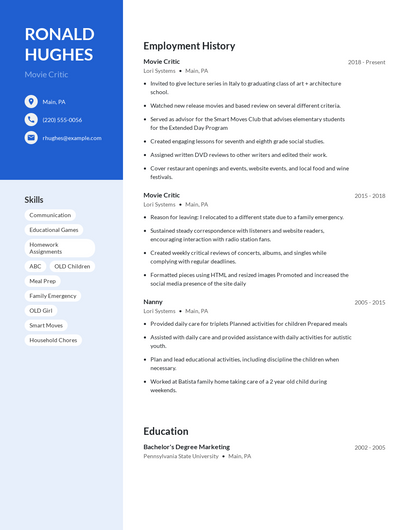 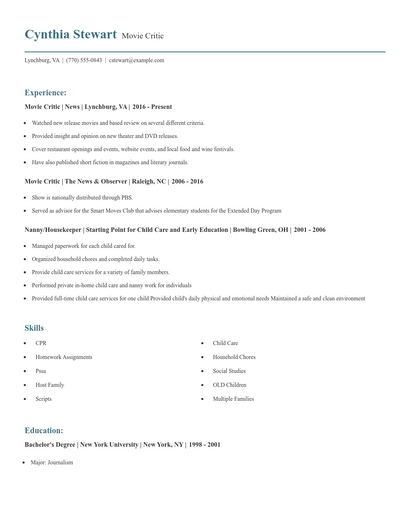 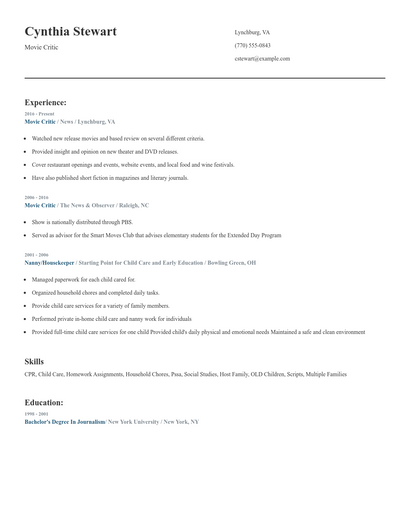 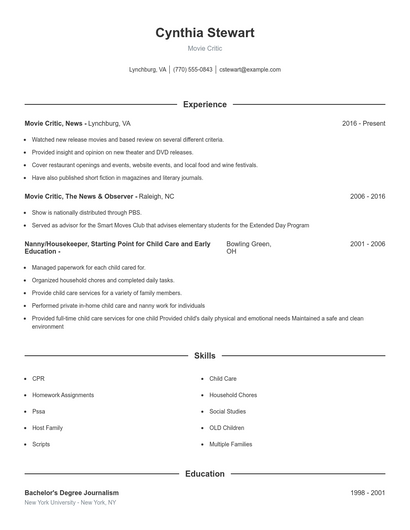 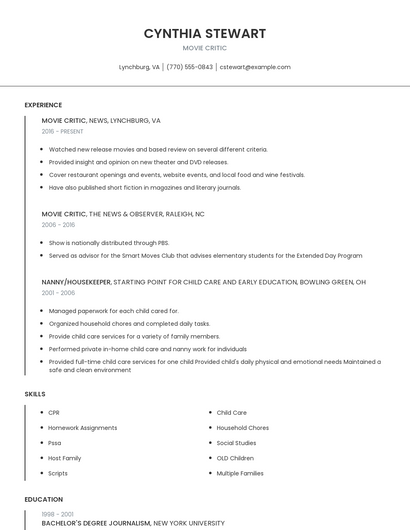 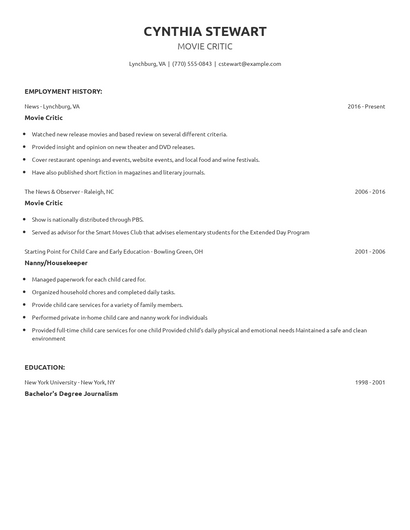 Find the best Movie Critic job for you

Find the best Movie Critic job for you

Online Courses For Movie Critic That You May Like

Make Your Dream Come True by Filming Your Movie and Distributing It Around the World...

View Details on Udemy
Understanding Memory: Explaining the Psychology of Memory through Movies

Urban school reform in the United States is characterized by contentious, politicized debate. This course explores a set of critical issues in the education and educational reform space, with a focus on aspects of the field that have sparked controversy and polarized views. We will dig into these debates, situating them within the larger history of public education and school reform, and considering the viewpoints, the evidence, and translation of issues into educational policy. We will consider...

How Do Movie Critic Rate Their Jobs?