The Culture At Murphy Oil

Information provided by the company
We remain steadfast in our devotion to innovative strategies and differentiated perspectives, resulting in sustainable, efficient growth worldwide.

Murphy Oil Corporation is an independent exploration and production company with a strong portfolio of global offshore and onshore assets delivering oil-weighted growth. Murphy produces oil and/or natural gas in the United States, Canada, and Malaysia and conducts exploration activities worldwide. Headquartered in El Dorado, Arkansas, Murphy has over 1,500 employees around the world.
Murphy Oil has been around for a long time. It was founded back in 1950. This established company loves to hire graduates from University of Houston, with 10.0% of its employees having attended University of Houston. Murphy Oil is a great place to work and is featured as number 13 on Zippia's list of Best Companies to Work for in Houston, TX. The average employee at Murphy Oil makes $52,605 per year. Pay at Murphy Oil is significantly lower than some of its highest paying competitors, like BP America Inc, Atlantic Richfield Company Inc, and Devon Energy, which pay $112,940, $93,814, and $86,960, respectively.
Murphy Oil is a medium energy company with 675 employees and an annual revenue of $2.3B that is headquartered in Houston, TX.

We have remained true to our mission to challenge the norm, tap into our strong legacy and use our foresight and financial discipline to deliver inspired energy solutions.

Everyday is always different. It's always the same job description but you never have the same customer base 2 days in a row.

The pay for certain positions. Shift leads do just as much as assistant managers, less payroll, make way less than an ASM and do not get commissions. Alot of cashier's make more than Shift Leads do.

Having a diverse customer base. Alot of customers are everyday or multiple times a day customers and always try to help lighten up your day.
Anonymous review of Murphy Oil

Do you work at Murphy Oil? Rate Murphy Oil as an Employer.

What do you like about working for Murphy Oil?

The Team At Murphy Oil

Murphy Oil is ranked #24 on the Best Energy Companies to Work For in America list. Zippia's Best Places to Work lists provide unbiased, data-based evaluations of companies. Rankings are based on government and proprietary data on salaries, company financial health, and employee diversity.

Do you Work At Murphy Oil? 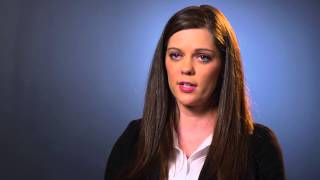 Fuel Your Career With Murphy USA 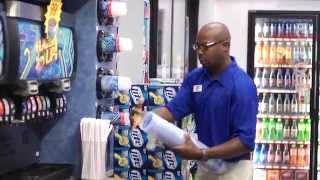 Get Pumped About Leadership: Begin Your Career With Murphy USA

How Would You Rate The Company Culture Of Murphy Oil?

Have you worked at Murphy Oil? Help other job seekers by rating Murphy Oil.

When was Murphy Oil founded?

How many Employees does Murphy Oil have?

How much money does Murphy Oil make?

Murphy Oil generates $2.0B in revenue.

What industry is Murphy Oil in?

Murphy Oil is in the petroleum industry industry.

What is Murphy Oil's mission?

Murphy Oil's mission statement is "We have remained true to our mission to challenge the norm, tap into our strong legacy and use our foresight and financial discipline to deliver inspired energy solutions."

What type of company is Murphy Oil?

Murphy Oil is a public company.

Who are Murphy Oil's competitors?

Who works at Murphy Oil?

Are You An Executive, HR Leader, Or Brand Manager At Murphy Oil?

Zippia gives an in-depth look into the details of Murphy Oil, including salaries, political affiliations, employee data, and more, in order to inform job seekers about Murphy Oil. The employee data is based on information from people who have self-reported their past or current employments at Murphy Oil. The data on this page is also based on data sources collected from public and open data sources on the Internet and other locations, as well as proprietary data we licensed from other companies. Sources of data may include, but are not limited to, the BLS, company filings, estimates based on those filings, H1B filings, and other public and private datasets. While we have made attempts to ensure that the information displayed are correct, Zippia is not responsible for any errors or omissions or for the results obtained from the use of this information. None of the information on this page has been provided or approved by Murphy Oil. The data presented on this page does not represent the view of Murphy Oil and its employees or that of Zippia.