The National Aeronautics and Space Administration is an independent agency of the United States Federal Government responsible for the civilian space program, as well as aeronautics and aerospace research. NASA was established in 1958, succeeding the National Advisory Committee for Aeronautics.
The staff at NASA come from unusually diverse demographic backgrounds. The organization is 32.1% female and 45.6% ethnic minorities. Even though it has great demographic diversity, NASA notably lacks in political diversity. It has an unusually high proportion of employees who are members of the Democratic Party, at 71.1%. Despite having coworkers who agree with each other about politics, employees at NASA tend to have relatively short tenures. Staff members usually stay with the organization for 2.9 years. The average employee at NASA makes $61,975 per year. Pay at NASA is significantly lower than some of its highest paying competitors, like Google, Thomson Reuters, and Ing Security Life Of Denver, which pay $127,289, $92,771, and $89,500, respectively.
Based in Washington, District of Columbia, NASA is an industry leader with 17,219 employees and an annual revenue of $5.5B.

We reach for new heights and reveal the unknown for the benefit of humankind.

The team at NASA

Nothing. It is all really good. Show More

Being able to go to the launch pads. Show More

It was cool going to space Show More

What was it like working with ex Nazis brought over in Operation Paperclip? Did you see how they were just human beings like everyone else?

Well there were virulent, Jew-hating National Socialists and there were German guys who joined the Nazi party because that was the only way they'd let them screw around with rockets.

I'm in the process of getting my Mechanical Engineering degree. What can I do in the future to get involved with NASA?

Apply to NASA Pathways while you're a student. There's information on nasajobs.nasa.gov.

As someone who is about to graduate high school and wants to work for NASA (or a similar company) after college, do you have any tips/pointers to help me get a foothold in the industry or just tips in general? I plan on majoring in aerospace engineering at the University of Central Florida and possibly transferring to the University of Florida after a few years. Also, what was the atmosphere like in general while you worked as NASA? Did everyone seem to genuinely enjoy their job? How often did the work you were doing feel like something you were only doing because you got paid for it?

If you want to work for NASA, apply as a student intern. NASA loves hiring them. Go to nasajobs.nasa.gov and click the Pathways links at the bottom. There's one for current openings (so keep checking back), and the other has general information about the program.
1
2
3
4
5
6
Anonymous review of NASA

Do you work at NASA? Rate NASA as an Employer.

How would you rate working at NASA?

NASA is ranked #74 on the Best Companies to Work For in District of Columbia list. Zippia's Best Places to Work lists provide unbiased, data-based evaluations of companies. Rankings are based on government and proprietary data on salaries, company financial health, and employee diversity.

How much does NASA pay?
The national average salary for a NASA employee in the United States is $61,975 per year. Employees in the top 10 percent can make over $101,000 per year, while employees at the bottom 10 percent earn less than $37,000 per year.
6.6
Salary Score
Categories
Finance Companies
High Paying Jobs
Program Manager, Project Leader
Highest Paying Location
Bowie, MD
Want to know more?
Show Salaries
Average Employee Earnings 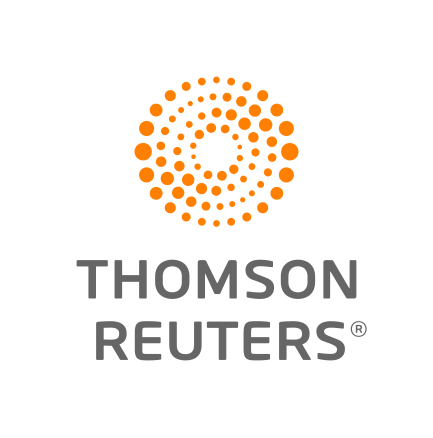 The average employee at NASA earns a yearly salary of $61,975 per year, but different jobs can earn drastically different salaries. Some of the job titles with high salaries at NASA are Program Manager, Project Leader, Team Leader, and Aerospace Engineer. A typical Program Manager salary at NASA is $111,668 per year. Some of the other roles at NASA are Cashier and Teller. A worker with the title Cashier at NASA earns an average salary of $22,038 per year.
Title

On average, employees at NASA stay with the company for 2.9 years. Employees most commonly join NASA after leaving Lockheed Martin. When they leave NASA, they most frequently get their next job at Lockheed Martin.

Do you Work At NASA? 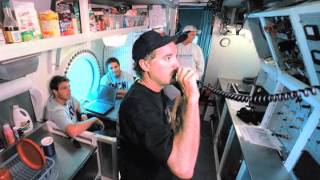 Building a Career at NASA 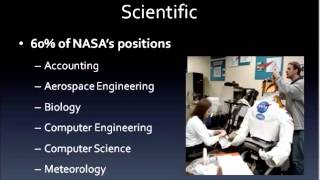 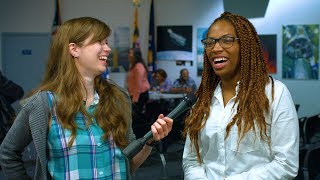 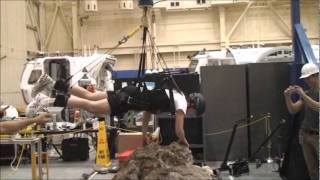 How Would You Rate The Company Culture Of NASA?

Have you worked at NASA? Help other job seekers by rating NASA.

When was NASA founded?

How many Employees does NASA have?

How much money does NASA make?

NASA generates $5.5B in revenue.

What industry is NASA in?

NASA is in the finance industry.

What is NASA's mission?

NASA's mission statement is "We reach for new heights and reveal the unknown for the benefit of humankind."

What type of company is NASA?

NASA is a government company.

Who are NASA's competitors?

Who works at NASA?

Are you an executive, HR leader, or brand manager at NASA?

You can find out what it is like to work at NASA, also known as NASA and NASA - National Aeronautics and Space Administration.

Zippia gives an in-depth look into the details of NASA, including salaries, political affiliations, employee data, and more, in order to inform job seekers about NASA. The employee data is based on information from people who have self-reported their past or current employments at NASA. While we have made attempts to ensure that the information displayed are correct, Zippia is not responsible for any errors or omissions, or for the results obtained from the use of this information. The data presented on this page does not represent the view of NASA and its employees or that of Zippia.