The team at National Geographic

What was your most arduous location/duration/situation during your career in the field?

I had many - I was held up at gunpoint when I was traveling through the rainforest of Gabon. The passenger we had given a ride ended up knowing the person with the gun and all was ok.

Do you feel like capturing moments like these for as large an audience as National Geographic will help people care more about conservation and climate change?

Hi - I hope so but I am also very realistic about not over exaggerating the value of what we do. I think if any organisation on earth can exact change it's National Geographic and I'm proud to work for them trying to do that. But I'm also realistic about my own impact. I guess I do some good - is hoot conservation stories that I hope will change peoples minds. The issue that we really need to fix however is that we tend to change the minds of people in the west far more than people on the ground in the countries where we tell the stories. We need to make more impact in places like south america and Africa - I have to say that Nat Geo is working on this and making real in roads. Thanks!

Hi Charlie. What is the most brutal aspect of your job?

HI thanks for your question. To be honest I don' think any part of my job is actually brutal. Its often physically very demanding and often very uncomfortable but not brutal. I do, I have to say, get a bit bored of 'ego warriors' as I call them who appear on tv and the media saying how tough and hard and I guess brutal their lives and jobs are - the truth is we spend a lot of time sitting in cars and planes and boats. It's physically tough sometimes but always in extraordinary places> thanks!

HI, thanks for doing this. Can you describe a typical shoot in terms of time commitment? I mean, I have the impression that you go to a location where you think your subject might be and then just sit there 18 hours a day for weeks on end. Is that accurate or typical?

thanks for the question - well yes that's pretty accurate. The older I get though the less I choose shoots where I have to do that though. But the deal is - the more time you put in to shooting images of animals, the more you get out. It's a really simple equation. It also depends where and what your shooting. If I'm shooting a specific bird at a nest for instance it's all about sitting in the blind and waiting - for the bird and the light. If I'm shooting in Africa its about driving around and looking for the subject. You do have to get used to lots of early mornings and long hours though - but its fun. Thanks

Hi Charlie, while taking pictures for nature if u see a prey vs predator moment in wild are you allowed to help the prey survive?

HI kd2135 - thanks for your question. We get asked this a lot. My answer is always no - I would never get involved in a predator v prey interaction in the wild. It's really hard sometimes to watch moments when prey animals get attacked but my job isn't to rescue them and change the dynamic of predators and prey.
1
2
3
Anonymous review of National Geographic

How would you rate working at National Geographic?

What do you like about working for National Geographic?

National Geographic is ranked #57 on the Best Media Companies to Work For in America list. Zippia's Best Places to Work lists provide unbiased, data-based evaluations of companies. Rankings are based on government and proprietary data on salaries, company financial health, and employee diversity.

How much does National Geographic pay?
The national average salary for a National Geographic employee in the United States is $50,929 per year. Employees in the top 10 percent can make over $103,000 per year, while employees at the bottom 10 percent earn less than $25,000 per year.
8.8
Salary Score
Categories
Media Companies
High Paying Jobs
Consultant, Director Of Photography
Highest Paying Location
Washington, DC
Want to know more?
Show Salaries
Average Employee Earnings 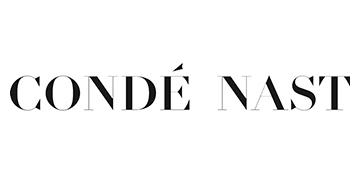 Do you Work At National Geographic?

How Would You Rate The Company Culture Of National Geographic?

When was National Geographic founded?

National Geographic was founded in 1888.

How many Employees does National Geographic have?

How much money does National Geographic make?

What industry is National Geographic in?

National Geographic is in the media industry.

What type of company is National Geographic?

National Geographic is a nonprofit company.

Who are National Geographic's competitors?

Who works at National Geographic?

Where is National Geographic's headquarters?

Are you an executive, HR leader, or brand manager at National Geographic?