Nautilus, Inc. (Nautilus) is a consumer fitness products company. The Company's principal business activities include designing, developing, sourcing and marketing cardio and strength fitness products and related accessories for consumer use, primarily in the United States and Canada. The Company's products are sold under some of the brand names in the fitness industry: Nautilus, Bowflex, Schwinn, Schwinn Fitness and Universal. It has two segments: Direct segments and Retail segments. It disposed its Commercial business in April 2011. During the year ended December 31, 2011, it launched the CoreBody Reformer TM, a product aimed at the yoga/pilates market, in its Direct segment. During 2011, it launched updated models in its TreadClimber line. During 2011, it launched a line of selectorized dumbbells under the Universal brand. During 2011, it introduced a indoor cycling bike and a new Airdyne model. During 2011, it launched a line of selectorized dumbbells under the Universal brand.
The staff at Nautilus come from unusually diverse demographic backgrounds. The company is 39.7% female and 34.0% ethnic minorities. Despite its diversity in other areas, Nautilus employees are noticeably lacking in political diversity. It has an unusually high proportion of employees who are members of the Democratic Party, at 72.0%. Employees seem to enjoy working in an otherwise diverse workplace that is dominated by members of the Democratic Party. Nautilus has great employee retention with staff members usually staying with the company for 4.1 years. The average employee at Nautilus makes $48,342 per year. In comparison, some of its highest paying competitors, like Fitbit, Authentic Brands Group, and G-III Apparel Group, pay $123,375, $85,846, and $56,646, respectively.
Nautilus is a medium health care company with 434 employees and an annual revenue of $552.6M that is headquartered in Vancouver, WA.

To empower healthier living through individualized connected fitness experiences; and in doing so, envision building a healthier world, one person at a time.

Being choked, and violently sexually assaulted. Then, even though the guy admitted it he was not fired. They keep a three day suspension, or a different shift. I had my first panic attack seeing his car in the parking lot. I'm now on ssdi.

Being safe, away from violent predators and people who do not care about my personal safety as a female.
Anonymous review of Nautilus

Do you work at Nautilus? Rate Nautilus as an Employer.

The Team At Nautilus

Nautilus is ranked #66 on the Best Companies to Work For in Washington list. Zippia's Best Places to Work lists provide unbiased, data-based evaluations of companies. Rankings are based on government and proprietary data on salaries, company financial health, and employee diversity.

Research Summary. Using a database of 30 million profiles, Zippia estimates demographics and statistics for Nautilus. Our estimates are verified against BLS, Census, and current job openings data for accuracy. After extensive research and analysis, Zippia's data science team found that:

Do you Work At Nautilus? 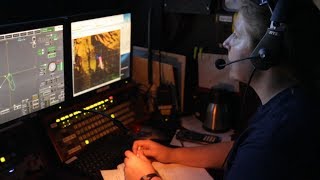 How Would You Rate The Company Culture Of Nautilus?

Have you worked at Nautilus? Help other job seekers by rating Nautilus.

When was Nautilus founded?

How many Employees does Nautilus have?

How much money does Nautilus make?

What industry is Nautilus in?

Nautilus is in the health, wellness and fitness industry.

Nautilus's mission statement is "To empower healthier living through individualized connected fitness experiences; and in doing so, envision building a healthier world, one person at a time."

What type of company is Nautilus?

Nautilus is a public company.

Who works at Nautilus?

Are You An Executive, HR Leader, Or Brand Manager At Nautilus?

Zippia gives an in-depth look into the details of Nautilus, including salaries, political affiliations, employee data, and more, in order to inform job seekers about Nautilus. The employee data is based on information from people who have self-reported their past or current employments at Nautilus. The data on this page is also based on data sources collected from public and open data sources on the Internet and other locations, as well as proprietary data we licensed from other companies. Sources of data may include, but are not limited to, the BLS, company filings, estimates based on those filings, H1B filings, and other public and private datasets. While we have made attempts to ensure that the information displayed are correct, Zippia is not responsible for any errors or omissions or for the results obtained from the use of this information. None of the information on this page has been provided or approved by Nautilus. The data presented on this page does not represent the view of Nautilus and its employees or that of Zippia.