The Culture At NBCUniversal

Information provided by the company
Universal Creative is seeking unique and bold talent to grow with us as we envision, design and deliver innovative attractions, exhilarating experiences, world-class resorts and immersive parks around the globe. Join us in creating a Universe of fun!
Show More
With a commitment to win and the resources to do it, great things are happening at the NBC Owned Stations. Our company leaders are big believers in local TV and the contributions our stations can make to the larger company. From our thriving newsrooms committed to enterprise journalism, to our sophisticated technical operations dedicated to delivering the highest quality content to our viewers, to our advertising relationships with clients large and small, there has never been a better time to work in the NBC Owned Stations division.
Show More
It's our passion and commitment to excellence that drives NBCU's vast portfolio of brands to succeed. NBCUniversal is one of the world's leading media and entertainment companies in the development, production, and marketing of entertainment, news, and information to a global audience. From broadcast and cable networks, news and sports platforms, to film, world-renowned theme parks and a diverse suite of digital properties, we take pride in all that we do and all that we represent. It's what makes us uniquely NBCU. Here you can create the extraordinary.
Show More
A passion (that borders on an obsession) for digital media;. A commitment to a career in digital journalism;. A genuine enthusiasm for CNBC content.
Fandango is the destination for All Things Movies, and we are inviting Summer Interns to put their love of movies and their passion for technology to work. Come building great things for fellow movie fans.

NBCUniversal is a media and entertainment company that develops, produces, and markets entertainment, news, and information to a global audience. The company was formed through the combination of NBC and Vivendi Universal Entertainment. It owns and operates a portfolio of news and entertainment television networks, a motion picture company, television production operations, a television stations group, theme parks, and a suite of internet-based businesses. NBCUniversal was founded in 2004 and is headquartered in New York, United States with presence in California, New Jersey, Florida, Connecticut as well as London, United Kingdom. It is a subsidiary of Comcast Corporation .
The staff at NBCUniversal come from unusually diverse demographic backgrounds. The company is 49.1% female and 48.4% ethnic minorities. Despite its diversity in other areas, NBCUniversal employees are noticeably lacking in political diversity. It has an unusually high proportion of employees who are members of the Democratic Party, at 93.0%. Employees seem to enjoy working in an otherwise diverse workplace that is dominated by members of the Democratic Party. NBCUniversal has great employee retention with staff members usually staying with the company for 3.8 years. The average employee at NBCUniversal makes $51,362 per year. Pay at NBCUniversal is significantly lower than some of its highest paying competitors, like HBO, Fox Broadcasting Company, and News, which pay $82,547, $81,460, and $65,697, respectively.
NBCUniversal is an industry leader with 35,000 employees and an annual revenue of $33.0B that is headquartered in New York, NY.

Driving in the parking structure

Being part of largest working movie studio in the World!

I liked the attention that is given to every job title. No matter what you are doing, your job title matters.

Not enough responsibilities for my role.

Free passes to the theme parks

How would you rate working at NBCUniversal?

The Team At NBCUniversal

NBCUniversal is ranked #54 on the Best Media Companies to Work For in America list. Zippia's Best Places to Work lists provide unbiased, data-based evaluations of companies. Rankings are based on government and proprietary data on salaries, company financial health, and employee diversity.

Research Summary. Using a database of 30 million profiles, Zippia estimates demographics and statistics for NBCUniversal. Our estimates are verified against BLS, Census, and current job openings data for accuracy. After extensive research and analysis, Zippia's data science team found that:

Do you Work At NBCUniversal? 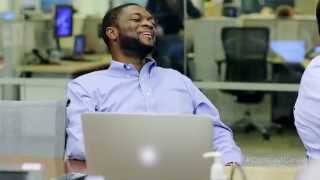 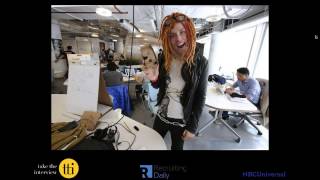 How Would You Rate The Company Culture Of NBCUniversal?

Subsidiaries to NBCUniversal include Oxygen. Employees at the parent company, NBCUniversal, earn $51,362 whereas employees at Oxygen earn $50,155, on average.
Company

When was NBCUniversal founded?

NBCUniversal was founded in 2004.

How many Employees does NBCUniversal have?

How much money does NBCUniversal make?

NBCUniversal generates $33.0B in revenue.

What industry is NBCUniversal in?

NBCUniversal is in the mass media industry.

What type of company is NBCUniversal?

NBCUniversal is a private company.

Who are NBCUniversal's competitors?

Who works at NBCUniversal?

Where is NBCUniversal's headquarters?

Are You An Executive, HR Leader, Or Brand Manager At NBCUniversal?

Zippia gives an in-depth look into the details of NBCUniversal, including salaries, political affiliations, employee data, and more, in order to inform job seekers about NBCUniversal. The employee data is based on information from people who have self-reported their past or current employments at NBCUniversal. The data on this page is also based on data sources collected from public and open data sources on the Internet and other locations, as well as proprietary data we licensed from other companies. Sources of data may include, but are not limited to, the BLS, company filings, estimates based on those filings, H1B filings, and other public and private datasets. While we have made attempts to ensure that the information displayed are correct, Zippia is not responsible for any errors or omissions or for the results obtained from the use of this information. None of the information on this page has been provided or approved by NBCUniversal. The data presented on this page does not represent the view of NBCUniversal and its employees or that of Zippia.