NetApp, Inc. is a hybrid cloud data services and data management company headquartered in Sunnyvale, California. It has ranked in the Fortune 500 since 2012. Founded in 1992 with an IPO in 1995, NetApp offers hybrid cloud data services for management of applications and data across cloud and on-premises environments.
The staff at NetApp come from unusually diverse demographic backgrounds. The company is 27.8% female and 50.2% ethnic minorities. Even though it has great demographic diversity, NetApp notably lacks in political diversity. It has an unusually high proportion of employees who are members of the Democratic Party, at 68.2%. Despite having coworkers who agree with each other about politics, employees at NetApp tend to have relatively short tenures. Staff members usually stay with the company for 2.8 years. The average employee at NetApp makes $97,667 per year. Pay at NetApp is significantly lower than some of its highest paying competitors, like Microsoft, Cisco Systems, and VMware, which pay $134,996, $124,473, and $121,970, respectively.
NetApp is an industry leader with 10,100 employees and an annual revenue of $6.2B that is headquartered in Sunnyvale, California.

Our mission has always been to help our customers achieve what matters most to them.

The team at NetApp

What do people say about NetApp

Love the culture, the products, and the people. Show More

Also remember netapp had some layoffs that had people forced to move the other way (NetApp to Partner). So it really depends what part of the company you're applying for. Im not an employee, but i suspect that is the case. Hard to warrent new hires when you laid off 5-10% of the company.

Laying off 5-10% of a company in order to free up capital to invest in other more valuable projects is just part of business as usual for tech companies. NetApp almost never stops hiring during their layoff seasons.

I worked at NetApp as an intern for a summer at the NC office about two years ago. The best thing about it I felt was the people. For one, I found people to be generally older than the typical 20's software engineers that seem to be everywhere in the Bay Area. They keep normal schedules, get their work done, and basically traverse a happy medium in between overworking and not working at all (just the right amount?). I think that goes a long way to keeping employees happy. They have company-wide happy hour on Fridays which everyone looks forward to. Great beers on tap always at these things supposedly, but I was 20 so I only got root beer. :-( Overall, it's probably one of the most stereotypical tech companies you can think of (cubicles, lots of meetings, set company hierarchy). Compared to Google, Facebook, and those other tech giants, I definitely got the feel that the company is not as ambitious in that they do not want to change the world (and build crazy software applications to do so). Instead, they focus on their strength, data storage, and do it well. A lot of the stuff they work on is a actually pretty cool if you are into databases, big data (like Apache Hadoop), or data in general from a CS standpoint. But their main products are their [filers](http://en.wikipedia.org/wiki/NetApp_filer). So I guess I would say they are hardware-oriented because without these, there would be no NetApp. I put NetApp up there. You have to enjoy the stuff they work on, but otherwise pretty solid.

One of my good friends interned at the Sunnyvale HC and hated it. He didn't like most of the full time employees and his project wasn't realistic or fun. He didn't learn that much and most of his fellow interns felt the same way. Just another perspective, remember to take it in all in with a grain of salt. Just because some company is listed as a good place to work doesn't mean you will fit in well. The only way to find out is to go there and make sure to get a good look around when you interview.
Anonymous review of NetApp

Do you work at NetApp? Rate NetApp as an Employer.

How would you rate working at NetApp?

NetApp is ranked #48 on the Best Internet Companies to Work For in America list. Zippia's Best Places to Work lists provide unbiased, data-based evaluations of companies. Rankings are based on government and proprietary data on salaries, company financial health, and employee diversity.

While NetApp employees earn an average yearly salary of $97,667, different roles can command different wages. Some of the positions that earn high wages at NetApp include Senior Director, Systems Architect, Product Manager, and Professional Services Consultant. A typical Senior Director salary at NetApp is $150,721. To get a better sense of the salaries at NetApp, other roles such as Sales Support Representative and Technical Support Engineer can be considered as well. For comparison, the title Sales Support Representative at NetApp earns $51,206 per year.
Show More

On average, employees at NetApp stay with the company for 2.8 years. Employees most commonly join NetApp after leaving Cisco Systems. When they leave NetApp, they most frequently get their next job at Cisco Systems.

Do you Work At NetApp? 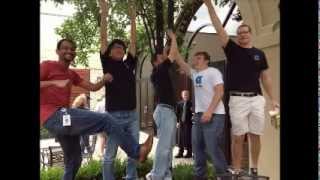 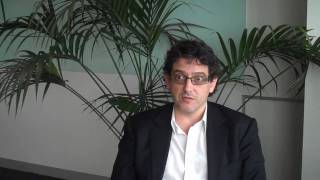 WHAT MAKES NETAPP A GREAT PLACE TO WORK

How Would You Rate The Company Culture Of NetApp?

Have you worked at NetApp? Help other job seekers by rating NetApp.

Based on our research, similar companies to NetApp are Microsoft Corporation, Cisco Systems, and VMware. Employees at Microsoft Corporation earn more than most of the competition, with an average yearly salary of $134,996. The employees at Cisco Systems earn an average yearly salary of $124,473 per year, and the salaries at VMware average $121,970 per year.
Show More

When was NetApp founded?

How many Employees does NetApp have?

How much money does NetApp make?

NetApp generates $6.2B in revenue.

What industry is NetApp in?

NetApp is in the internet software & services industry.

What is NetApp's mission?

NetApp's mission statement is "Our mission has always been to help our customers achieve what matters most to them."

What type of company is NetApp?

NetApp is a public company.

Who are NetApp's competitors?

Who works at NetApp?

Mike Nevens (Chairman of the Board)

Are you an executive, HR leader, or brand manager at NetApp?

You can find out what it is like to work at NetApp, also known as NETAPP INC, NetApp, NetApp Inc and NetApp, Inc..

Zippia gives an in-depth look into the details of NetApp, including salaries, political affiliations, employee data, and more, in order to inform job seekers about NetApp. The employee data is based on information from people who have self-reported their past or current employments at NetApp. While we have made attempts to ensure that the information displayed are correct, Zippia is not responsible for any errors or omissions, or for the results obtained from the use of this information. The data presented on this page does not represent the view of NetApp and its employees or that of Zippia.