Headquartered in Tulsa, Okla., NORDAM is one of the world's largest independently owned aerospace companies, employing 2,500 stakeholder-employees across multiple facilities in the U.S., the U.K. and Singapore. We set the benchmark in targeted solut...
The staff at NORDAM come from unusually diverse demographic backgrounds. The company is 26.7% female and 35.4% ethnic minorities. Despite its diversity in other areas, NORDAM employees are noticeably lacking in political diversity. It has an unusually high proportion of employees who are members of the Republican Party, at 68.4%. Employees seem to enjoy working in an otherwise diverse workplace that is dominated by members of the Republican Party. NORDAM has great employee retention with staff members usually staying with the company for 3.4 years. The average employee at NORDAM makes $52,249 per year. Pay at NORDAM is significantly lower than some of its highest paying competitors, like Gulfstream Aerospace, Kearfott, and Sikorsky Aircraft, which pay $69,705, $68,321, and $68,213, respectively.
A large technology company with 2,413 employees and an annual revenue of $666.0M, NORDAM is headquartered in Oklahoma.

Our families helping other families fly safely by providing high quality products and services, delivered on time, with best in class customer service.

Perks of Working at NORDAM

As part of NORDAM's continuing commitment to provide stakeholders with opportunities to learn and grow, an education assistance program has been established. This plan is designed to encourage and assist stakeholders in pursuit of long-term development through higher education that is either degree-seeking or job-related courses that are associated with NORDAM businesses.

The Team At NORDAM

The Inside Scoop
NORDAM was founded upon a dynamic vision and passion for treating people well. The company's unique culture was established by Ray and Milann Siegfried, and is based on respect for all individuals, caring for each other, and a healthy dose of fun in the workplace.
Show More

What do people say about NORDAM

NORDAM is ranked #24 on the Best Companies to Work For in Oklahoma list. Zippia's Best Places to Work lists provide unbiased, data-based evaluations of companies. Rankings are based on government and proprietary data on salaries, company financial health, and employee diversity.

How much does NORDAM pay?
The national average salary for an NORDAM employee in the United States is $53,026 per year. Employees in the top 10 percent can make over $92,000 per year, while employees at the bottom 10 percent earn less than $30,000 per year.
7.4
Salary Score
Categories
Technology Companies
High Paying Jobs
Division Controller, Stress Engineer
Highest Paying Location
Tulsa, OK
Want to know more?
Show Salaries
Average Employee Earnings
$69,405
$53,026
$50,386
$49,947
$45,319

While the average employee salary at NORDAM is $53,026, there is a big variation in pay depending on the role.

Some of the positions that earn high wages at NORDAM include division controller, stress engineer, human resources manager, and engineering specialist.

A typical division controller salary at NORDAM is $103,761.

On average, employees at NORDAM stay with the company for 3.4 years. Employees most commonly join NORDAM after leaving Boeing. When they leave NORDAM, they most frequently get their next job at Spirit AeroSystems.

Do you Work At NORDAM? 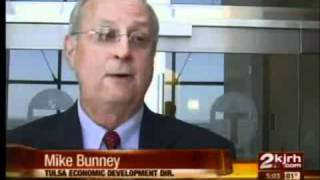 How Would You Rate The Company Culture Of NORDAM?

Have you worked at NORDAM? Help other job seekers by rating NORDAM.

Based on our research, similar companies to NORDAM are Gulfstream Aerospace, Kearfott, and Sikorsky Aircraft.

The average salaries at Gulfstream Aerospace rank the highest, with their employees earning an average salary of $69,405 per year.

The employees at Kearfott earn an average yearly salary of $68,359 per year, and the salaries at Sikorsky Aircraft average $68,013 per year.

How many Employees does NORDAM have?

How much money does NORDAM make?

What industry is NORDAM in?

NORDAM is in the aerospace & defense industry.

What type of company is NORDAM?

NORDAM is a private company.

Who works at NORDAM?

NORDAM's headquarters is in Tulsa, OK.

Are You An Executive, HR Leader, Or Brand Manager At NORDAM?

Zippia gives an in-depth look into the details of NORDAM, including salaries, political affiliations, employee data, and more, in order to inform job seekers about NORDAM. The employee data is based on information from people who have self-reported their past or current employments at NORDAM. While we have made attempts to ensure that the information displayed are correct, Zippia is not responsible for any errors or omissions, or for the results obtained from the use of this information. The data presented on this page does not represent the view of NORDAM and its employees or that of Zippia.