Novatek is Russia's second largest natural gas producer, and the seventh largest publicly traded company globally by natural gas production volume. The company was originally known as OAO FIK Novafininvest. Novatek is based in the Yamalo-Nenets Autonomous Region in West Siberia, and maintains a sales office in Moscow.
Founded in 1997, Novatek is an established company that loves to hire graduates from Brigham Young University, with 38.9% of its employees having attended Brigham Young University. Novatek has established itself as a great place to work in Pennsylvania, and it is number 2 on Zippia's list of Best Companies to Work for in Phoenixville, PA. The average employee at Novatek makes $70,455 per year. Pay at Novatek is significantly lower than some of its highest paying competitors, like Aera Energy, OneSubsea, and Aker Solutions Americas Inc, which pay $98,493, $93,566, and $84,615, respectively.
Based in Pennsylvania, Novatek is a key player in the energy industry with 5,997 employees and an annual revenue of $10.0B.

The Team At Novatek

What do people say about Novatek

Novatek is ranked #14 on the Best Energy Companies to Work For in Pennsylvania list. Zippia's Best Places to Work lists provide unbiased, data-based evaluations of companies. Rankings are based on government and proprietary data on salaries, company financial health, and employee diversity.

On average, employees at Novatek stay with the company for 3.1 years. Employees most commonly join Novatek after leaving A B B Labels. When they leave Novatek, they most frequently get their next job at National Oilwell Varco.

7.5
Diversity Score
We calculated the diversity score of companies by measuring multiple factors, including the ethnic background, gender identity, and language skills of their workforce.

Do you Work At Novatek? 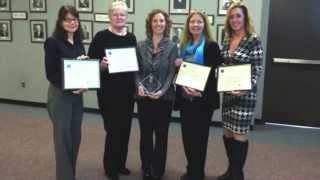 How Would You Rate The Company Culture Of Novatek?

Have you worked at Novatek? Help other job seekers by rating Novatek.

Some of the competitors of Novatek are Aera Energy, OneSubsea, and Aker Solutions Americas Inc. The wages at Aera Energy average higher than the other similar companies, where the median salary is $98,493 per year. The salaries at OneSubsea average $93,566 per year, and the salaries at Aker Solutions Americas Inc come in at $84,615 per year.
Company

When was Novatek founded?

How many Employees does Novatek have?

How much money does Novatek make?

Novatek generates $10.0B in revenue.

What industry is Novatek in?

Novatek is in the energy industry.

What type of company is Novatek?

Novatek is a public company.

Who works at Novatek?

Novatek's headquarters is in Phoenixville, PA.

Are You An Executive, HR Leader, Or Brand Manager At Novatek?

Zippia gives an in-depth look into the details of Novatek, including salaries, political affiliations, employee data, and more, in order to inform job seekers about Novatek. The employee data is based on information from people who have self-reported their past or current employments at Novatek. While we have made attempts to ensure that the information displayed are correct, Zippia is not responsible for any errors or omissions, or for the results obtained from the use of this information. The data presented on this page does not represent the view of Novatek and its employees or that of Zippia.

Novatek may also be known as or be related to NOVATEK LLC, Novatek, Novatek Corp and PAO NOVATEK.