The Culture At NRG Energy

Information provided by the company
At Goal Zero, an NRG owned company; our mission is to empower people with a bright, safe, connected and sustainable future by delivering smart, portable power solutions designed for everyone, everywhere.
This innovative team is changing the way businesses produce and consume energy and are driving a transformation of the industry by creating solutions that assert NRG as a dominant force in the energy consulting arena.
Serve as a problem-solver with the commitment to support NRG s vision to provide sustainability services for a sustainable energy future.
We are passionate about inventing the future of this industry.
We are America's renewable energy leader, offering consumers an easy way to support clean power, and now more than ever we need individuals with excellent interaction skills, and who are passionate about preserving the environment, to join our team!
Show More

NRG Energy, Inc. is a large American energy company, dual-headquartered in Princeton, New Jersey and Houston, Texas. It was formerly the wholesale arm of Northern States Power Company, which became Xcel Energy, but became independent in 2000. NRG Energy is involved in energy generation and retail electricity.
The staff at NRG Energy come from unusually diverse demographic backgrounds. The company is 30.6% female and 47.1% ethnic minorities. Despite its diversity in other areas, NRG Energy employees are noticeably lacking in political diversity. It has an unusually high proportion of employees who are members of the Democratic Party, at 80.0%. Employees seem to enjoy working in an otherwise diverse workplace that is dominated by members of the Democratic Party. NRG Energy has great employee retention with staff members usually staying with the company for 5.5 years. The average employee at NRG Energy makes $76,877 per year. In comparison, some of its highest paying competitors, like ConocoPhillips, Devon Energy, and CMS Energy, pay $100,284, $83,432, and $80,972, respectively.
A large utilities company with 5,940 employees and an annual revenue of $12.5B, NRG Energy is headquartered in Houston, TX.

We provide reliable wholesale electricity safely and in a manner consistent with our civic and environmental commitment to the communities we serve.

Possibly returning to office instead of working from home.

it is a mess job

None i can think of

Access to gym, being able to get a lunch,healthcare,knowledge sharing and career growth
Anonymous review of NRG Energy

Do you work at NRG Energy? Rate NRG Energy as an Employer.

How would you rate working at NRG Energy?

What do you like about working for NRG Energy?

The Team At NRG Energy

NRG Energy is ranked #8 on the Best Utilities Companies to Work For in America list. Zippia's Best Places to Work lists provide unbiased, data-based evaluations of companies. Rankings are based on government and proprietary data on salaries, company financial health, and employee diversity.

On average, employees at NRG Energy stay with the company for 5.5 years. Employees most commonly join NRG Energy after leaving United States Navy. When they leave NRG Energy, they most frequently get their next job at Wells Fargo.

Do you Work At NRG Energy? 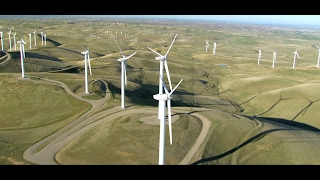 Power Your Potential at NRG 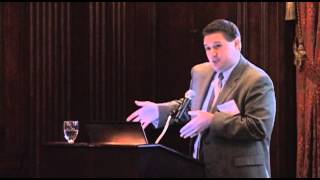 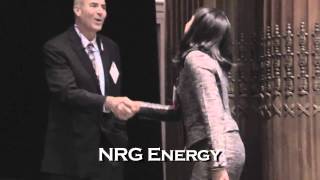 How Would You Rate The Company Culture Of NRG Energy?

Have you worked at NRG Energy? Help other job seekers by rating NRG Energy.

When was NRG Energy founded?

How many Employees does NRG Energy have?

How much money does NRG Energy make?

NRG Energy generates $12.5B in revenue.

What industry is NRG Energy in?

NRG Energy is in the electric utilities industry.

What is NRG Energy's mission?

NRG Energy's mission statement is "We provide reliable wholesale electricity safely and in a manner consistent with our civic and environmental commitment to the communities we serve."

What type of company is NRG Energy?

NRG Energy is a public company.

Who are NRG Energy's competitors?

Who works at NRG Energy?

Are You An Executive, HR Leader, Or Brand Manager At NRG Energy?

Zippia gives an in-depth look into the details of NRG Energy, including salaries, political affiliations, employee data, and more, in order to inform job seekers about NRG Energy. The employee data is based on information from people who have self-reported their past or current employments at NRG Energy. While we have made attempts to ensure that the information displayed are correct, Zippia is not responsible for any errors or omissions, or for the results obtained from the use of this information. The data presented on this page does not represent the view of NRG Energy and its employees or that of Zippia.