Find The Best Outpatient Psychiatrist Jobs For You

An Outpatient Psychiatrist is a medical expert responsible for diagnosing and providing mental health care for an outpatient, a patient who frequents a hospital or another healthcare facility to receive treatment for a disorder or disease. This position is very similar to that of most other Psychiatrists.

They treat patients with various disorders and mental health issues, such as anxiety and major depressive disorders, mood disorders, and more common diagnoses. Seeing as they work around other doctors, usually, those closely tied to other forms of medicine, it is often the case that they collaborate and communicate with other staff members to diagnose and treat patients.

A person seeking work as an Outpatient Psychiatrist generally needs to have a medical degree and a state-issued license to practice. Most people in this position have a Ph.D., but some also have other university-level degrees, such as Bachelors and Masters. Strong listening and interpersonal skill are necessary, as well as the ability to maintain accurate medical and personal records. An Outpatient Psychiatrist earns an average of $111.02 an hour.

There is more than meets the eye when it comes to being an outpatient psychiatrist. For example, did you know that they make an average of $110.39 an hour? That's $229,620 a year!

What Does an Outpatient Psychiatrist Do

There are certain skills that many outpatient psychiatrists have in order to accomplish their responsibilities. By taking a look through resumes, we were able to narrow down the most common skills for a person in this position. We discovered that a lot of resumes listed detail oriented, leadership skills and physical stamina.

When it comes to searching for a job, many search for a key term or phrase. Instead, it might be more helpful to search by industry, as you might be missing jobs that you never thought about in industries that you didn't even think offered positions related to the outpatient psychiatrist job title. But what industry to start with? Most outpatient psychiatrists actually find jobs in the health care and professional industries.

How To Become an Outpatient Psychiatrist

Average Salary for an Outpatient Psychiatrist

Outpatient Psychiatrists in America make an average salary of $229,620 per year or $110 per hour. The top 10 percent makes over $382,000 per year, while the bottom 10 percent under $137,000 per year.
Average Salary
$229,620
Find Your Salary Estimate
How much should you be earning as an Architect? Use Zippia's Salary Calculator to get an estimation of how much you should be earning.

Online Courses For Outpatient Psychiatrist That You May Like

(20 contact hours) Learn a groundbreaking, holistic and integrative approach to treating mental health problems. This course will provide complementary methods of care which are combined with medications and psychotherapy to effectively address the physical, psychological, and spiritual needs of individuals with a variety of mental health conditions... 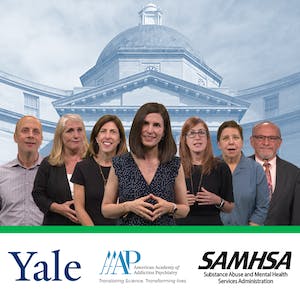 In today's world, mental illness and distress are common and these account for a significant burden of disability within our community. At the same time, there is a growing interest in understanding and enhancing positive mental health and wellbeing; particularly from developments in the fields of positive psychology and mental health promotion. Positive Psychiatry is a new term (Jeste et al 2016) that describes a dual approach to mental health, where we build strengths, supports and healthy lif...

Top Skills For an Outpatient Psychiatrist

The skills section on your resume can be almost as important as the experience section, so you want it to be an accurate portrayal of what you can do. Luckily, we've found all of the skills you'll need so even if you don't have these skills yet, you know what you need to work on. Out of all the resumes we looked through, 26.6% of outpatient psychiatrists listed adult psychiatry on their resume, but soft skills such as detail oriented and leadership skills are important as well.

Best States For an Outpatient Psychiatrist

Some places are better than others when it comes to starting a career as an outpatient psychiatrist. The best states for people in this position are Maine, North Dakota, Massachusetts, and Illinois. Outpatient psychiatrists make the most in Maine with an average salary of $194,498. Whereas in North Dakota and Massachusetts, they would average $189,039 and $188,093, respectively. While outpatient psychiatrists would only make an average of $187,930 in Illinois, you would still make more there than in the rest of the country. We determined these as the best states based on job availability and pay. By finding the median salary, cost of living, and using the Bureau of Labor Statistics' Location Quotient, we narrowed down our list of states to these four.

Total Outpatient Psychiatrist Jobs:
16
Highest 10% Earn:
$275,000
Location Quotient:
1.39
Location Quotient is a measure used by the Bureau of Labor Statistics (BLS) to determine how concentrated a certain industry is in a single state compared to the nation as a whole. You can read more about how BLS calculates location quotients here

Total Outpatient Psychiatrist Jobs:
12
Highest 10% Earn:
$272,000
Location Quotient:
1.49
Location Quotient is a measure used by the Bureau of Labor Statistics (BLS) to determine how concentrated a certain industry is in a single state compared to the nation as a whole. You can read more about how BLS calculates location quotients here

Total Outpatient Psychiatrist Jobs:
176
Highest 10% Earn:
$267,000
Location Quotient:
1.75
Location Quotient is a measure used by the Bureau of Labor Statistics (BLS) to determine how concentrated a certain industry is in a single state compared to the nation as a whole. You can read more about how BLS calculates location quotients here

How Do Outpatient Psychiatrist Rate Their Jobs?