Find The Best Pathology Transcriptionist Jobs For You

There is more than meets the eye when it comes to being a pathology transcriptionist. For example, did you know that they make an average of $16.44 an hour? That's $34,202 a year!

What Does a Pathology Transcriptionist Do

There are certain skills that many pathology transcriptionists have in order to accomplish their responsibilities. By taking a look through resumes, we were able to narrow down the most common skills for a person in this position. We discovered that a lot of resumes listed organizational skills, writing skills and computer skills.

When it comes to searching for a job, many search for a key term or phrase. Instead, it might be more helpful to search by industry, as you might be missing jobs that you never thought about in industries that you didn't even think offered positions related to the pathology transcriptionist job title. But what industry to start with? Most pathology transcriptionists actually find jobs in the health care and professional industries.

How To Become a Pathology Transcriptionist

As you move along in your career, you may start taking on more responsibilities or notice that you've taken on a leadership role. Using our career map, a pathology transcriptionist can determine their career goals through the career progression. For example, they could start out with a role such as medical transcriptionist, progress to a title such as legal secretary and then eventually end up with the title practice manager.

Average Salary for a Pathology Transcriptionist

Pathology Transcriptionists in America make an average salary of $34,202 per year or $16 per hour. The top 10 percent makes over $55,000 per year, while the bottom 10 percent under $21,000 per year.
Average Salary
$34,202
Find Your Salary Estimate
How much should you be earning as an Architect? Use Zippia's Salary Calculator to get an estimation of how much you should be earning.

Online Courses For Pathology Transcriptionist That You May Like

Dear listeners! Warning: this course contains shocking materials and is not recommended for viewing to persons with weak psyche, minors and pregnant women. The course describes subject and methods of Pathophysiology, its place within system of biomedical sciences and history. It includes General Nosology (concept of health and disease, general etiology and pathogenesis, pathological processes and states, role of causal factors, conditions, reactivity and somatotype in pathology). It gives system...

Top Skills For a Pathology Transcriptionist

The skills section on your resume can be almost as important as the experience section, so you want it to be an accurate portrayal of what you can do. Luckily, we've found all of the skills you'll need so even if you don't have these skills yet, you know what you need to work on. Out of all the resumes we looked through, 35.7% of pathology transcriptionists listed medical records on their resume, but soft skills such as organizational skills and writing skills are important as well.

How Do Pathology Transcriptionist Rate Their Jobs? 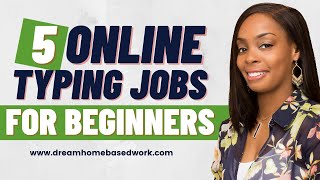 5 Online Transcription Jobs - No Prior Experience 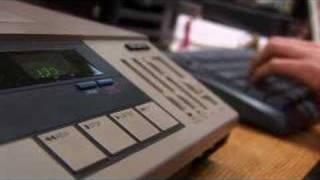