Paychex, Inc., together with its subsidiaries, provides payroll, human resource, and benefits outsourcing solutions for small- to medium-sized businesses in the United States and Germany.Go to http://www.enrollpaychex.com and sign up today. It offers payroll processing services, which include calculation, preparation, and delivery of employee payroll checks; production of internal accounting records and management reports; preparation of federal, state, and local payroll tax returns; and collection and remittance of clients' payroll obligations. The company also provides payroll tax administration services; employee payment services; and regulatory compliance services, such as new-hire reporting and garnishment processing. Its human resource outsourcing services include payroll, employer compliance, human resource and employee benefits administration, risk management outsourcing, and the on-site availability of a professionally trained human resource representative. In addition, the company offers retirement services administration; workers' compensation insurance services; health and benefits services; time and attendance solutions; and other human resource services and products. It also operates a professional employer organization. As of May 31, 2009, the company served approximately 554,000 clients in the United States; and 1,600 clients in Germany. Paychex, Inc. was founded in 1971 and is headquartered in Rochester, New York.
The staff at Paychex come from unusually diverse demographic backgrounds. The company is 53.2% female and 37.8% ethnic minorities. Paychex employees are slightly more likely to be members of the Democratic Party than the Republican Party, with 63.0% of employees identifying as members of the Democratic Party. Despite their political differences, employees at Paychex seem to be happy. The company has great employee retention with staff members usually staying for 4.9 years. The average employee at Paychex makes $53,609 per year. Pay at Paychex is significantly lower than some of its highest paying competitors, like Square, Workday, and Morgan Stanley, which pay $128,972, $127,093, and $117,587, respectively.
Based in Rochester, NY, Paychex is an industry leader with 14,300 employees and an annual revenue of $4.0B.

The interdepartmental communication is non-existent making it very hard to conduct effective presentations to prospects.

Unlimited PTO but with low base pay

My colleagues on my sales team and manager were awesome to work with.

Company good to employees in need

Company requires more and more with no extra pay

Great leadership and focus on employees. Culture is fantastic and a main focus within the organization.

Great benefits. The products & services on the surface are great.

Do you work at Paychex? Rate Paychex as an Employer.

How would you rate working at Paychex?

The Team At Paychex

Paychex is ranked #16 on the Best Companies to Work For in Rochester, NY list. Zippia's Best Places to Work lists provide unbiased, data-based evaluations of companies. Rankings are based on government and proprietary data on salaries, company financial health, and employee diversity.

Research Summary. Using a database of 30 million profiles, Zippia estimates demographics and statistics for Paychex. Our estimates are verified against BLS, Census, and current job openings data for accuracy. After extensive research and analysis, Zippia's data science team found that:

Do you Work At Paychex?

Paychex employees are most likely to be members of the Democratic Party. The largest donation made to a political party by a Paychex employee was by John Sebo. John Sebo donated $18,650 to the Republican Party. 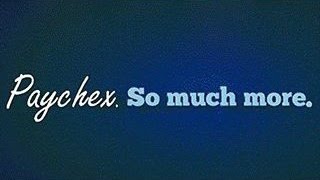 Paychex: So Much More 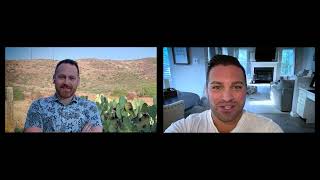 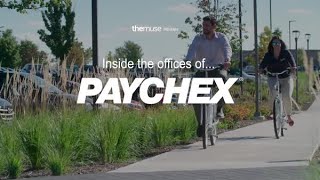 Inside the offices of Paychex 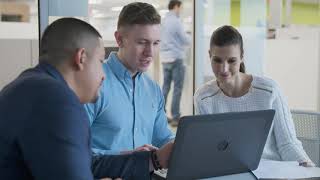 Find out why Paychex is IT

How Would You Rate The Company Culture Of Paychex?

Have you worked at Paychex? Help other job seekers by rating Paychex.

When was Paychex founded?

How many Employees does Paychex have?

How much money does Paychex make?

Paychex generates $4.0B in revenue.

What industry is Paychex in?

Paychex is in the human resources industry.

What type of company is Paychex?

Paychex is a public company.

Who works at Paychex?

Paychex's headquarters is in Rochester, NY.

Are You An Executive, HR Leader, Or Brand Manager At Paychex?

Zippia gives an in-depth look into the details of Paychex, including salaries, political affiliations, employee data, and more, in order to inform job seekers about Paychex. The employee data is based on information from people who have self-reported their past or current employments at Paychex. The data on this page is also based on data sources collected from public and open data sources on the Internet and other locations, as well as proprietary data we licensed from other companies. Sources of data may include, but are not limited to, the BLS, company filings, estimates based on those filings, H1B filings, and other public and private datasets. While we have made attempts to ensure that the information displayed are correct, Zippia is not responsible for any errors or omissions or for the results obtained from the use of this information. None of the information on this page has been provided or approved by Paychex. The data presented on this page does not represent the view of Paychex and its employees or that of Zippia.

Paychex may also be known as or be related to Paychex, Paychex Inc and Paychex, Inc.