The Culture At Peace Corps

Peace Corps is a volunteer program run by the United States government. The stated mission of Peace Corps includes providing technical assistance, helping people outside the United States to understand American culture, and helping Americans to understand the cultures of other countries. Peace Corps's work is generally related to social and economic development. Normally each program participants and Peace Corps volunteers are American citizens with college degrees and who have worked abroad for a period of two years after three months of training. Volunteers of Peace Corps work with governments, schools, non-profit organizations, non-government organizations, and entrepreneurs in education, hunger business, information technology, agriculture, and the environment. After 24 months of service, volunteers are able to request an extension of service. Peace Corps was established by Executive Order 10924, issued by President John F. Kennedy on March 1, 1961.
The staff at Peace Corps come from unusually diverse demographic backgrounds. The organization is 57.6% female and 39.8% ethnic minorities. Even though it has great demographic diversity, Peace Corps notably lacks in political diversity. It has an unusually high proportion of employees who are members of the Democratic Party, at 90.0%. Despite having coworkers who agree with each other about politics, employees at Peace Corps tend to have relatively short tenures. Staff members usually stay with the organization for 2.6 years.
Based in Washington, DC, Peace Corps is a key player in the professional industry with 6,914 employees and an annual revenue of $320.0M.

To promote world peace and friendship by fulfilling three goals: to help promote a better understanding of other peoples on the part of americans.

The development change it makes globally

It is focused on a great Mission

Community-building and opportunities for critical self-reflection

lack of discussion or development in skills dismantling racism and post-colonialist practice.

Difficult to integrate and learn the language/culture of another country.

Experiencing a new country and a diverse culture of people is incredible. The cross-cultural training provided by the Peace Corps prepared me for effective service. I have formed very meaningful relationships with Americans and host country nationals. I have autonomy in my work to focus on things I and my community feel are most important.

It's extremely difficult to live in a third world country after you've been raised in the first world! No electricity or running water is OK with time but the isolation will really get to you. Also from the admin side of things, the inefficiency of bureaucracy and self-explanatory training is a real time suck.

Living and serving with a group of motivated Americans who want to serve and explore the world.
Anonymous review of Peace Corps

How would you rate working at Peace Corps?

What do you like about working for Peace Corps?

The Team At Peace Corps

Peace Corps is ranked #80 on the Best Companies to Work For in District of Columbia list. Zippia's Best Places to Work lists provide unbiased, data-based evaluations of companies. Rankings are based on government and proprietary data on salaries, company financial health, and employee diversity.

Do you Work At Peace Corps? 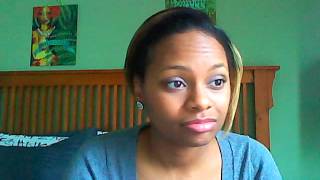 How Would You Rate The Company Culture Of Peace Corps?

Have you worked at Peace Corps? Help other job seekers by rating Peace Corps.

When was Peace Corps founded?

How many Employees does Peace Corps have?

How much money does Peace Corps make?

What industry is Peace Corps in?

Peace Corps is in the international affairs industry.

What is Peace Corps's mission?

Peace Corps's mission statement is "To promote world peace and friendship by fulfilling three goals: to help promote a better understanding of other peoples on the part of americans."

What type of company is Peace Corps?

Peace Corps is a government company.

Who are Peace Corps's competitors?

Who works at Peace Corps?

Are You An Executive, HR Leader, Or Brand Manager At Peace Corps?

Does the Peace Corps drug test?

Yes, the Peace Corps drug tests. It drug tests all potential volunteers and is known as a drug-free workplace program.

The Peace Corps either uses a mouth swab or a full panel urine drug test when screening volunteers.

Does the Peace Corps hire felons?

Yes, the Peace Corps does hire felons. However, they are very strict concerning this matter and take a number of factors into account when making this decision.

Applicants will be subjected to a National Agency Check (NAC) background investigation.

How do you answer: "Why are you interested in working for the Peace Corps?"

You answer "Why are you interested in working for the Peace Corps?" by expressing a passion for volunteer work and a desire to contribute to their core mission of helping communities around the world.

How do you write a cover letter for a job at the Peace Corps?

You write a cover letter for a job at the Peace Corps by highlighting your skills, previous philanthropic endeavors and expressing a passion for what they stand for and their mission to help communities around the globe.

How old do you have to be to work at the Peace Corps?

What benefits does the Peace Corps offer?

Here are some of the benefits volunteers at the Peace Corps receive...

What is the dress code at the Peace Corps?

What is the hiring process at the Peace Corps?

The hiring process at the Peace Corps is straight-forward, but can have a good deal of scrutiny during the interview phase, as it seeks to make sure you are a serious minded and committed candidate.

Zippia gives an in-depth look into the details of Peace Corps, including salaries, political affiliations, employee data, and more, in order to inform job seekers about Peace Corps. The employee data is based on information from people who have self-reported their past or current employments at Peace Corps. The data on this page is also based on data sources collected from public and open data sources on the Internet and other locations, as well as proprietary data we licensed from other companies. Sources of data may include, but are not limited to, the BLS, company filings, estimates based on those filings, H1B filings, and other public and private datasets. While we have made attempts to ensure that the information displayed are correct, Zippia is not responsible for any errors or omissions or for the results obtained from the use of this information. None of the information on this page has been provided or approved by Peace Corps. The data presented on this page does not represent the view of Peace Corps and its employees or that of Zippia.

Peace Corps may also be known as or be related to Peace Corps.