How to Become a Physicist

What is a Physicist

Physicists are scientists researching the mysteries of energy and matter. They conduct experiments to challenge existing theories and arrive at new conclusions through their investigations.

As a physicist, you will probe the wonders of the universe by simulating and observing physical phenomena, analyzing research results, and creating reports on your discoveries. You might develop models to illustrate your findings using computer design and publish your processes and results in articles featured in academic papers.

Your job is to develop new theories and define laws based on the outcome of your experiments. Various industries will use your results to improve their products, such as nuclear energy plants, aerospace technology developments, optics, and many more.

What Does a Physicist Do

Learn more about what a Physicist does

How To Become a Physicist

Physicists and astronomers typically need a Ph.D. for jobs in research and academia. However, physicist jobs in the federal government typically require a bachelor’s degree in physics. After receiving a Ph.D. in physics or astronomy, many researchers seeking careers in academia begin in temporary postdoctoral research positions.

A Ph.D. in physics, astronomy, or a related field is needed for jobs in research or academia or for independent research positions in industry.

Graduate students usually concentrate in a subfield of physics or astronomy, such as condensed matter physics or cosmology. In addition to taking courses in physics or astronomy, Ph.D. students need to take courses in mathematics, such as calculus, linear algebra, and statistics. Computer science classes also are essential, because physicists and astronomers often develop specialized computer programs that are used to gather, analyze, and model data.

Those with a master’s degree in physics may qualify for jobs in applied research and development for manufacturing and healthcare companies. Many master’s degree programs specialize in preparing students for physics-related research-and-development positions that do not require a Ph.D.

Most physics and astronomy graduate students have bachelor’s degrees in physics or a related field. Because astronomers need a strong background in physics, a bachelor’s degree in physics is often considered good preparation for Ph.D. programs in astronomy, although an undergraduate degree in astronomy may be preferred by some universities. Undergraduate physics programs provide a broad background in the natural sciences and mathematics. Typical courses include classical and quantum mechanics, thermodynamics, optics, and electromagnetism.

Those with only a bachelor’s degree in physics usually are qualified to work as technicians and research assistants in related fields, such as engineering and computer science. Those with a bachelor’s degree in astronomy also may qualify to work as an assistant at an observatory. Students who do not want to continue their studies to the doctorate level may want to take courses in instrument building and computer science.

Many physics and astronomy Ph.D. holders who seek employment as full-time researchers begin their careers in a temporary postdoctoral research position, which typically lasts 2 to 3 years. During their postdoctoral appointment, they work with experienced scientists and continue to learn about their specialties or develop a broader understanding of related areas of research. Senior scientists may carefully supervise their initial work, but as these postdoctoral workers gain experience, they usually do more complex tasks and have greater independence in their work.

Analytical skills. Physicists and astronomers need to be able to think logically to carry out scientific experiments and studies. They must be precise and accurate in their analyses because errors could invalidate their research. They must also be able to find and use funding effectively.

Concentration. Physicists and astronomers analyze large datasets to try to discern patterns that will yield information. This work often requires the ability to focus for hours over the course of many days.

Critical-thinking skills. Physicists and astronomers must carefully evaluate their own work and the work of others. They must determine whether results and conclusions are accurate and based on sound science.

Curiosity. Physicists and astronomers work in fields that are always on the cutting edge of technology. They must be very keen to learn continuously throughout their career. Indepth knowledge must be gained on a wide range of technical subjects, from computer programming to particle colliders.

Math skills. Physicists and astronomers perform complex calculations involving calculus, geometry, algebra, and other areas of mathematics. They must be able to express their research in mathematical terms.

Problem-solving skills. Physicists and astronomers use scientific observation and analysis, as well as creative thinking, to solve complex scientific problems.

Self-discipline. Physicists and astronomers spend a lot of time working alone and need to be able to stay motivated in their work.

Some positions with the federal government, such as those involving nuclear energy and other sensitive research areas, may require applicants to be U.S. citizens and hold a security clearance.

Physics as a discipline seeks to describe the physical universe at a deep and detailed level but is not limited to a specific body of knowledge. Rather, it is characterized as a broad set of problem-solving skills and strategies based on scientific principles that can be applied in many contexts. Employers requiring someone who can understand complex, often mathematically sophisticated problems and devise effective solutions to them often hire physicists for other types of jobs.

In addition to switching up your job search, it might prove helpful to look at a career path for your specific job. Now, what's a career path you ask? Well, it's practically a map that shows how you might advance from one job title to another. Our career paths are especially detailed with salary changes. So, for example, if you started out with the role of research associate you might progress to a role such as research scientist eventually. Later on in your career, you could end up with the title principal scientist.

Our resume builder tool will walk you through the process of creating a stand-out Physicist resume.

Average Salary for a Physicist

Physicists in America make an average salary of $106,822 per year or $51 per hour. The top 10 percent makes over $190,000 per year, while the bottom 10 percent under $59,000 per year.
Average Salary
$106,822
Find Your Salary Estimate
How much should you be earning as an Physicist? Use Zippia's Salary Calculator to get an estimation of how much you should be earning.
See More Salary Information

Find the best Physicist job for you

Our resume builder tool will walk you through the process of creating a stand-out Physicist resume.

Find the best Physicist job for you

Top Skills For a Physicist

The skills section on your resume can be almost as important as the experience section, so you want it to be an accurate portrayal of what you can do. Luckily, we've found all of the skills you'll need so even if you don't have these skills yet, you know what you need to work on. Out of all the resumes we looked through, 11.2% of physicists listed radiology on their resume, but soft skills such as analytical skills and communication skills are important as well.

Build a professional physicist resume in minutes. Browse through our resume examples to identify the best way to word your resume. Then choose from 12+ resume templates to create your physicist resume.

Best States For a Physicist

Some places are better than others when it comes to starting a career as a physicist. The best states for people in this position are New Mexico, North Carolina, Massachusetts, and Connecticut. Physicists make the most in New Mexico with an average salary of $135,602. Whereas in North Carolina and Massachusetts, they would average $125,171 and $124,160, respectively. While physicists would only make an average of $122,363 in Connecticut, you would still make more there than in the rest of the country. We determined these as the best states based on job availability and pay. By finding the median salary, cost of living, and using the Bureau of Labor Statistics' Location Quotient, we narrowed down our list of states to these four.

Total Physicist Jobs:
10
Highest 10% Earn:
$225,000
Location Quotient:
3.03
Location Quotient is a measure used by the Bureau of Labor Statistics (BLS) to determine how concentrated a certain industry is in a single state compared to the nation as a whole. You can read more about how BLS calculates location quotients here

Total Physicist Jobs:
32
Highest 10% Earn:
$208,000
Location Quotient:
2.07
Location Quotient is a measure used by the Bureau of Labor Statistics (BLS) to determine how concentrated a certain industry is in a single state compared to the nation as a whole. You can read more about how BLS calculates location quotients here

Total Physicist Jobs:
2
Highest 10% Earn:
$204,000
Location Quotient:
0.98
Location Quotient is a measure used by the Bureau of Labor Statistics (BLS) to determine how concentrated a certain industry is in a single state compared to the nation as a whole. You can read more about how BLS calculates location quotients here

How Do Physicist Rate Their Jobs? 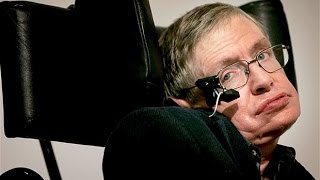 So You Want a Degree in Physics 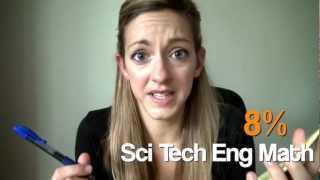 What can you do with a physics degree? Take 2 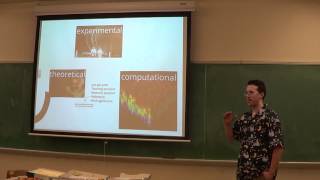 career in physics: life after college