Pilgrim's Pride Corporation, is a Brazilian-owned, multi-national food company, currently one of the largest chicken producers in the United States and Puerto Rico and the second-largest chicken producer in Mexico. It exited bankruptcy in December 2009 and relocated its U.S. headquarters to Greeley, Colorado, in 2011.
The staff at Pilgrim's Pride come from unusually diverse demographic backgrounds. The company is 38.9% female and 41.0% ethnic minorities. Pilgrim's Pride employees are more likely to be members of the Republican Party than the Democratic Party, with 52.5% of employees identifying as members of the Republican Party. But those numbers could change quickly because the turnover rate at Pilgrim's Pride is relatively high. Employees at Pilgrim's Pride stay with the company for an average of 2.4 years before leaving. The average employee at Pilgrim's Pride makes $32,104 per year. In comparison, some of its highest paying competitors, like Georgia-Pacific, Cargill, and Ventura Foods, pay $46,056, $44,318, and $39,379, respectively.
Based in Colorado, Pilgrim's Pride is an industry leader with 35,700 employees and an annual revenue of $10.7B.

To be the best managed and most respected company in the industry by being a valued partner with our key customers, relentless pursuit of operational excellence, and strategically growing our valued added exports.

Perks of Working at Pilgrim's Pride

Employees frequently mention the great benefits the company provides, as well as the strong management that invests in each employee's success.

The team at Pilgrim's Pride

Key People
The Inside Scoop
Pilgrim 's is one of the largest poultry producers in the world, producing healthy, high-quality food products that go into some of the world's finest recipes.

The Culture At Pilgrim's Pride

Information provided by the company
Provides compassionate, quality care to employees.
Pilgrim's is looking for leaders who are driven, ambitious, and have a passion for the poultry industry.

Pilgrim's Pride is ranked #90 on the Best Companies to Work For in Colorado list. Zippia's Best Places to Work lists provide unbiased, data-based evaluations of companies. Rankings are based on government and proprietary data on salaries, company financial health, and employee diversity.

How much does Pilgrim's Pride pay?
The national average salary for a Pilgrim's Pride employee in the United States is $32,104 per year. Employees in the top 10 percent can make over $56,000 per year, while employees at the bottom 10 percent earn less than $18,000 per year.
7.7
Salary Score
High Paying Jobs
Slot Floor Person, Health Specialist
Highest Paying Location
Plymouth, MA
Want to know more?
Show Salaries
Average Employee Earnings 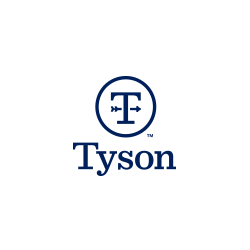 Do you Work At Pilgrim's Pride?

How Would You Rate The Company Culture Of Pilgrim's Pride?

Based on our research, similar companies to Pilgrim's Pride are Georgia-Pacific, Cargill, and Ventura Foods. The average salaries at Georgia-Pacific rank the highest, with their employees earning an average salary of $46,056 per year. The employees at Cargill earn an average yearly salary of $44,318 per year, and the salaries at Ventura Foods average $39,379 per year.
Company

When was Pilgrim's Pride founded?

How many Employees does Pilgrim's Pride have?

How much money does Pilgrim's Pride make?

Pilgrim's Pride generates $10.7B in revenue.

What industry is Pilgrim's Pride in?

Pilgrim's Pride is in the consumer packaged goods industry.

What is Pilgrim's Pride's mission?

Pilgrim's Pride's mission statement is "To be the best managed and most respected company in the industry by being a valued partner with our key customers, relentless pursuit of operational excellence, and strategically growing our valued added exports."

What type of company is Pilgrim's Pride?

Pilgrim's Pride is a public company.

Who are Pilgrim's Pride's competitors?

Who works at Pilgrim's Pride?

Are you an executive, HR leader, or brand manager at Pilgrim's Pride?

Zippia gives an in-depth look into the details of Pilgrim's Pride, including salaries, political affiliations, employee data, and more, in order to inform job seekers about Pilgrim's Pride. The employee data is based on information from people who have self-reported their past or current employments at Pilgrim's Pride. While we have made attempts to ensure that the information displayed are correct, Zippia is not responsible for any errors or omissions, or for the results obtained from the use of this information. The data presented on this page does not represent the view of Pilgrim's Pride and its employees or that of Zippia.