Find The Best Pipe Fitter Jobs For You

What Does a Pipe Fitter Do

Plumbers, pipefitters, and steamfitters install and repair pipes that carry liquids or gases to, from, and within businesses, homes, and factories.

Plumbers, pipefitters, and steamfitters typically do the following:

The movement of liquids and gases through pipes is critical to modern life. In homes, water is needed for both drinking and sanitation. In factories, chemicals are moved to aid in product manufacturing. In power plants, steam is moved to drive turbines that generate electricity. Plumbers, pipefitters, and steamfitters install and repair these pipe systems.

Although plumbers, pipefitters, and steamfitters perform three distinct and specialized roles, their duties are often similar. For example, they all install pipes and fittings that carry water, steam, air, or other liquids or gases. They connect pipes, determine the necessary materials for a job, and perform pressure tests to ensure that a pipe system is airtight and watertight.

Plumbers, pipefitters, and steamfitters install, maintain, and repair many different types of pipe systems. Some of these systems carry water, dispose of waste, supply gas to ovens, or heat and cool buildings. Other systems, such as those in power plants, carry the steam that powers huge turbines. Pipes also are used in manufacturing plants to move acids, gases, and waste byproducts through the production process.

Master plumbers on construction jobs may be involved with developing blueprints that show the placement of all the pipes and fixtures. Their input helps ensure that a structure’s plumbing meets building codes, stays within budget, and works well with the location of other features, such as electric wires. Many diagrams are now created digitally using Building Information Modeling (BIM), which allows a building’s physical systems to be planned and coordinated across occupations.

Plumbers, pipefitters, and steamfitters may use many different materials and construction techniques, depending on the type of project. Residential water systems, for example, use copper, steel, and plastic pipe that one or two plumbers can install. Power plant water systems, by contrast, are made of large steel pipes that usually take a crew of pipefitters to install. Some workers install stainless steel pipes on dairy farms and in factories, mainly to prevent contamination.

Plumbers and pipefitters sometimes cut holes in walls, ceilings, and floors. With some pipe systems, workers may hang steel supports from ceiling joists to hold the pipe in place. Because pipes are seldom manufactured to exact lengths, plumbers and pipefitters measure and then cut and bend lengths of pipe as needed. Their tools often include saws and pipe cutters.

They then connect the pipes, using methods that vary by type of pipe. For example, copper pipe is joined with solder, whereas steel pipe often is screwed together.

In addition to performing installation and repair work, journey- and master-level plumbers, pipefitters, and steamfitters frequently direct apprentices and helpers.

The following are examples of types of plumbers, pipefitters, and steamfitters:

Plumbers install and repair water, drainage, and gas pipes in homes, businesses, and factories. They install and repair large water lines, such as those which supply water to buildings, and smaller ones, including lines that supply water to refrigerators. Plumbers also install plumbing fixtures—bathtubs, showers, sinks, and toilets—and appliances such as dishwashers, garbage disposals, and water heaters. In addition, they fix plumbing problems. For example, when a pipe is clogged or leaking, plumbers remove the clog or replace the pipe. Some plumbers maintain septic systems—the large, underground holding tanks that collect waste from houses not connected to a city or county’s sewer system.

Pipefitters, sometimes referred to as just fitters, install and maintain pipes that carry chemicals, acids, and gases. These pipes are used mostly in manufacturing, commercial, and industrial settings. Fitters often install and repair pipe systems in power plants, as well as heating and cooling systems in large office buildings. Some pipefitters specialize:

How To Become a Pipe Fitter

Although most plumbers, pipefitters, and steamfitters learn on the job through an apprenticeship, some start out by attending a technical school. Most states and localities require plumbers to be licensed.

A high school diploma or equivalent is required.

Technical schools offer courses on pipe system design, safety, and tool use. They also offer welding courses that are considered necessary by some pipefitter and steamfitter apprenticeship training programs.

Most plumbers, pipefitters, and steamfitters learn their trade through a 4- or 5-year apprenticeship. Each year, apprentices must have at least 1,700 to 2,000 hours of paid on-the-job training and a minimum of 246 hours of related technical education.

Some plumbers, pipefitters, and steamfitters learn on the job through specific task-oriented training. Employers provide training that enables workers to complete a variety of tasks. The Home Builders Institute offers a pre-apprenticeship training program for eight construction trades, including plumbing.

After completing an apprenticeship program, plumbers, pipefitters, and steamfitters are considered to be journey workers, qualifying them to perform duties on their own.

With additional technical education and several years of plumbing experience, plumbers are eligible to earn master status. Some states require a business to employ a master plumber in order to obtain a plumbing contractor’s license.

A few states require pipefitters to be licensed. Several states require a special license to work on gas lines. Obtaining a license requires taking a test, gaining experience through work, or both. For more information, check with your state’s licensing board.

Business skills. Plumbers who own their own business must be able to direct workers, bid on jobs, and plan work schedules.

Customer-service skills. Plumbers work with customers on a regular basis, so they should be polite and courteous.

Mechanical skills. Plumbers, pipefitters, and steamfitters use a variety of tools to assemble and repair pipe systems. Choosing the right tool and successfully installing, repairing, or maintaining a system is crucial to their work.

Physical strength. Plumbers, pipefitters, and steamfitters must be strong enough to lift and move heavy pipe.

Troubleshooting skills. Plumbers, pipefitters, and steamfitters find, diagnose, and repair problems. For example, pipefitters must be able to perform pressure tests to pinpoint the location of a leak.

As you move along in your career, you may start taking on more responsibilities or notice that you've taken on a leadership role. Using our career map, a pipe fitter can determine their career goals through the career progression. For example, they could start out with a role such as foreman, progress to a title such as superintendent and then eventually end up with the title project superintendent.

Average Salary for a Pipe Fitter

Designing and figuring out what to include on your resume can be tough, not to mention time-consuming. That's why we put together a guide that is designed to help you craft the perfect resume for becoming a Pipe Fitter. If you're needing extra inspiration, take a look through our selection of templates that are specific to your job.

Learn How To Write a Pipe Fitter Resume

At Zippia, we went through countless Pipe Fitter resumes and compiled some information about how best to optimize them. Here are some suggestions based on what we found, divided by the individual sections of the resume itself.

Top Skills For a Pipe Fitter

The skills section on your resume can be almost as important as the experience section, so you want it to be an accurate portrayal of what you can do. Luckily, we've found all of the skills you'll need so even if you don't have these skills yet, you know what you need to work on. Out of all the resumes we looked through, 13.6% of pipe fitters listed hand tools on their resume, but soft skills such as communication skills and dexterity are important as well.

Best States For a Pipe Fitter

Some places are better than others when it comes to starting a career as a pipe fitter. The best states for people in this position are Alaska, New York, Washington, and New Jersey. Pipe fitters make the most in Alaska with an average salary of $64,017. Whereas in New York and Washington, they would average $59,800 and $56,249, respectively. While pipe fitters would only make an average of $53,801 in New Jersey, you would still make more there than in the rest of the country. We determined these as the best states based on job availability and pay. By finding the median salary, cost of living, and using the Bureau of Labor Statistics' Location Quotient, we narrowed down our list of states to these four.

Total Pipe Fitter Jobs:
79
Highest 10% Earn:
$76,000
Location Quotient:
1.87
Location Quotient is a measure used by the Bureau of Labor Statistics (BLS) to determine how concentrated a certain industry is in a single state compared to the nation as a whole. You can read more about how BLS calculates location quotients here

Total Pipe Fitter Jobs:
64
Highest 10% Earn:
$70,000
Location Quotient:
2.41
Location Quotient is a measure used by the Bureau of Labor Statistics (BLS) to determine how concentrated a certain industry is in a single state compared to the nation as a whole. You can read more about how BLS calculates location quotients here

Total Pipe Fitter Jobs:
64
Highest 10% Earn:
$75,000
Location Quotient:
1.23
Location Quotient is a measure used by the Bureau of Labor Statistics (BLS) to determine how concentrated a certain industry is in a single state compared to the nation as a whole. You can read more about how BLS calculates location quotients here

How Do Pipe Fitter Rate Their Jobs? 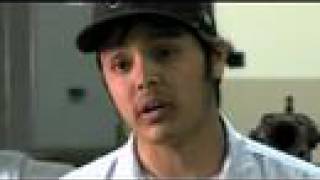 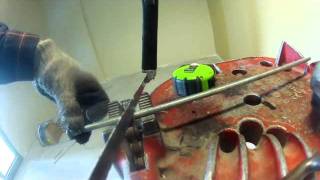 A day in the life of a Fire Sprinkler Pipe Fitter 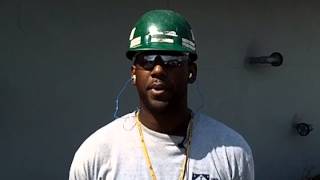