Planet Labs, Inc. (formerly Cosmogia, Inc.) is an American private Earth imaging company based in San Francisco, CA. The company designs and manufactures Triple-CubeSat miniature satellites called Doves that are then delivered into orbit as secondary payloads on other rocket launch missions. Each Dove is equipped with a high-powered telescope and camera programmed to capture different swaths of Earth. Each Dove Earth observation satellite continuously scans Earth, sending data once it passes over a ground station. Together, Doves form a satellite constellation that provides a complete image of Earth once per day at 3-5 m optical resolution.
The average employee at Planet Labs makes $35,731 per year. Pay at Planet Labs is significantly lower than some of its highest paying competitors, like DataGravity, Zerto, and RF Controls, which pay $81,733, $75,116, and $75,027, respectively.
Based in San Francisco, California, Planet Labs is a medium-sized company with 480 employees.

The team at Planet Labs

What do people say about Planet Labs

What do you like about working for Planet Labs?

Planet Labs is ranked #89 on the Best Start-up Companies to Work For in California list. Zippia's Best Places to Work lists provide unbiased, data-based evaluations of companies. Rankings are based on government and proprietary data on salaries, company financial health, and employee diversity.

Do you Work At Planet Labs? 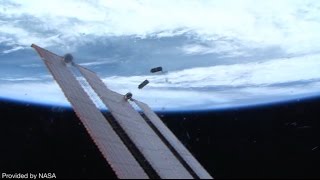 What's it like watching satellites deploy from the Space Station?

How Would You Rate The Company Culture Of Planet Labs?

Have you worked at Planet Labs? Help other job seekers by rating Planet Labs.

Based on our research, similar companies to Planet Labs are Zerto, SNW Asset Management, and DataGravity. The wages at Zerto average higher than the other similar companies, where the median salary is $86,135 per year. Employees at SNW Asset Management earn an average of $81,337 per year, and the employees at DataGravity earn an average salary of $80,837 per year.
Show More

When was Planet Labs founded?

How many Employees does Planet Labs have?

What industry is Planet Labs in?

What type of company is Planet Labs?

Planet Labs is a private company.

Who are Planet Labs's competitors?

Who works at Planet Labs?

Where is Planet Labs's headquarters?

You can find the Planet Labs website at planet.com.

Are you an executive, HR leader, or brand manager at Planet Labs?

Zippia gives an in-depth look into the details of Planet Labs, including salaries, political affiliations, employee data, and more, in order to inform job seekers about Planet Labs. The employee data is based on information from people who have self-reported their past or current employments at Planet Labs. While we have made attempts to ensure that the information displayed are correct, Zippia is not responsible for any errors or omissions, or for the results obtained from the use of this information. The data presented on this page does not represent the view of Planet Labs and its employees or that of Zippia.