How to Become a Platoon Leader

What is a Platoon Leader

The platoon is an important constituent of any country's army. The soldiers of a platoon have various roles and abilities that they expect to accomplish a mission. Just like any other team, they need a leader too for guidance and leadership. Platoon Leaders are their heads who motivate and inspire them to complete a mission. Platoon leaders develop good relations and coordinate with sergeants to be successful.

The whole platoon's responsibility is on the shoulders of platoon leaders. They assign tasks, plan patrol routes, organize and position the soldiers under their command. The performance of the platoon relies heavily on them. Either the platoon completes a mission successfully or fails to do so, platoon leaders are held responsible. And that is true as the crucial responsibility comes with the position.

The successful platoon leaders are victorious due to their intellect, character, personality, and presence. The profession enables you to earn $25.19 an hour, on average. Thanks to their combat and leadership skills, they are always ready for battle.

What Does a Platoon Leader Do

How To Become a Platoon Leader

Our resume builder tool will walk you through the process of creating a stand-out Platoon Leader resume.

Average Salary for a Platoon Leader

Platoon Leaders in America make an average salary of $81,379 per year or $39 per hour. The top 10 percent makes over $231,000 per year, while the bottom 10 percent under $28,000 per year.
Average Salary
$81,379
Find Your Salary Estimate
How much should you be earning as an Platoon Leader? Use Zippia's Salary Calculator to get an estimation of how much you should be earning.

Designing and figuring out what to include on your resume can be tough, not to mention time-consuming. That's why we put together a guide that is designed to help you craft the perfect resume for becoming a Platoon Leader. If you're needing extra inspiration, take a look through our selection of templates that are specific to your job.

Learn How To Write a Platoon Leader Resume

At Zippia, we went through countless Platoon Leader resumes and compiled some information about how to optimize them. Here are some suggestions based on what we found, divided by the individual sections of the resume itself.

Find the best Platoon Leader job for you

Our resume builder tool will walk you through the process of creating a stand-out Platoon Leader resume.

Find the best Platoon Leader job for you

Online Courses For Platoon Leader That You May Like

What separates a successful leader from a mediocre one? In this course, you will learn what successful 21st-century leaders look like and how you can adopt their inclusive leadership style. Using research and best practices, as well as stories from great leaders and everyday people, you will practice empowerment, accountability, courage, and humility—key leadership skills linked to inclusive, successful teams. Throughout the course, you will meet people like yourself, who want to be the best...

Become a talent management leader and develop your employees for success!...

Top Skills For a Platoon Leader

How Do Platoon Leader Rate Their Jobs? 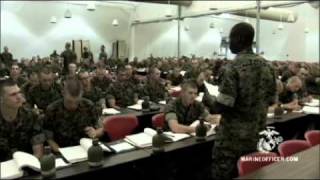 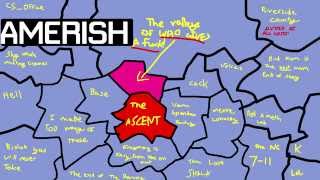 The Platoon Leader Chronicles: The Three Platoons You Will Always Be in.