The Culture At Pratt & Whitney

Instrument to rise above. That's why we work with an explorer's heart and a perfectionist's grit to design, build, and service the world's most advanced and unrelenting aircraft engines.

Perks of Working at Pratt & Whitney

Employees at Pratt & Whitney work in a challenging environment, handle interesting projects, have a great work-life balance, get a competitive salary and many other benefits.

My job responsibilities in development test

Old school. Not up to date in program technologies.

Pratt and Whitney has a great work environment. I felt the work I completed during my internship their was important and valuable.

My favorite perk was that I had the chance to experience various parts of the manufacturing process and how my work was important to it. I enjoyed this because I always got to see something new.

My initial review was deleted because this company has a ton of special interest clients, including Google, who censor the Truth about this corporation... I worked for Pratt for over 6 months as a Quality Inspector; my work was great, my coworkers appreciated me, and my supervisors respected me highly. Out of no where one day, the HR department called me into their office and advised me I was being suspended and investigated for posting a comment on my Facebook exposing Satanism, child-abuse and human trafficking. One week later they called me and informed me I was terminated from my employment. NH Unemployment Security deemed that my termination was unjustified, and that Pratt and Whitney did not even answer/show-up for NH Unemployment Security's investigation trial. DO NOT WORK FOR THIS COMPANY, AS THEIR ACTIONS PROMOTE THE TRAFFICKING, SEX-ABUSE AND SATANIC RITUAL SACRIFICE OF CHILDREN. THE HEADS OF THIS COMPANY ARE IN ASSOCIATION WITH THE SATANIC OCCULT WHO HATE JESUS CHRIST AND THE COMMON GOOD OF PEOPLE. YOU HAVE BEEN WARNED.

What do you like about working for Pratt & Whitney?

The Team At Pratt & Whitney

The Inside Scoop
Pratt & Whitney is a world leader in the design, manufacture and service of aircraft engines and auxiliary power units. Pratt & Whitney is committed to being the world-class provider of dependable engines, propulsion systems, parts and services that meet customer expectations. The company's large commercial engines power more than 25 percent of the world's mainline passenger fleet. Pratt & Whitney was founded in 1925 and is headquarted in East Hartford, CT.
Show More

Do you Work At Pratt & Whitney? 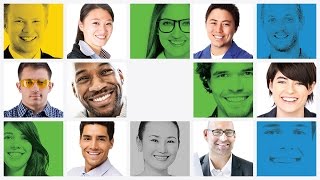 Your Career at Pratt & Whitney Canada

How Would You Rate The Company Culture Of Pratt & Whitney?

When was Pratt & Whitney founded?

How many Employees does Pratt & Whitney have?

How much money does Pratt & Whitney make?

Pratt & Whitney generates $16.2B in revenue.

What industry is Pratt & Whitney in?

Pratt & Whitney is in the aerospace industry.

What is Pratt & Whitney's mission?

Pratt & Whitney's mission statement is "Instrument to rise above. That's why we work with an explorer's heart and a perfectionist's grit to design, build, and service the world's most advanced and unrelenting aircraft engines."

What type of company is Pratt & Whitney?

Pratt & Whitney is a private company.

Who are Pratt & Whitney's competitors?

Who works at Pratt & Whitney?

Are You An Executive, HR Leader, Or Brand Manager At Pratt & Whitney?

Yes, Pratt Whitney does a drug test prior to an offer of employment. The drug test is a 10-panel urine screening that is usually done onsite or at a predetermined lab location.

In addition, Pratt Whitney reserves the right to drug test an employee at any time if substance use is suspected or if a workplace accident occurs. If a drug test is required and the result is positive, that can void any worker's compensation claims and can result in disciplinary action up to and including termination.

Yes, Pratt Whitney hires felons on a case-by-case basis. There have been some reports of employees being hired after a felony conviction. Having a criminal record may not be an automatic exclusion of employment, particularly if your charges were for something on the smaller side or a long time ago.

How Do You Answer: "Why Are You Interested In Working For Pratt Whitney?"

To answer "Why are you interested in working for Pratt Whitney?", you should play up your desire to grow with a well-known company that is committed to veterans and leadership.

Pratt Whitney has been recognized by the Military Times as a "Best for Vets" employer multiple times and is committed to helping veterans find their next mission. They value military experience and offer a wide variety of positions and opportunities for military personnel that are interested in pursuing a civilian career.

How Do You Write A Cover Letter For A Job At Pratt Whitney?

How Old Do You Have To Be To Work At Pratt Whitney?

You have to be 18 years old to work for Pratt Whitney, although most positions require at least a bachelor's degree.

For students just starting out, Pratt Whitney has internship opportunities available. Pratt Whitney believes that recent high school graduates and those who are in the process of obtaining their undergraduate degrees are able to bring fresh perspectives and new ideas to the company.

What Benefits Does Pratt Whitney Offer?

The full suite of benefits are:

What Is The Dress Code At Pratt Whitney?

What Is The Hiring Process At Pratt Whitney?

The hiring process at Pratt Whitney varies by position and can take several weeks from start to finish.

The hiring steps typically include:

Zippia gives an in-depth look into the details of Pratt & Whitney, including salaries, political affiliations, employee data, and more, in order to inform job seekers about Pratt & Whitney. The employee data is based on information from people who have self-reported their past or current employments at Pratt & Whitney. The data on this page is also based on data sources collected from public and open data sources on the Internet and other locations, as well as proprietary data we licensed from other companies. Sources of data may include, but are not limited to, the BLS, company filings, estimates based on those filings, H1B filings, and other public and private datasets. While we have made attempts to ensure that the information displayed are correct, Zippia is not responsible for any errors or omissions or for the results obtained from the use of this information. None of the information on this page has been provided or approved by Pratt & Whitney. The data presented on this page does not represent the view of Pratt & Whitney and its employees or that of Zippia.