What is a Producer?

Producers work for the entertainment industry. They secure resources and coordinate logistical arrangements for the making of a film, television show, or theatre performance. They make sure production expenses do not go over the budget, that deliverables are ready on time, and the finished products meet the expectations of investors.

They are responsible for hiring staff, coordinating creative work, preparing and presenting funding applications, monitoring and approving post-production work, and performing managerial tasks such as scheduling, planning work phases, and taking care of the marketing of the completed product.

If you want to be a producer, you should start with a college education in film or theatre or cultural management. It is not obligatory, though. Being a producer is all about finding creative ways to get something done, and there is never one path that always works. Many actors, writers, or other creative people who are now producers just started working on their own personal projects and discovered the know-how along the way.

What Does a Producer Do

Learn more about what a Producer does

How To Become a Producer

Most producers and directors have a bachelor’s degree and several years of work experience in an occupation related to motion picture, TV, or theater production, such as an actor, film and video editor, or cinematographer.

As you move along in your career, you may start taking on more responsibilities or notice that you've taken on a leadership role. Using our career map, a producer can determine their career goals through the career progression. For example, they could start out with a role such as production manager, progress to a title such as owner and then eventually end up with the title marketing and creative director.

Average Salary for a Producer

States With The Most Producer Jobs

Mouse over a state to see the number of active producer jobs in each state. The darker areas on the map show where producers earn the highest salaries across all 50 states.

Number Of Producer Jobs By State

Top Skills For a Producer

The skills section on your resume can be almost as important as the experience section, so you want it to be an accurate portrayal of what you can do. Luckily, we've found all of the skills you'll need so even if you don't have these skills yet, you know what you need to work on. Out of all the resumes we looked through, 9.4% of producers listed work ethic on their resume, but soft skills such as communication skills and leadership skills are important as well.

Zippia allows you to choose from different easy-to-use Producer templates, and provides you with expert advice. Using the templates, you can rest assured that the structure and format of your Producer resume is top notch. Choose a template with the colors, fonts & text sizes that are appropriate for your industry.

Advertising Disclosure  The courses listed below are affiliate links. This means if you click on the link and purchase the course, we may receive a commission.
Video Production, YouTube Marketing, & Video Marketing Guide
4.5
(974)

In this Final Cut Pro X Video Editing Course you will go from beginner to pro in under 4 hours! Filmmaking & Video Prod...

Best States For a Producer

Some places are better than others when it comes to starting a career as a producer. The best states for people in this position are Nevada, California, Connecticut, and New York. Producers make the most in Nevada with an average salary of $99,614. Whereas in California and Connecticut, they would average $99,201 and $95,447, respectively. While producers would only make an average of $94,925 in New York, you would still make more there than in the rest of the country. We determined these as the best states based on job availability and pay. By finding the median salary, cost of living, and using the Bureau of Labor Statistics' Location Quotient, we narrowed down our list of states to these four.

Total Producer Jobs:
470
Highest 10% Earn:
$161,000
Location Quotient:
2.12 Location Quotient is a measure used by the Bureau of Labor Statistics (BLS) to determine how concentrated a certain industry is in a single state compared to the nation as a whole. You can read more about how BLS calculates location quotients here

Total Producer Jobs:
732
Highest 10% Earn:
$168,000
Location Quotient:
1.45 Location Quotient is a measure used by the Bureau of Labor Statistics (BLS) to determine how concentrated a certain industry is in a single state compared to the nation as a whole. You can read more about how BLS calculates location quotients here

Total Producer Jobs:
74
Highest 10% Earn:
$161,000
Location Quotient:
1.29 Location Quotient is a measure used by the Bureau of Labor Statistics (BLS) to determine how concentrated a certain industry is in a single state compared to the nation as a whole. You can read more about how BLS calculates location quotients here

How Do Producer Rate Their Jobs?

We've made finding a great employer to work for easy by doing the hard work for you. We looked into employers that employ producers and discovered their number of producer opportunities and average salary. Through our research, we concluded that CBS was the best, especially with an average salary of $118,506. Farmers Insurance Group follows up with an average salary of $84,901, and then comes CNN with an average of $80,846. In addition, we know most people would rather work from home. So instead of having to change careers, we identified the best employers for remote work as a producer. The employers include Activision Blizzard, Atlassian, and Randstad North America, Inc.

Most Common Employers For Producer 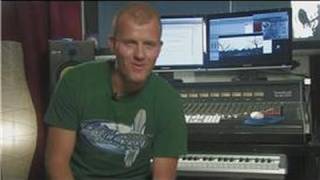 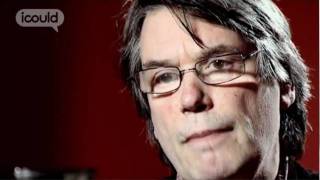 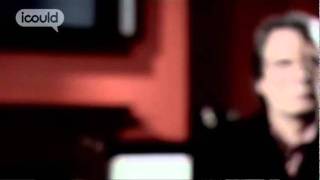 A producer is a music industry professional who is the creative leader of a recording session or album, while an engineer is someone who uses their technical knowledge to bring the producer's vision to life.

Is It Hard To Become A Producer?

Yes, it's hard to be a producer. Being a producer is both incredibly hard and incredibly easy. There are many different types of producers, and each one has its own hurdles.

A producer is the person who heads up or assists with the production of a film, TV show, or other types of entertainment. Depending on the nature of the position, a producer may help a screenwriter develop a script, find financing, hire the crew, or be involved with all of these aspects of content creation.

What Is A Producer In Science?

What Is The Difference Between An Executive Producer And A Producer?

What Is The Job Of A Producer?

The job of a producer is to manage the key elements of the project.