The Culture At PSEG

Information provided by the company
Our commitments, which include safety, integrity, customer focus, and diversity & inclusion, are the fabric of our culture and help drive the success of our business.

PSEG is a diversified energy company. Established in 1903, the company has long had a key role in fueling New Jersey's economy and supporting the state's quality of life. Public Service Electric and Gas (PSE&G) is New Jersey's largest provider of electric and gas service - serving 2.2 million electric customers and 1.8 million gas customers or nearly three out of every four people in the state. PSEG also owns and operates a diverse fleet of power plants with more than 13,000 megawatts of generating capacity located primarily in the Mid-Atlantic and Northeast regions and has solar energy facilities throughout the United States. Another member of the PSEG family of companies, PSEG Long Island, operates the electric transmission and distribution system of the Long Island Power Authority, with 1.1 million customers. PSEG has approximately 12,700 employees, who are carrying forward a proud tradition of dedicated service over more than 100 years.
The staff at PSEG come from unusually diverse demographic backgrounds. The company is 30.2% female and 42.8% ethnic minorities. PSEG employees are slightly more likely to be members of the Democratic Party than the Republican Party, with 55.0% of employees identifying as members of the Democratic Party. Despite their political differences, employees at PSEG seem to be happy. The company has great employee retention with staff members usually staying for 5.9 years. The average employee at PSEG makes $61,305 per year, which is competitive for its industry and location. Some of its highest paying competitors, American Electric Power, Eversource Energy, and Ameren, pay $62,596, $52,961, and $51,985, respectively.
Based in New Jersey, PSEG is an industry leader with 12,945 employees and an annual revenue of $9.6B.

We will be recognized as the industry leader in producing and delivering safe, reliable, economic and clean energy by our employees, customers, investors and the communities we serve.

Perks of Working at PSEG

They understand that a company is only as good as its people. This simple fact is central to all that they do. They also provide great compensation packages for their employees.

Loved it there for 41 years . Just retired

Positive energy that is around.

The project is coming to a close.

The project we working on.

Gave me experience and a comfortable life.

Male dominated workforce, i wished there were more females.

Nothing to say
Anonymous review of PSEG

Do you work at PSEG? Rate PSEG as an Employer.

How would you rate working at PSEG?

The Team At PSEG

The Inside Scoop
If you're one of the business customers of PSE&G, tget know that you sometimes have very specific needs. That's why they have a dedicated customer service phone line just for you. Check their Business Resource Center for money-saving tips and special programs to help your business stay energized.
Show More

PSEG is ranked #17 on the Best Utilities Companies to Work For in America list. Zippia's Best Places to Work lists provide unbiased, data-based evaluations of companies. Rankings are based on government and proprietary data on salaries, company financial health, and employee diversity.

Research Summary. Using a database of 30 million profiles, Zippia estimates demographics and statistics for PSEG. Our estimates are verified against BLS, Census, and current job openings data for accuracy. After extensive research and analysis, Zippia's data science team found that:

Do you Work At PSEG? 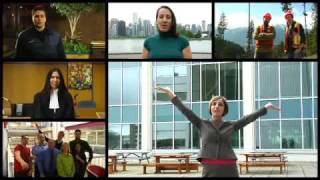 How Would You Rate The Company Culture Of PSEG?

Have you worked at PSEG? Help other job seekers by rating PSEG.

Some of the competitors of PSEG are American Electric Power, Eversource Energy, and Ameren. The average salaries at American Electric Power rank the highest, with their employees earning an average salary of $62,596 per year. The employees at Eversource Energy earn an average yearly salary of $52,961 per year, and the salaries at Ameren average $51,985 per year.
Company

When was PSEG founded?

How many Employees does PSEG have?

How much money does PSEG make?

PSEG generates $9.6B in revenue.

What industry is PSEG in?

PSEG is in the utilities industry.

PSEG's mission statement is "We will be recognized as the industry leader in producing and delivering safe, reliable, economic and clean energy by our employees, customers, investors and the communities we serve."

What type of company is PSEG?

PSEG is a public company.

Who works at PSEG?

Are You An Executive, HR Leader, Or Brand Manager At PSEG?

Zippia gives an in-depth look into the details of PSEG, including salaries, political affiliations, employee data, and more, in order to inform job seekers about PSEG. The employee data is based on information from people who have self-reported their past or current employments at PSEG. The data on this page is also based on data sources collected from public and open data sources on the Internet and other locations, as well as proprietary data we licensed from other companies. Sources of data may include, but are not limited to, the BLS, company filings, estimates based on those filings, H1B filings, and other public and private datasets. While we have made attempts to ensure that the information displayed are correct, Zippia is not responsible for any errors or omissions or for the results obtained from the use of this information. None of the information on this page has been provided or approved by PSEG. The data presented on this page does not represent the view of PSEG and its employees or that of Zippia.