What Does a Public Address Announcer Do

Announcers present music, news, and sports and may provide commentary or interview guests about these other important topics. Some act as masters of ceremonies (emcees) or disc jockeys (DJs) at weddings, parties, or clubs.

How To Become a Public Address Announcer

College broadcasting programs offer courses, such as voice and diction, to help students improve their vocal qualities. In addition, these programs prepare students to work with the computer and audio equipment and software used at radio and television studios.

Public address system and other announcers typically need short-term on-the-job training upon being hired. This training allows these announcers to become familiar with the equipment they will be using during sporting and entertainment events. For sports public address announcers, training also may include basic rules and information for the sports they are covering.

Radio and television announcers may also need some short-term on-the-job training to learn to operate the audio and production equipment. Many employers, however, expect applicants to have some basic skills prior to employment. Applicants typically gain these skills from their college degree program, work on the college radio or television station, or previous internships.

Announcers typically need a few years at a small-market station to work out the “kinks” of their on-air personalities. During that time, they learn to sound more comfortable and credible as an on-air talent and become more conversational with their cohosts and guests. Therefore, time and experience allow applicants to advance to positions in larger markets, which offer higher pay and more responsibility and challenges.

When making hiring decisions, large-market stations rely on announcers’ personalities and past performance. Radio and television announcers need to have proven that they can attract, engage, and keep a sizeable audience.

Many stations also rely on radio and television announcers to do other tasks, such as creating and updating a social media presence on social networking sites, making promotional appearances on behalf of the station, or even selling commercial time to advertisers. Therefore, an applicant needs to have demonstrated versatility and flexibility at the smaller market station.

Computer skills. Announcers, especially those seeking careers in radio or television, should have good computer skills and be able to use computers, editing equipment, and other broadcast-related devices.

Interpersonal skills. Radio and television announcers must be able to interview guests and answer phone calls on air. Party disc jockeys (DJs) and emcees should be comfortable working with clients to plan entertainment options.

Persistence. Entry into this occupation is very competitive, and many auditions may be needed for an opportunity to work on the air. Many entry-level announcers must be willing to work for a small station and be flexible to move to a small market to secure their first job.

Research skills. Announcers must research the important topics of the day in order to be knowledgeable enough to comment on them during their program.

Speaking skills. Announcers must have a pleasant and well-controlled voice, good timing, and excellent pronunciation.

As you move along in your career, you may start taking on more responsibilities or notice that you've taken on a leadership role. Using our career map, a public address announcer can determine their career goals through the career progression. For example, they could start out with a role such as reporter, progress to a title such as editor and then eventually end up with the title executive director.

Public Address Announcers in America make an average salary of $48,662 per year or $23 per hour. The top 10 percent makes over $70,000 per year, while the bottom 10 percent under $33,000 per year.
Average Salary
$48,662
Find Your Salary Estimate
How much should you be earning as an Architect? Use Zippia's Salary Calculator to get an estimation of how much you should be earning.

Online Courses For Public Address Announcer That You May Like

Learn how Game Design and Gamification methods are used to change human behavior. The Game Beyond...

Learn how to drastically improve your soccer skills, fitness, confidence, and game intelligence FASTER than ever before...

The skills section on your resume can be almost as important as the experience section, so you want it to be an accurate portrayal of what you can do. Luckily, we've found all of the skills you'll need so even if you don't have these skills yet, you know what you need to work on. Out of all the resumes we looked through, 18.9% of public address announcers listed league baseball on their resume, but soft skills such as computer skills and interpersonal skills are important as well.

How Do Public Address Announcer Rate Their Jobs? 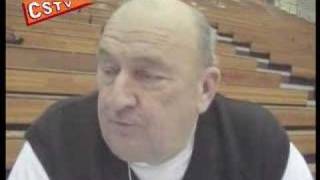 How To Be A Public Address Announcer 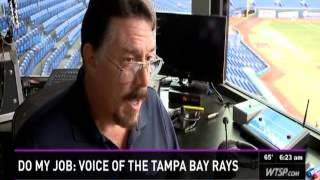 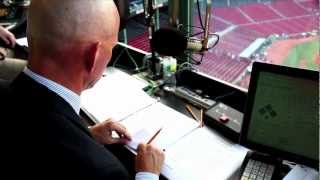