Find The Best Public Health Worker Jobs For You

There is more than meets the eye when it comes to being a public health worker. For example, did you know that they make an average of $21.39 an hour? That's $44,495 a year!

What Does a Public Health Worker Do

There are certain skills that many public health workers have in order to accomplish their responsibilities. By taking a look through resumes, we were able to narrow down the most common skills for a person in this position. We discovered that a lot of resumes listed analytical skills, interpersonal skills and problem-solving skills.

When it comes to searching for a job, many search for a key term or phrase. Instead, it might be more helpful to search by industry, as you might be missing jobs that you never thought about in industries that you didn't even think offered positions related to the public health worker job title. But what industry to start with? Most public health workers actually find jobs in the government and hospitality industries.

How To Become a Public Health Worker

In addition to switching up your job search, it might prove helpful to look at a career path for your specific job. Now, what's a career path you ask? Well, it's practically a map that shows how you might advance from one job title to another. Our career paths are especially detailed with salary changes. So, for example, if you started out with the role of driver you might progress to a role such as foreman eventually. Later on in your career, you could end up with the title case manager.

Public Health Workers in America make an average salary of $44,495 per year or $21 per hour. The top 10 percent makes over $60,000 per year, while the bottom 10 percent under $32,000 per year.
Average Salary
$44,495
Find Your Salary Estimate
How much should you be earning as an Architect? Use Zippia's Salary Calculator to get an estimation of how much you should be earning.

Online Courses For Public Health Worker That You May Like 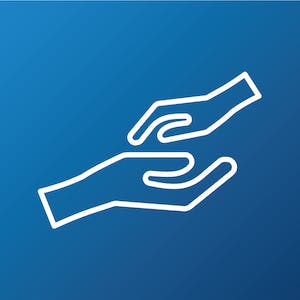 The Public Health Approach course is the first instalment of the wider Foundations of Public Health Practice specialisation from Imperial College London's Global Master of Public Health (MPH). The scope and content of this course has been developed from the ground up by a combined team of academics and practitioners drawing on decades of real-world public health experience as well as deep academic knowledge. Through short video lectures, practitioner interviews and a wide range of interactive ac...

The People, Power, and Pride of Public Health

The People, Power, and Pride of Public Health provides an engaging overview of the incredible accomplishments and promise of the public health field. The first module includes interviews with legendary public health figures whose work led to millions of lives saved with vaccines, air bags and car seats, and the federal Women Infants and Children (WIC) nutrition program. The second module brings key public health tools to life - including use of data, communications, and policy - through discussi... 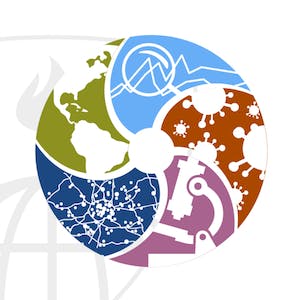 This specialization is intended for people working or aspiring to work in the field of public health at the local, regional, and national level. Over five courses taught by faculty from the preeminent school of public health, you'll learn to use the core epidemiologic toolset to measure the health of populations, assess interventions, collect and analyze data, and investigate outbreaks and epidemics...

The skills section on your resume can be almost as important as the experience section, so you want it to be an accurate portrayal of what you can do. Luckily, we've found all of the skills you'll need so even if you don't have these skills yet, you know what you need to work on. Out of all the resumes we looked through, 13.6% of public health workers listed public works on their resume, but soft skills such as analytical skills and interpersonal skills are important as well.

Some places are better than others when it comes to starting a career as a public health worker. The best states for people in this position are Maryland, California, Nevada, and New York. Public health workers make the most in Maryland with an average salary of $58,696. Whereas in California and Nevada, they would average $53,195 and $50,738, respectively. While public health workers would only make an average of $50,027 in New York, you would still make more there than in the rest of the country. We determined these as the best states based on job availability and pay. By finding the median salary, cost of living, and using the Bureau of Labor Statistics' Location Quotient, we narrowed down our list of states to these four.

Total Public Health Worker Jobs:
6,756
Highest 10% Earn:
$90,000
Location Quotient:
1.49
Location Quotient is a measure used by the Bureau of Labor Statistics (BLS) to determine how concentrated a certain industry is in a single state compared to the nation as a whole. You can read more about how BLS calculates location quotients here

Total Public Health Worker Jobs:
357
Highest 10% Earn:
$73,000
Location Quotient:
1.31
Location Quotient is a measure used by the Bureau of Labor Statistics (BLS) to determine how concentrated a certain industry is in a single state compared to the nation as a whole. You can read more about how BLS calculates location quotients here

Total Public Health Worker Jobs:
803
Highest 10% Earn:
$97,000
Location Quotient:
0.81
Location Quotient is a measure used by the Bureau of Labor Statistics (BLS) to determine how concentrated a certain industry is in a single state compared to the nation as a whole. You can read more about how BLS calculates location quotients here

How Do Public Health Worker Rate Their Jobs?